'We want the bad guys to know we will be out there' MPD, Tennessee Highway Patrol, Sheriff's Office join forces to crack down on interstate shootings

Campaign will also target speeders, drag races with local deadly accidents up 20% compared to this point in 2020. 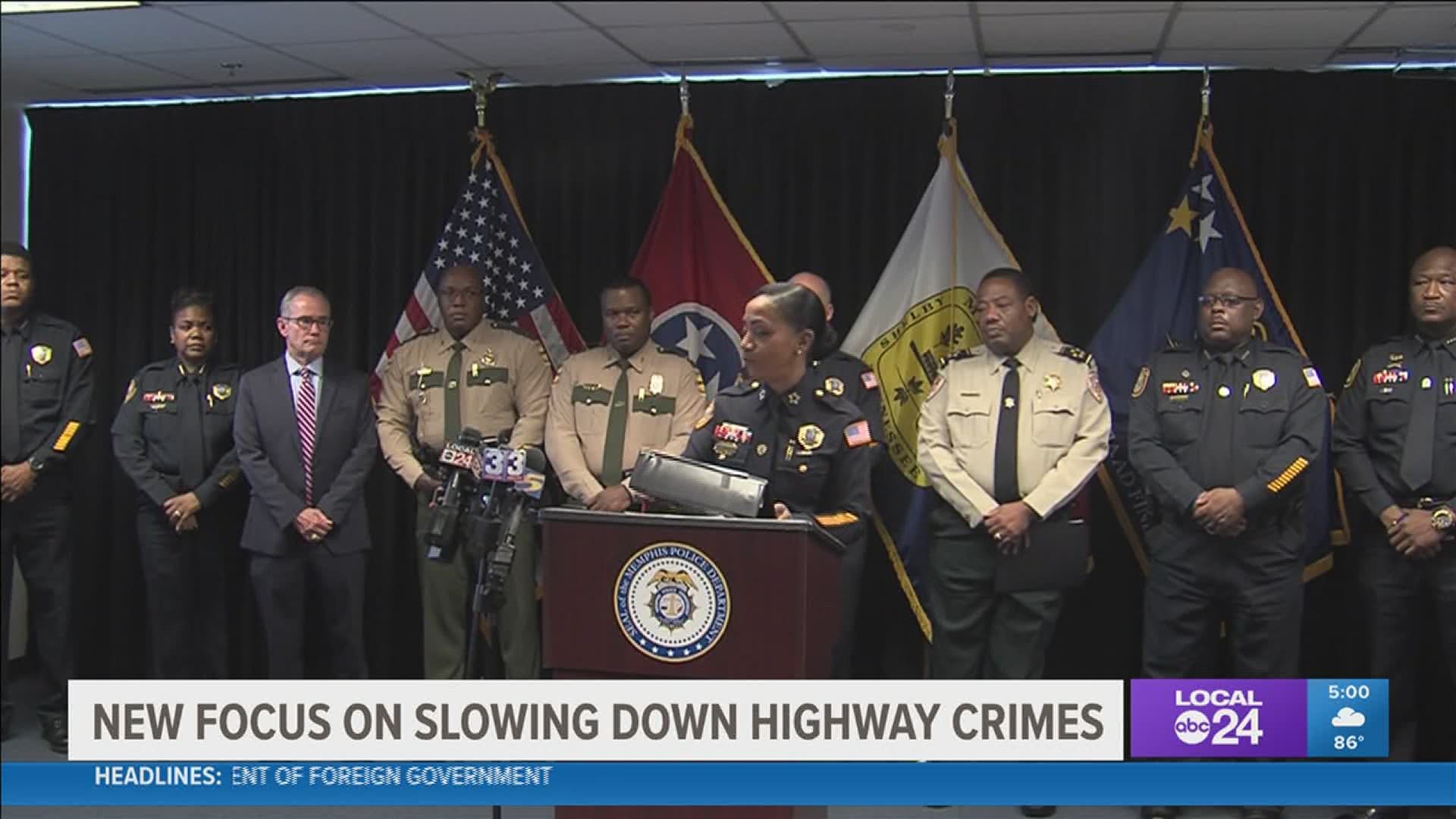 MEMPHIS, Tennessee — "The facts are clear, we must bring all available resources together to address the lawlessness and these brazen violent acts and attacks that threaten innocent motorists," Memphis Police Chief CJ Davis said.

"In the months ahead, we will work diligently to change this narrative," Chief Davis said.

Tuesday afternoon, Chief Davis announced that after meeting with THP and the Shelby County Sheriff's Office last week, there is now a new road enforcement partnership and more manpower on patrol.

"Our citizens are not feeling safe, we are going to work extremely hard. We are doubling down," Shelby County Sheriff Floyd Bonner said.

"Well, you are going to see a large presence and we ask people to be patient with us about this presence, that this presence isn't about numbers, it's about being laser focused on individuals who are committing the most egregious crimes out on our streets," Chief Davis responded.

The operation will pull troopers from surrounding counties and will rely on overtime from all agencies, to hone in on speeders and drag racers.

Chief Davis expected available law enforcement dollars will also assist in the road enforcement effort to pay for technology such as license plate readers and other camera systems.