What's being done about all the highway shootings in Memphis?

There have been 70 shootings on Memphis interstates and highways in the first half of 2021. 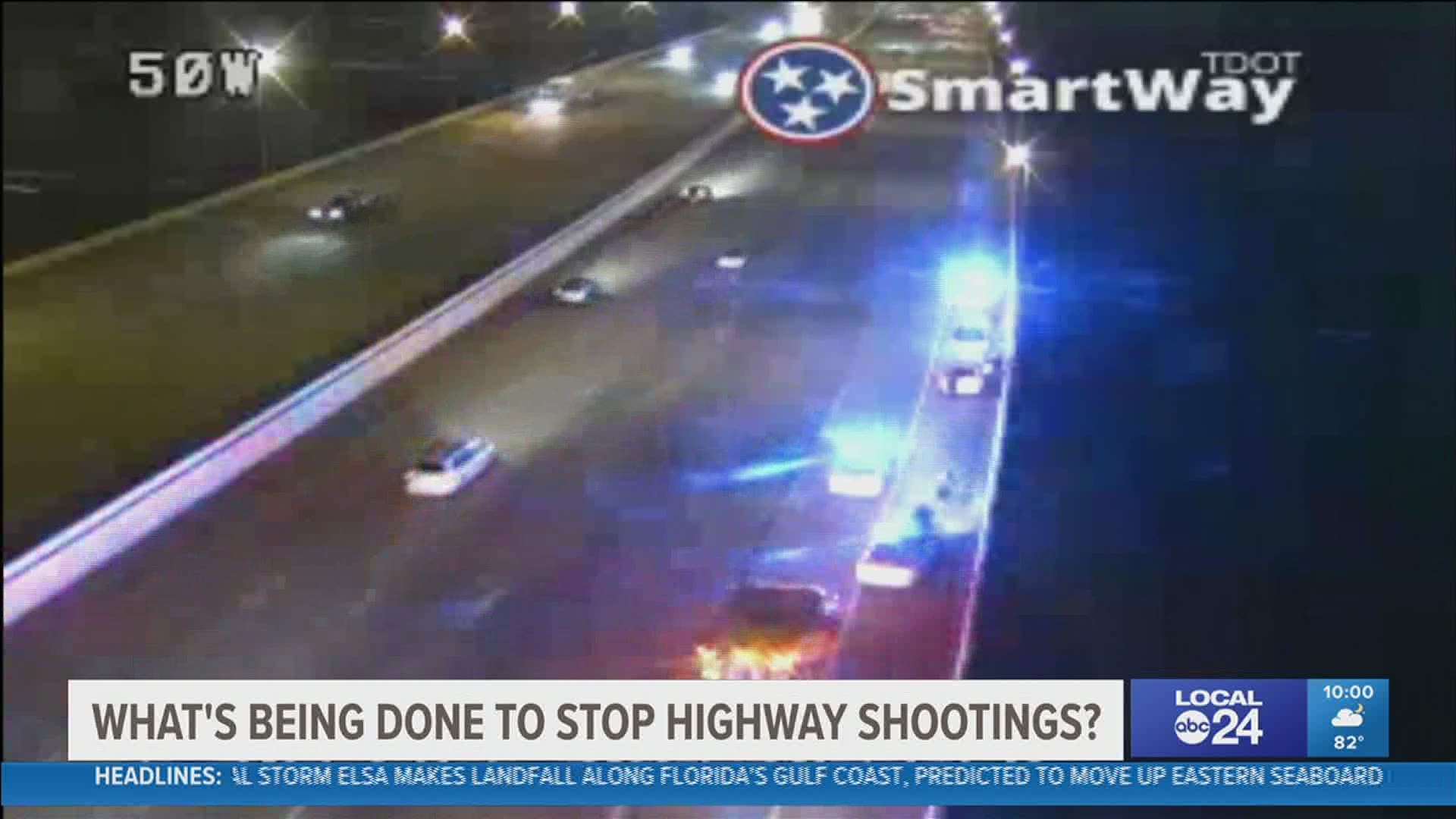 MEMPHIS, Tenn. — Tuesday evening saw yet another highway shooting in Memphis. This time it happened on Interstate 40 just west of Sycamore View. The victim, who didn't feel comfortable sharing her experience on camera, told police an unknown suspect in a white BMW SUV rolled down their front passenger window and fired two shots at her car. Her driver's side window was shattered.

On Wednesday, Memphis Police said they'd like to team up with other law enforcement agencies with a massive presence to crack down on these shootings. It has worked in the past, but MPD Assistant Chief of Police Don Crowe said it's a matter of resources.

"Tennessee Highway Patrol, I think we wish they would help us more with what they do, but I think they’re giving resources when they can," Crowe said.

Crowe said as a big city, Memphis needs more of the 53 state troopers assigned to west Tennessee, despite the agency's latest operation aimed to address the need.

"The Tennessee Highway Patrol does have an operation in place right now," Crowe said. "It’s "Operation Guardian Angel" and they are patrolling in the Memphis area, but again we’d like to see that increase just a little more."

Drivers say elected officials need to do something to stop the growing number of Memphis highway shootingshttps://t.co/sxnaOVCCmF

Tennessee Governor Bill Lee's office blames a national shortage of troopers as to why he hasn't sent more to Memphis. His office did offer some hope, eventually.

"This was a top priority during the recent legislative session, which is why the state’s FY21-22 budget included additional funding for improved training, pay raises and a new class of 22 State Troopers and 20 new TBI Field Agents," Lee's office said in a statement. "A portion of this new trooper class will be assigned to Shelby County after their training is complete."

When Local 24 News asked how many of that new class would be assigned to Memphis, Lee's office did not have a specific number.