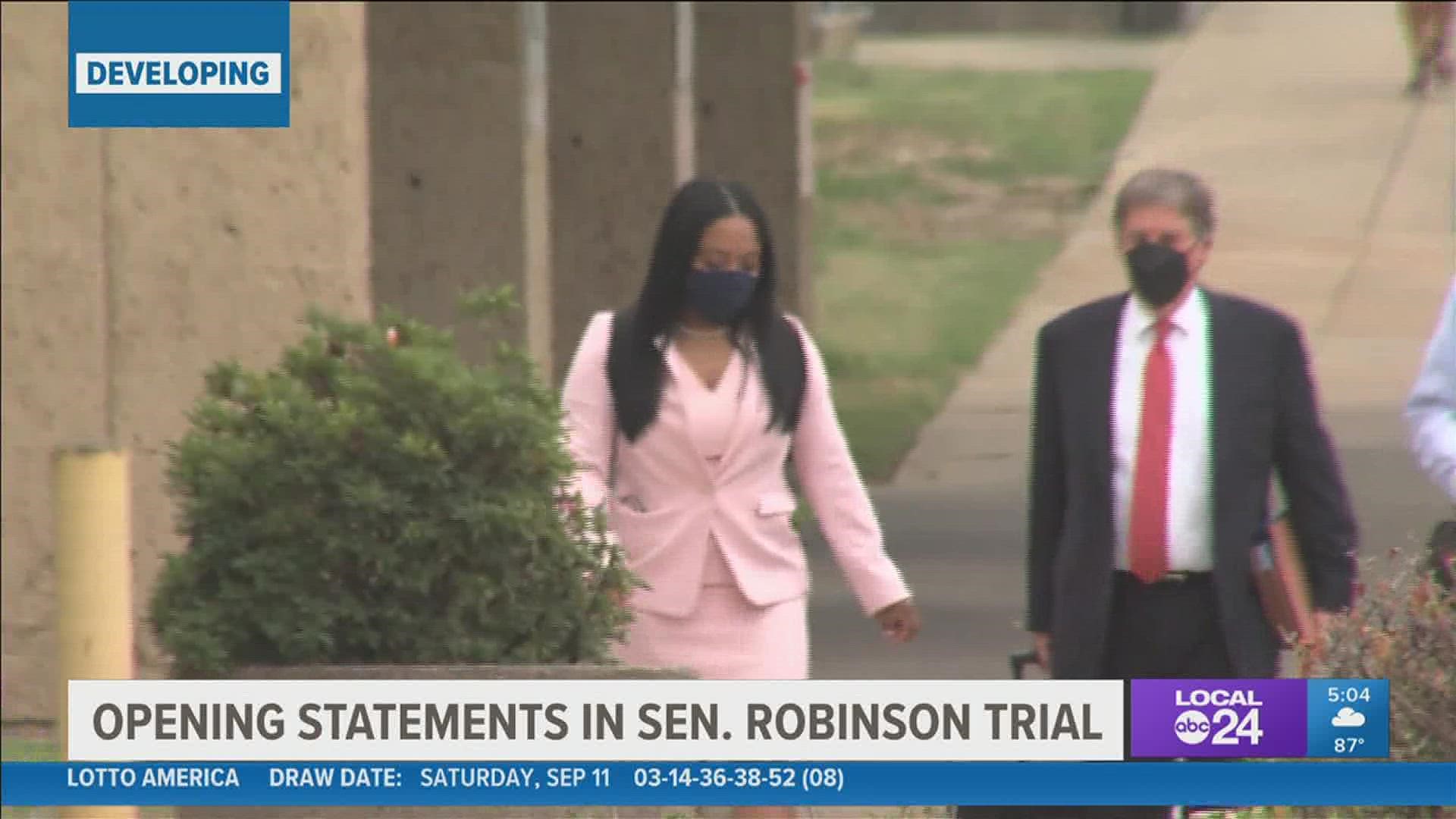 She's facing federal theft charges, along with wire fraud and money laundering, in two separate cases. Both are related to her nursing school in Hickory Hill called The Healthcare Institute.

During opening statements, prosecutors said Robinson got a grant to train people in geriatric care, and while she did train people to do that, they said documents show false information about students, their status, graduation, and more.

Katrina Robinson's lawyer said the Memphis Democrat used profits generated from tuition payments to the Memphis school and other income to pay for items such as a 2016 Jeep Renegade and fund a snow cone business operated by her children.

Robinson's lawyer said the state senator did what she was supposed to, and the grant was a success. The attorney said Robinson hired an accounting firm to do the books, and even had a second accounting firm take a look, and no one said there was a problem.

Robinson has pleaded not guilty to charges of wire fraud, and theft and embezzlement involving government programs.

The trial is expected to last at least three weeks.

The Associated Press Contributed to this report.

9/13/2021: Jury selection for the trial of State Senator Katrina Robinson wrapped up late Monday evening. Twelve jurors were selected from a pool of 56 in the case of wire fraud, theft and embezzlement against her.

Robinson, a democrat from Memphis, is accused of spending federal grant money meant for her Hickory Hill nursing school on designer handbags, her honeymoon and other personal items, instead.

Flanked by her attorney's Robinson walked into the federal courthouse in Downtown Memphis with her attorney's around 10 Tuesday morning for a jury selection process that lasted most of the day. Looking on were several of her supporters, many students of her nursing school. No cameras were allowed inside the courtroom to make room for the 56 potential jurors for the trial.

Robinson has pleaded not guilty to charges of using $600,000 in federal grants intended for her nursing school to pay for personal things, among them her wedding and then her divorce. The school called the Healthcare Institute provides job training in healthcare.

All 12 jurors and 4 alternates were urged by the judge in the case to get vaccinated if they weren't already. The trial is expected to last at least 3 weeks with the public allowed inside the courtroom if there is space. 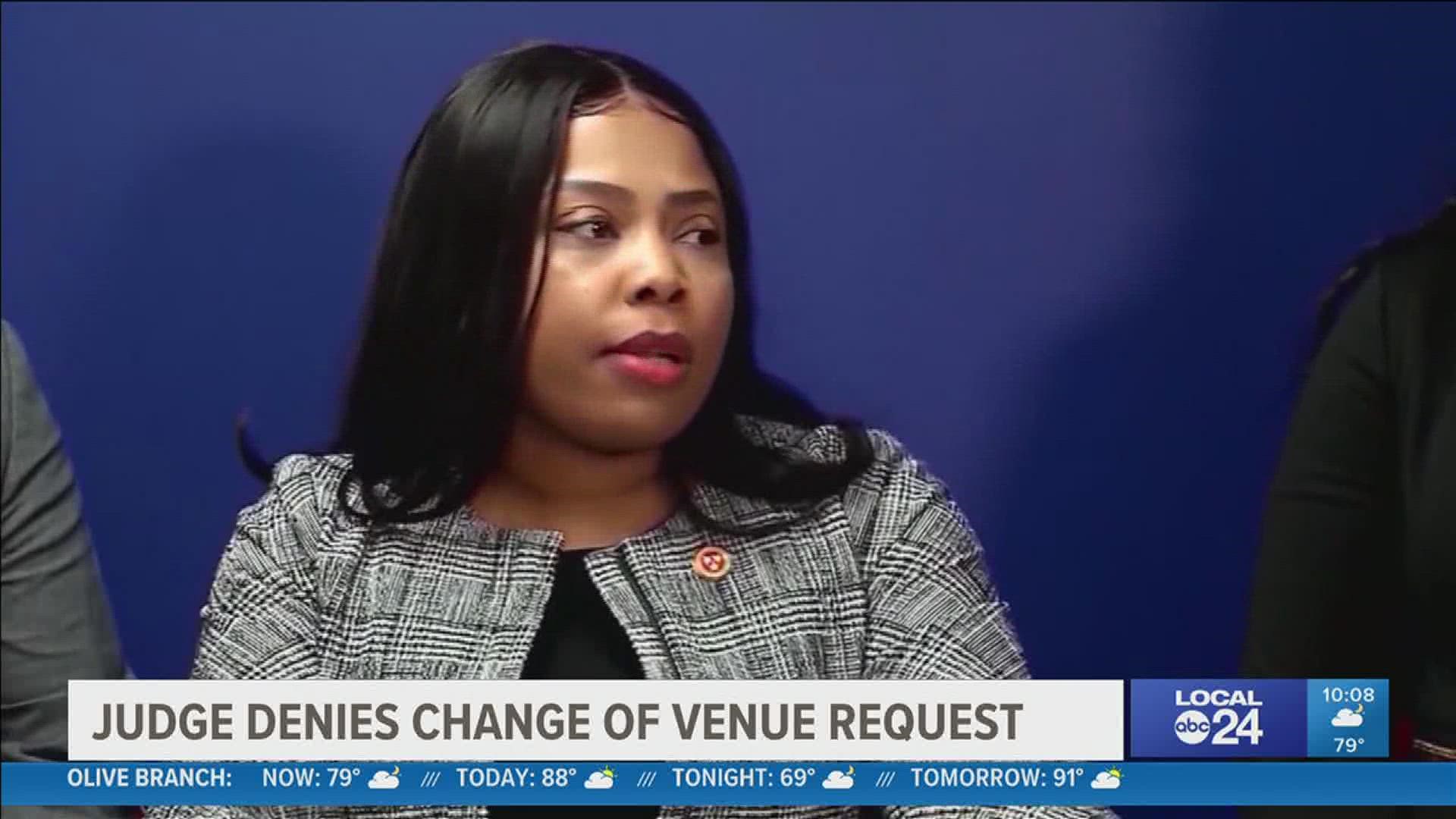 Tennessee State Sen. Katrina Robinson will go to trial, but the location is in question.

According to a report in the Daily Memphian, prosecutors filed a motion Thursday asking for a judge to move the trial, which is scheduled for September 13. They want the trial moved from Memphis to Jackson, Tennessee. Barring moving the location of the trial, lawyers want a jury pool from outside of Shelby County. A hearing is set for Friday.

Robinson faces federal charges of stealing, intentionally misapplying for funding, federal wire fraud, and money laundering in two separate cases. Both are related to her nursing school, The Healthcare Institute.