Two officers were taken to the hospital following the incident Saturday morning. 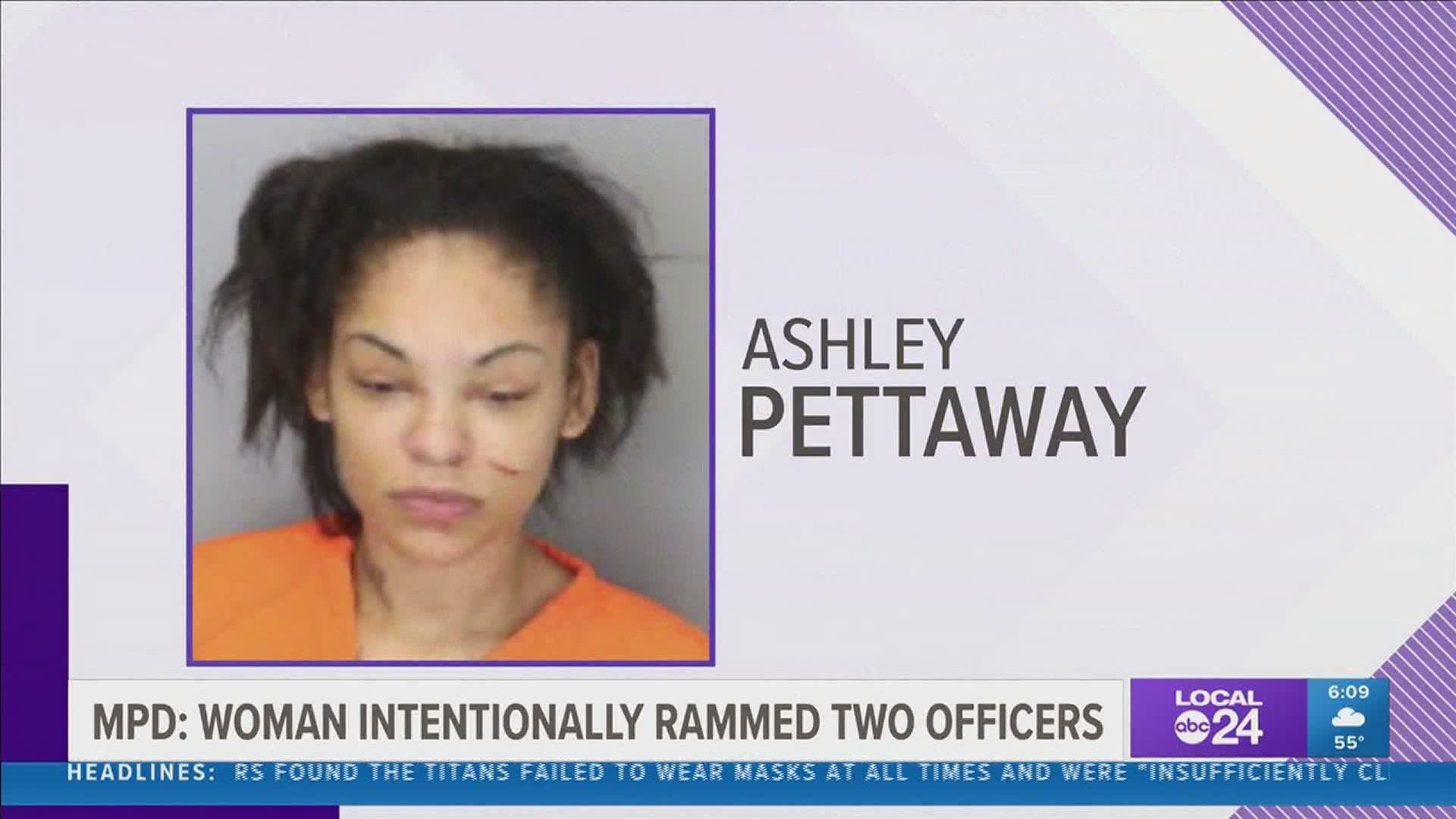 MEMPHIS, Tenn. — A Memphis woman is behind bars after police said she rammed into two police squad cars after getting into a fight with officers.

According to the police affidavit, about 6:15 a.m. Saturday morning, Memphis police officers working a separate incident at Winchester and Goodlett saw Pettaway speeding through a parking lot, driving over curbs and grass, and cursing at the officers.

Investigators said she left, but returned about 156 minutes later, intentionally running a red light and ramming into two squad cars. The two officers in the cars were taken to the hospital. They said Pettaway had come back to the scene and intentionally run into the squad cars after getting into a “verbal altercation” with the officers 15 minutes before.

According to the affidavit, Pettaway admitted to the incident. She is in jail on $7,500 bond.