Miracle Rutherford was charged this week in the June 2021 crash at a home on Horn Lake Road in Whitehaven. 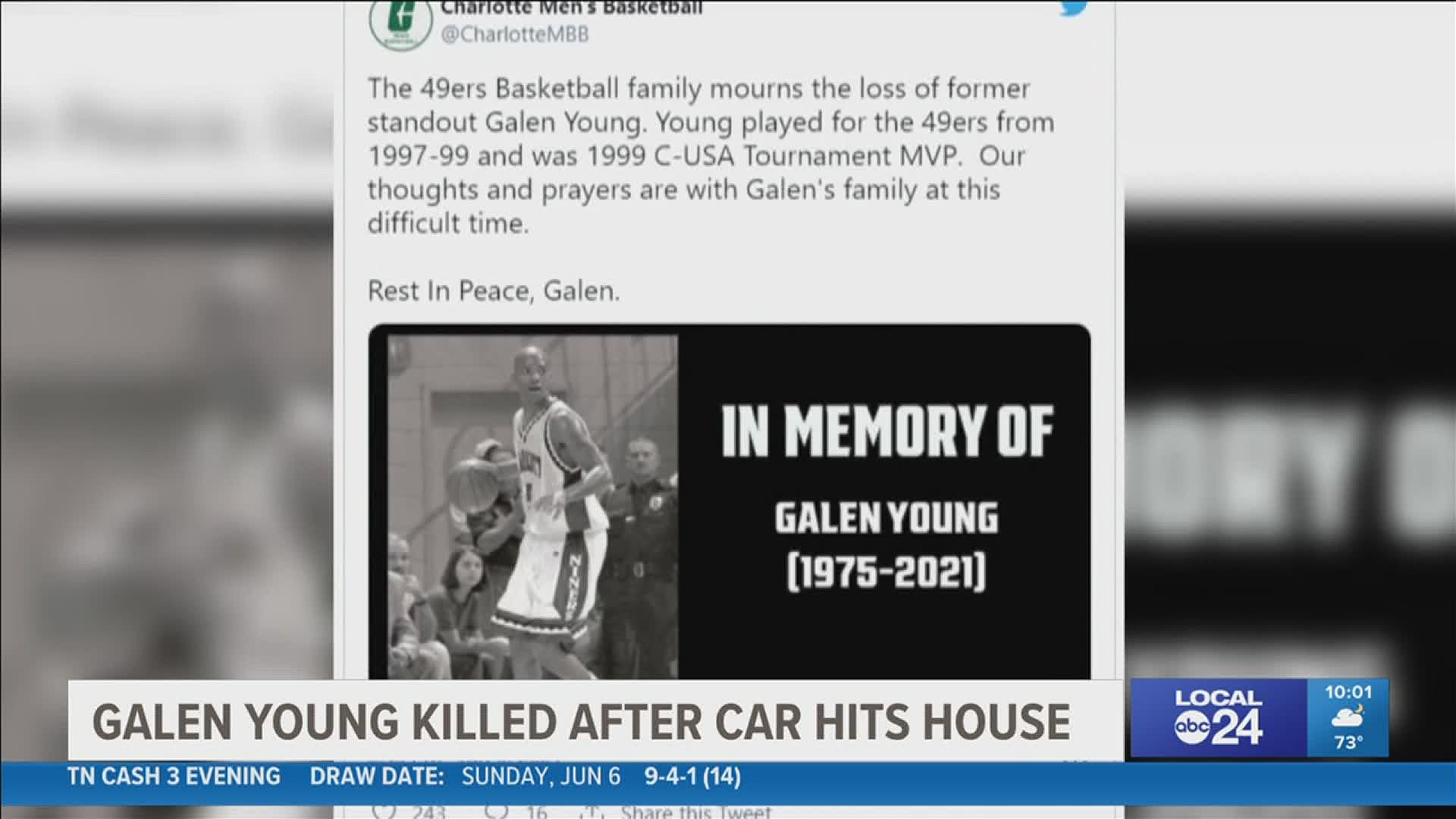 Miracle Rutherford was charged this week in the June 2021 crash at a home on Horn Lake Road in Whitehaven. She is charged with vehicular homicide, failure to exercise due car, no driver's license, and financial responsibility.

According to the affidavit, at about 2:45 a.m. on June 5, 2021, Rutherford crashed a 2008 Mitsubishi Galant into the rear corner of the home. Family members located Galen Young under the debris hours later, about 7:10 a.m. He died at the scene.

A witness told police they say the Galant speeding southbound on Horn Lake Road before going airborne and crashing into the house.

According to the affidavit, investigators estimated Rutherford was driving more than 60 miles per hour in a 45 mile per hour area.

6/5/2021 - Former Hillcrest High School and UNC Charlotte basketball standout Galen Young was killed early Saturday morning. A car crashed into a home on Horn Lake Road in Whitehaven where Young was staying in at the time.

Those who knew Galen Young are heartbroken over the news of this death. Blue tarp covers where the car crashed into the home around 3am Saturday. Young was inside and was pronounced dead at the scene. The driver was issued a citation and the investigation is ongoing.

Young is best known for his basketball talent. He started at Hillcrest High School where he was a standout for the team. Then he took his skills to Northwest Mississippi Community College where he played for two seasons.

He went on to be a star player at UNC Charlotte where he was a 1999 C-USA tournament MVP. The school expressed its condolences to Young's family and friends and highlighted the impact he had on the team. Memphis men's head basketball coach Penny Hardaway also expressed his sadness over Young's death with a post on Instagram saying he saw Young just two weeks ago.

The 49ers Basketball family mourns the loss of former standout Galen Young. Young played for the 49ers from 1997-99 and was 1999 C-USA Tournament MVP. Our thoughts and prayers are with Galen's family at this difficult time.

6/5/2021 - At 2:42 am Saturday morning, Memphis police responded to an accident where a car crashed into a home on Horn Lake road.

According to the Memphis Police Department, 45-year-old Leslie Young, was located dead inside the house after the initial investigation.The driver was issued a citation. The investigation is still ongoing. Anyone with any information is encouraged to call Crime Stoppers at (901)-528-CASH.

At 2:42 am, officers responded to a crash at 4589 Horn Lake Rd. where a vehicle crashed into the house.
After the crash investigation, Leslie Young, 45, was located inside the residence and pronounced deceased.
A citation was issued to the driver. The investigation is ongoing.