You can now check on complaints & investigations into Memphis Police officers

The City of Memphis has launched a dashboard so the public can check on findings from investigations involving Memphis Police personnel. 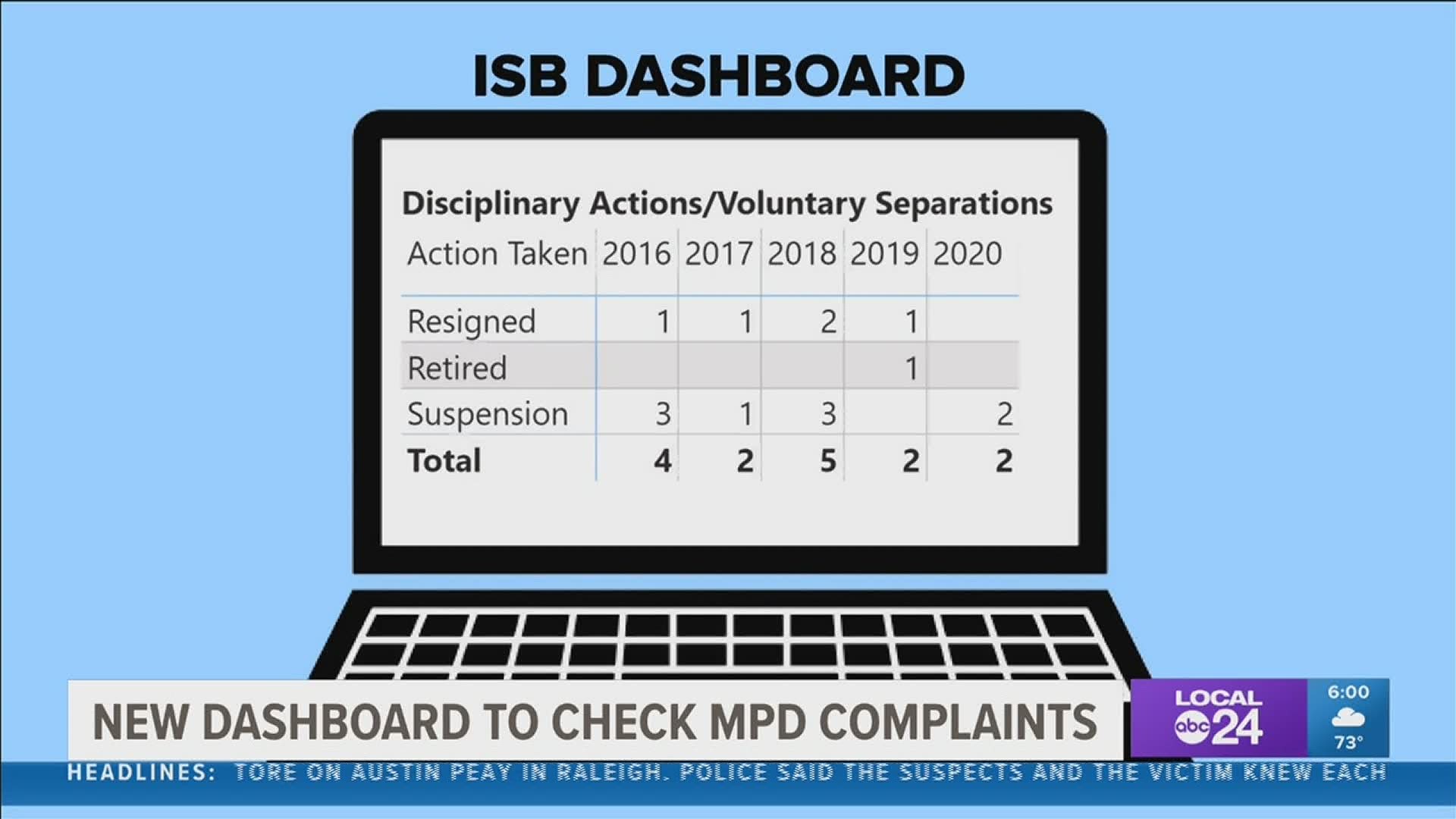 MEMPHIS, Tenn. — The City of Memphis says it has launched a dashboard so the public can check on findings from investigations involving Memphis Police personnel.

The city says the dashboard includes information on excessive force complaints and more.

You can find the dashboard HERE.

While some believe putting this information online helps with transparency and accountability, others say it doesn't do enough.

"I think this dashboard is helpful, but I also think it holds the potential to border on some smoke and mirror," said Dr. Earle Fisher, community activist.

The interactive dashboard allows the public to view a lot of information about the police department. It breaks down information about violations against officers, including excessive force complaints. It then further breaks down the demographics of the accused officers, whether or not it was sustained, the outcome - like if the officer quit or was fired - and the detailed summary reports for sustained cases.

In addition to information about excessive force, the dashboard also breaks down information regarding the types of complaints filed against officers or how often MPD officers use some sort of force while on duty.

One thing that is absent from the dashboard is information about complaints if an officer retires or resigns.

Last year we first told you about an incident involving former Officer William Skelton. Skelton was departmentally charged for violating the department's excessive force policy after pepper spraying a man in handcuffs in the back of his squad car in January 2019. It was caught on his body camera. Skelton remained on the department for more than a year before resigning right before his formal hearing.

Because he resigned, the incident is not on the dashboard.

"It's intended to highlight some of the numbers that reflect a department with minimal to no problems, and I think that's a bit misleading to me," said Fisher.

"I'm glad to see the program is off the ground and off and running," said JB Smiley, Memphis City Councilman.

Smiley said it's a step in the right direction. According to Smiley, he first suggested this idea to the administration last summer. Smiley said he believes at some point there may be more information that can be put on the system, but it's a good start.

"Right here, we have one step toward the goal of complete transparency," said Smiley.

The information on the dashboard is expected to be updated quarterly.

Below is the full news release from the City of Memphis.

The Inspectional Services Bureau conducts all internal investigations involving police personnel, as well as other sensitive investigations. The ISB dashboard is an interactive way to review this bureau’s findings in a timely and organized fashion. The dashboard contains detailed information on alleged violations against officers, including excessive force complaints and response to resistance incidents. The data will be updated quarterly.

“Over the last several months, many hours of work have gone into creating this new dashboard, and I can’t thank our team enough for making it happen,” said Mayor Jim Strickland. “Transparency in all things City government has always been a top priority in this administration. This new tool will only add to that and will serve as another strong tool to hold us accountable and  build trust with the citizens we serve.”

“Our citizens grant the Memphis Police Department the considerable authority needed to perform our duties, and with this authority comes the responsibility to let our community know that it is exercised with oversight,” said MPD Director Michael Rallings. “We hope sharing this information will help strengthen the trust and confidence between MPD and the community we serve.

You can access the dashboard by visiting the Reimagine Policing in Memphis site at reimagine.memphistn.gov.