Our cameras were rolling when a shot was fired during a memorial outside Makeda's Cookies on Airways Thursday afternoon. 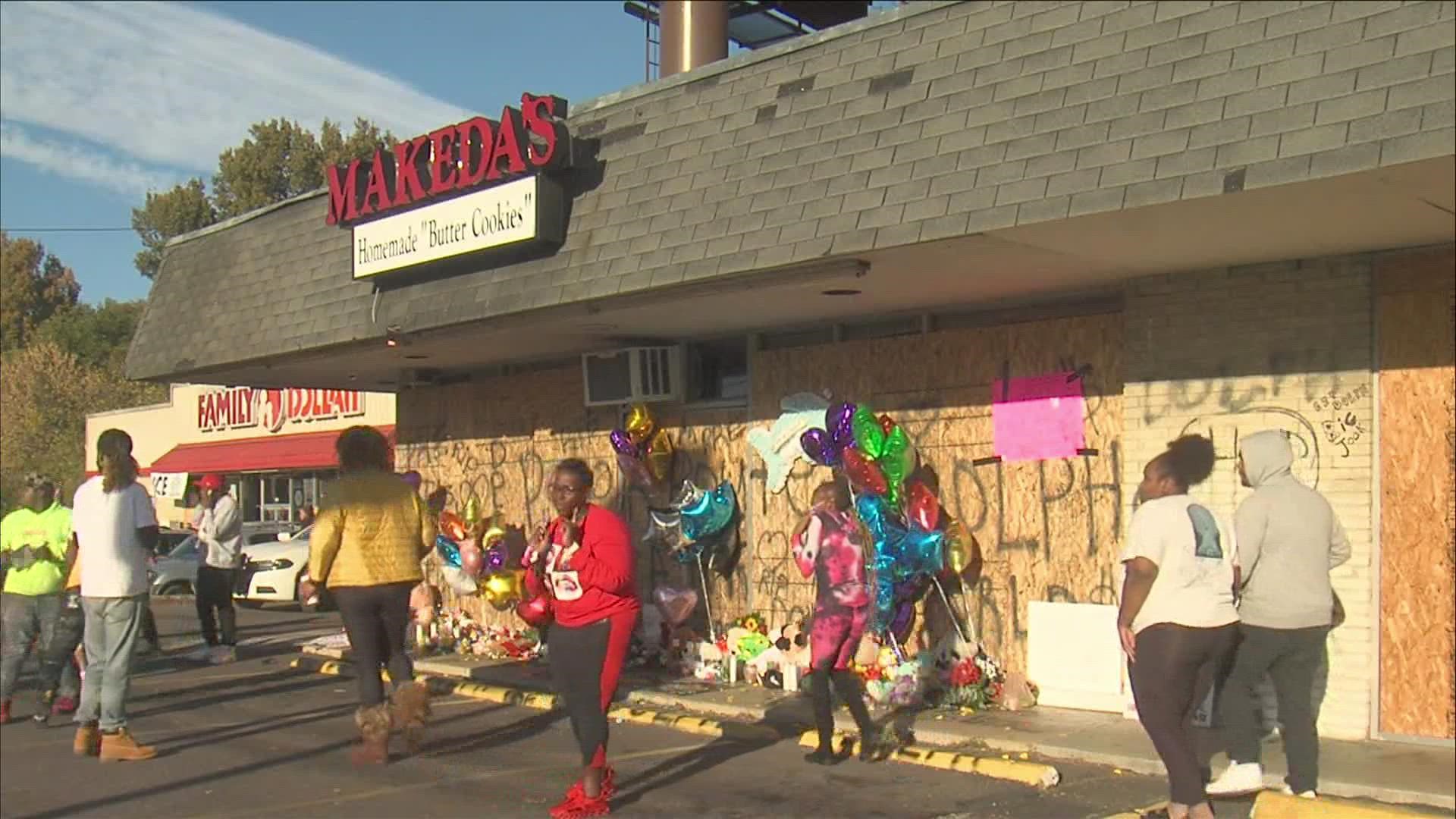 In a tweet Friday, police said "there is no evidence that this shooting is related to the previous shooting on Airways."

People gathered at the store in the 2300 block of Airways Blvd all day Thursday to remember Young Dolph, who was shot and killed at the store Wednesday.

According to the police affidavit, the victim was attending the vigil when a shot was fired from a gray Nissan Versa going northbound on Airways Blvd.

The shot at the vigil was fired moments after Memphis Police released pictures of the suspects in Wednesday's shooting.

Our video showed the crowd dispersed from the memorial after the shot was fired. We saw one man was loaded into a silver Nissan SUV. Police said the man who was shot was taken to the hospital in non-critical condition.

According to the affidavit, officers at the vigil saw the Versa speed off and began a short chase. Investigators said the suspects crashed at Kerr and Mississippi, and the three men bailed out, throwing guns from the car as they tried to run away. The three were caught after a short foot chase.

The affidavit said officers found four guns thrown from the vehicle. They said the Versa had been stolen, and had two guns inside. According to the affidavit, three of the guns had been modified to allow them to be fired as fully automatic weapons.

Police said McQueen was taken to the hospital in non-critical before being booked into jail.

Officers are on the scene of a shooting at 2630 Airways. One male was shot and is listed as non-critical. Officers immediately detained two suspects, and a third was detained at Kerr and Mississippi after a brief pursuit.

The cause of this shooting is under investigation.

Terrance Jones, 23, Jailon Nelvis, 19, and Tavis McQueen, 22, were all arrested and charged in connection with this shooting.

There is no evidence that this shooting is related to the previous shooting on Airways. pic.twitter.com/VbU0vlMHe9