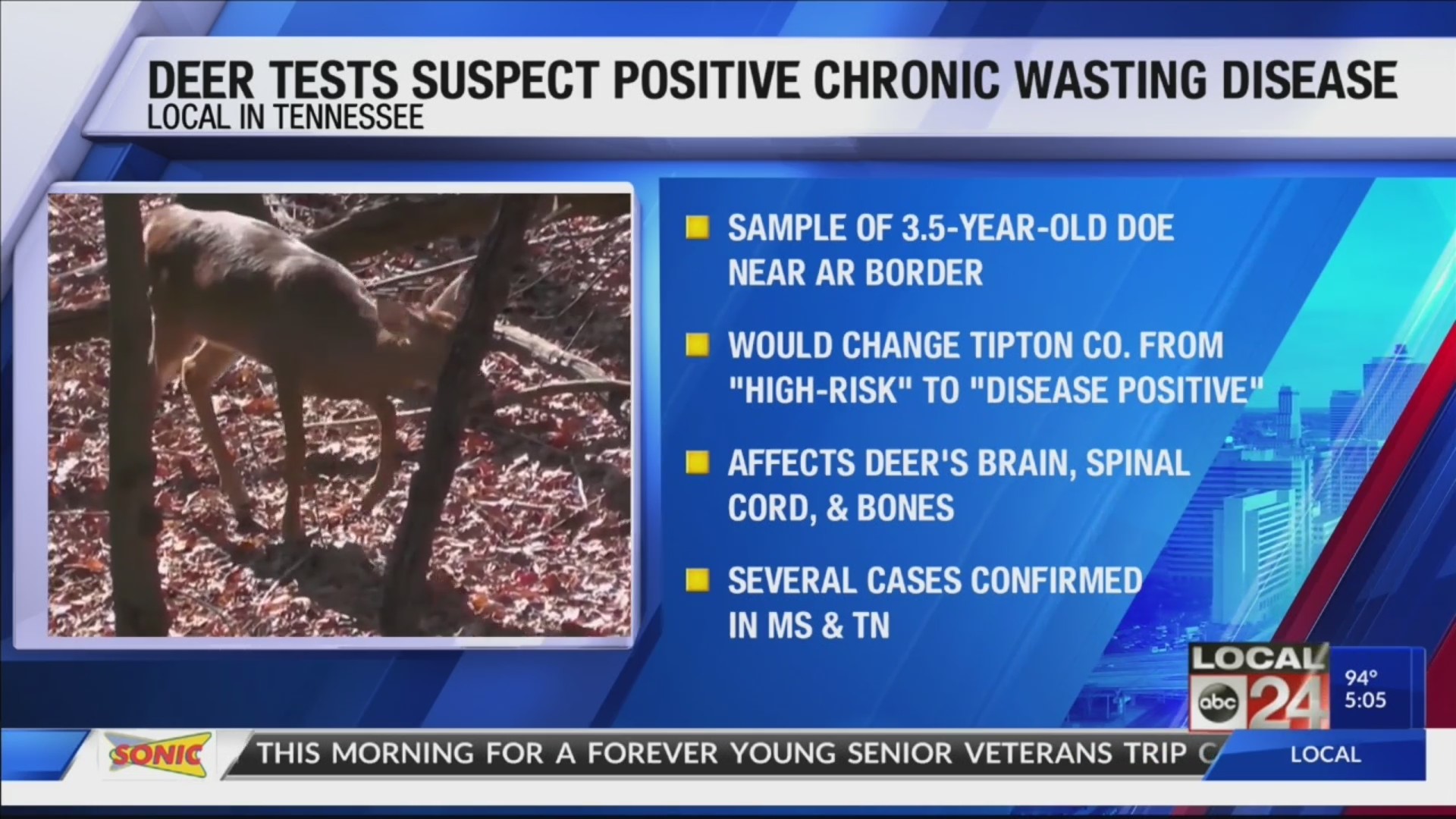 “We are sampling for CWD heavily in and around Unit CWD and,as a result, expect to find many more positive deer this season, as compared tothe 186 found  at the end of last deer season,” said Chuck Yoest CWDcoordinator for the TWRA.  “TWRA also expects more of the four remaininghigh-risk counties to be reclassified to positive once the agency has a morecomplete understanding of CWD.  This is not due to matters quickly gettingworse.  It is due to the greater focus and increased sampling. Weencourage people to visit CWDinTennessee.com to know the latest, as newinformation will available as deer season continues.”

The sample came from a 3.5-year-old doe that appeared sick.The sampling location was approximately eight miles from the Arkansas border.Tipton County was the last of eight southwestern Tennessee counties added tothe newly-created Unit CWD. The Tennessee Fish and Wildlife Commissionestablished Unit CWD and instituted deer carcass exportation and wildlifefeeding restrictions there to help prevent the spread of the disease. TheCommission also modified hunting regulations in the counties to best manage CWDin Tennessee.

Supplemental feeding of wildlife is banned in Unit CWD. Theplacement of grains, salt products, and other consumable natural andmanufactured products for wildlife is prohibited. The ban does not apply tofeed placed within 100 feet of a residence, feed placed in a manner notaccessible to deer, or feed and minerals as the result of normal agriculturalpractices. Food plots are still legal in Unit CWD.