“It kind of makes me nervous because I have to write them good, but I also feel like determined to write good articles," said Varun Kabra. 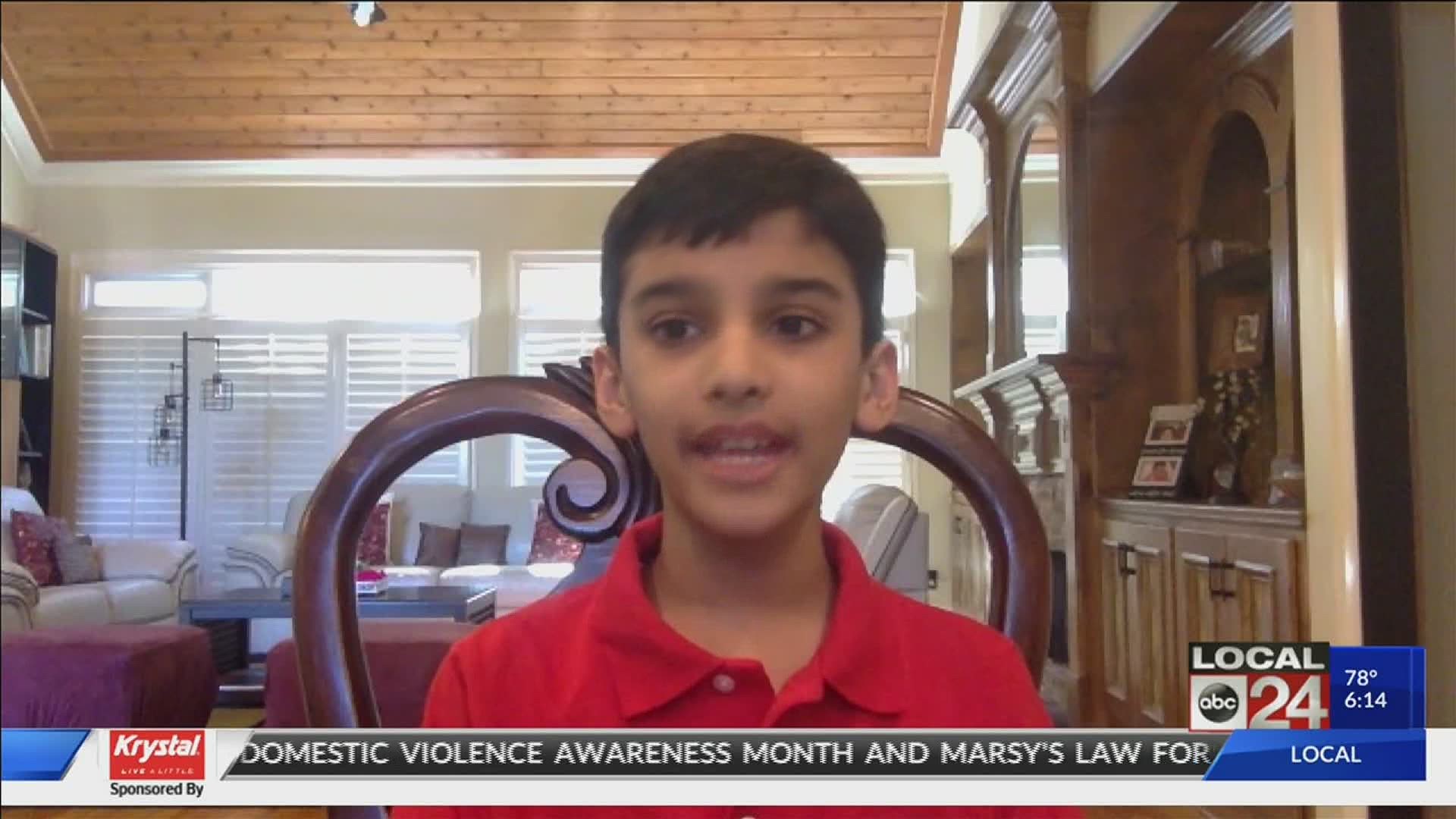 MEMPHIS, Tenn. — A local 5th grader from Memphis is not only making the news but will be delivering the news. He is Varun Kabra, Scholastic Kids Press’ newest kid reporter.

Local 24 News Reporter Brittani Moncrease got to chat with him about his great accomplishment.

With him becoming a Scholastic Kids Press Kid Reporter, we may have to make room for him here at Local 24 News in the future.

Don't let the height or the age fool you. 10-year-old, Varun Kabra, is a kid of many skills.

“My sister used to be a Scholastic News Reporter,” said Kabra. “I always read her articles and I found them very inspiring. I thought if I could be a scholastic news reporter, it will be really cool and amazing. I could write amazing articles like her.”

Like sister, like brother, Kabra applied to Scholastic Kids Press writing about why he wanted to be a kids reporter, a local blood drive, and a fitness challenge.

“I was pretty nervous, but then my mom came to me this week and she told me I got in. I was really thrilled,” said Kabra.

He is one of 45 kids who were chosen nationwide.

He already has his eyes on writing about the Presidential election, coronavirus, and climate change.

He'll have an audience of more than 25 million kid readers.

“It kind of makes me nervous because I have to write them good, but I also feel like determined to write good articles. I hope it will make my writing skills better,” said Kabra. “It’s a golden opportunity.”

Kabra stories will be featured on Scholastic Kids Press publications.

RELATED: 8-year-old rapper uses rhythm and creativity to get through pandemic