High school band director Ollie Liddell has been teaching at Central High School for almost eight years. His band is coming off of their win at Savannah Swings ... 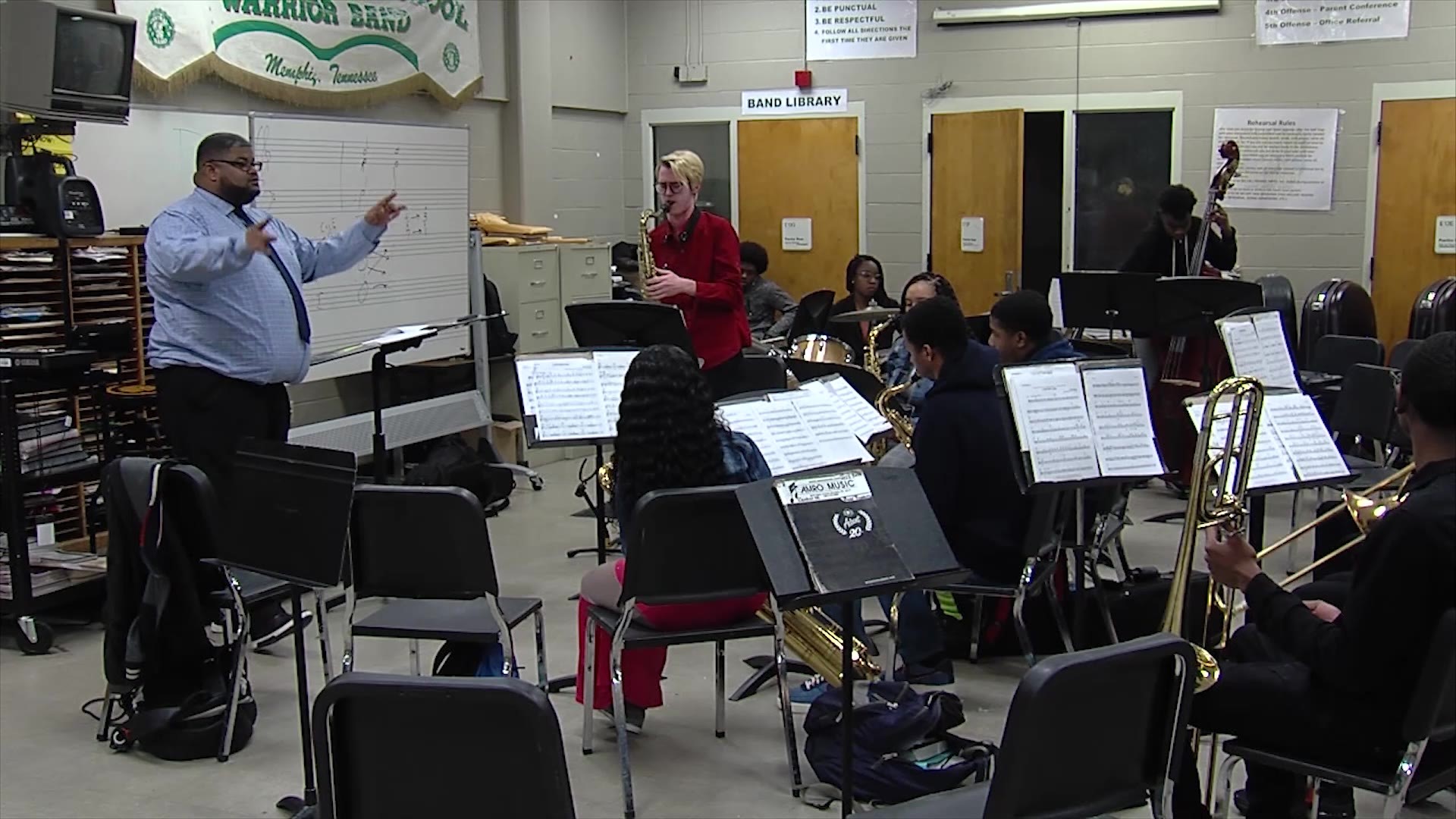 MEMPHIS, Tenn. (localmemphis.com) – High school band director Ollie Liddell has been teaching at Central High School for almost eight years. His band is coming off of their win at Savannah Swings Central Competition and was selected to participate in this year’s Essentially Ellington High School Jazz Band Competition & Festival.

They will be competing with seventeen other high school bands from all over the nation. Central High School Jazz Band is the only group chosen from Tennessee. The competition will take place in May at the Lincoln Center in New York City.

“This is the Super Bowl of band competitions,” he says.

All of the music for the competition will be composed by Duke Ellington, who Liddell deems Ellington the greatest American composer.

Local Memphis also spoke with junior and senior band members about their experience in the band and their shared excitement about competing. Jah Isaac Sims plays the tenor saxophone, and this will be his third year with the jazz band. He said that he sees Liddell as a mentor and his bandmates as a family.

“We really kind of have a strong connection,” he adds.

Sims said  that going to this competition means everything to him and that it keeps him driving every day.

“We’re just a tiny, tiny band in the south and going to this competition, a national competition, it really says a lot about who we are. Not as individual people but as a band,” Sims said.

Dekimbryah Gillion, a senior, says that she’s excited to be in the environment of the competition and learn new things. This will be her first year with the Central High School Jazz band. She only started performing jazz last year.

With all of the competition preparation, Liddell and his students are excited and ready to represent Central High, the city of Memphis, and the state of Tennessee.

Central High School will be competing on May 9th.

To see more information about the band, their travels, and how to help send them to New York, click here.