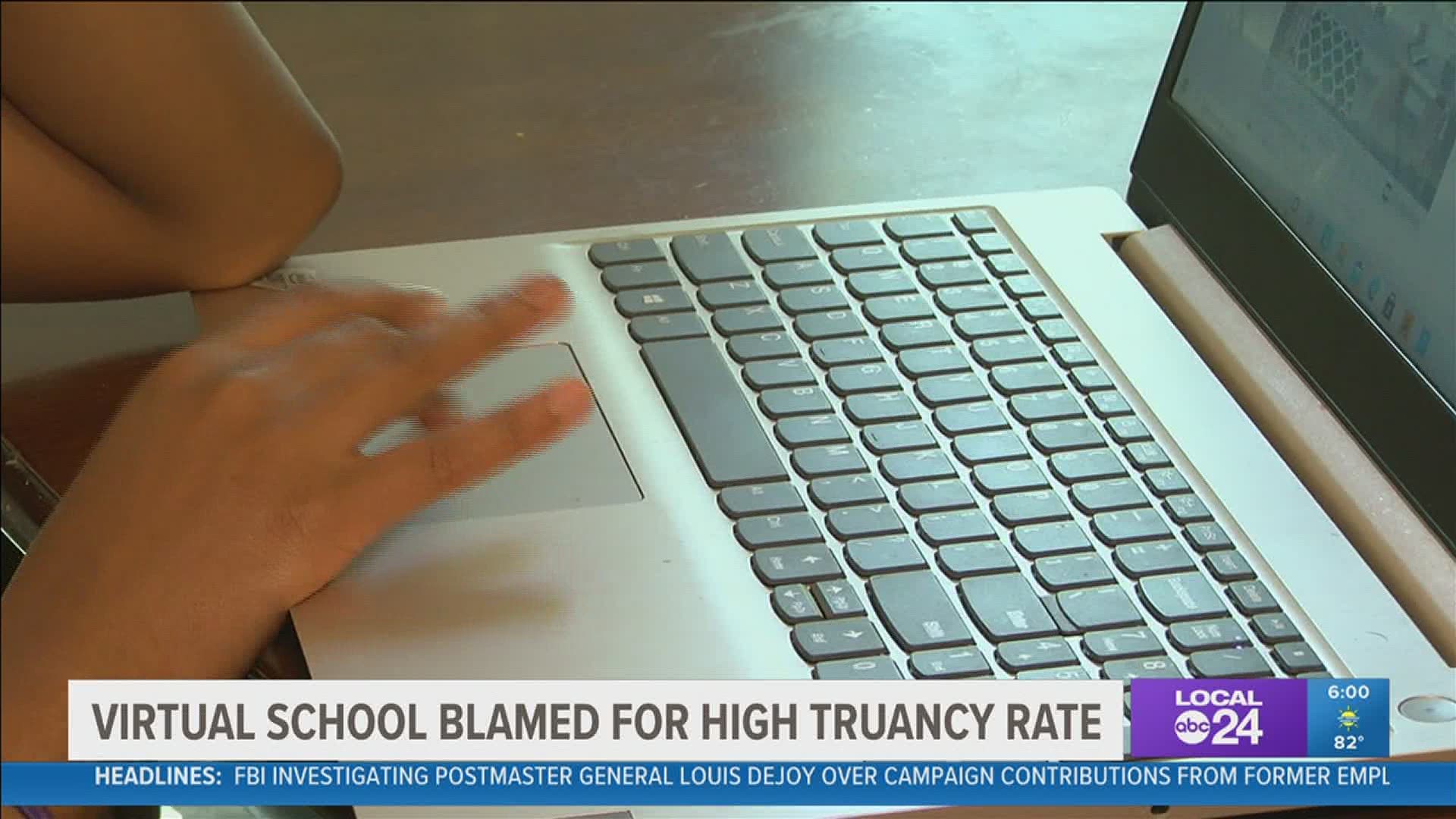 MEMPHIS, Tenn. — The state of Mississippi says about 20 percent of DeSoto County parents had trouble getting their children to school this past school year. Thousands of warning letters were sent to parents and some parents are now facing criminal charges.  Parents say many of the problems had to do with virtual school. They are blaming the district for this mess.

"They would post all these assignments min instructions no teacher at all not one day of the week so the kids were basically teaching themselves," said Cametrione Malone Brown, DeSoto County parent.

"You can reach out to the teachers, but no one ever responds or they do so days later and at that point it may be too late," said Malone Brown.

Malone Brown says her children didn't have serious truancy issues but plenty of other parents did. According to the state of Mississippi, 6,100 attendance warning letters were sent to DeSoto county parents at the end of the school year.

"I don't approve of them sending them those letters because sometimes I would get a message saying my child was absent and my child was right there sitting on the computer and there was a glitch," said Malone Brown.

Some parents were criminally charged in Justice Court.

According to DeSoto Justice Court Clerk, sixty people were charged with educational neglect in DeSoto County in 2020. So far this year, 175 people have been charged with the same crime.

So far this year 175 parents have been charged in Desoto County with educational neglect compared to 60 for all of 2020. Parents blame virtual school issues for many of their problems

"I know going to court can't be a pleasant experience but at the end of the day we are all just working towards trying to impact student achievement," said Dr. LaRenda Harrison, Mississippi Department of Education Bureau of Attendance Director.

Harrison said warning letters and charges are issued as a last resort. When asked about parents' claims of troubles with virtual school platform and trouble getting help from the district, Harrison said, "I don't think parents lie about anything. I do think sometimes there can be miscommunication."

Harrison said if parents are running into road blocks at the school they should call the states school attendance officers to try and clear things up. Even though school has ended for the year, its not too late.

"I know my state attendance officers will be on duty till June 9th at 4 p.m. They are more than welcome to reach out to those folks," said Harrison.

No one from the district was available to address parents concerns about virtual school troubles. As for Malone Brown, she said, "Mine's going back next year." She said she is ready for her kids to be back in a classroom so everyone knows her child is there.

Local 24 News talked to parents who were convicted of educational neglect. Many say they were fined hundreds of dollars and put on 6 months probation. They feared going on camera because they didn't know if it would be considered a probation violation.

The parents we talked to say they attempted to make contact with their children's school administration but there were no resolutions to issues. They also report "warning letters" were received after they received their summons to appear in court.