Gap Kids feature SCS students in Back to School campaign

“When we first found out, we all were happy that we were going to be on a commercial,” said Dashunn Roberts. 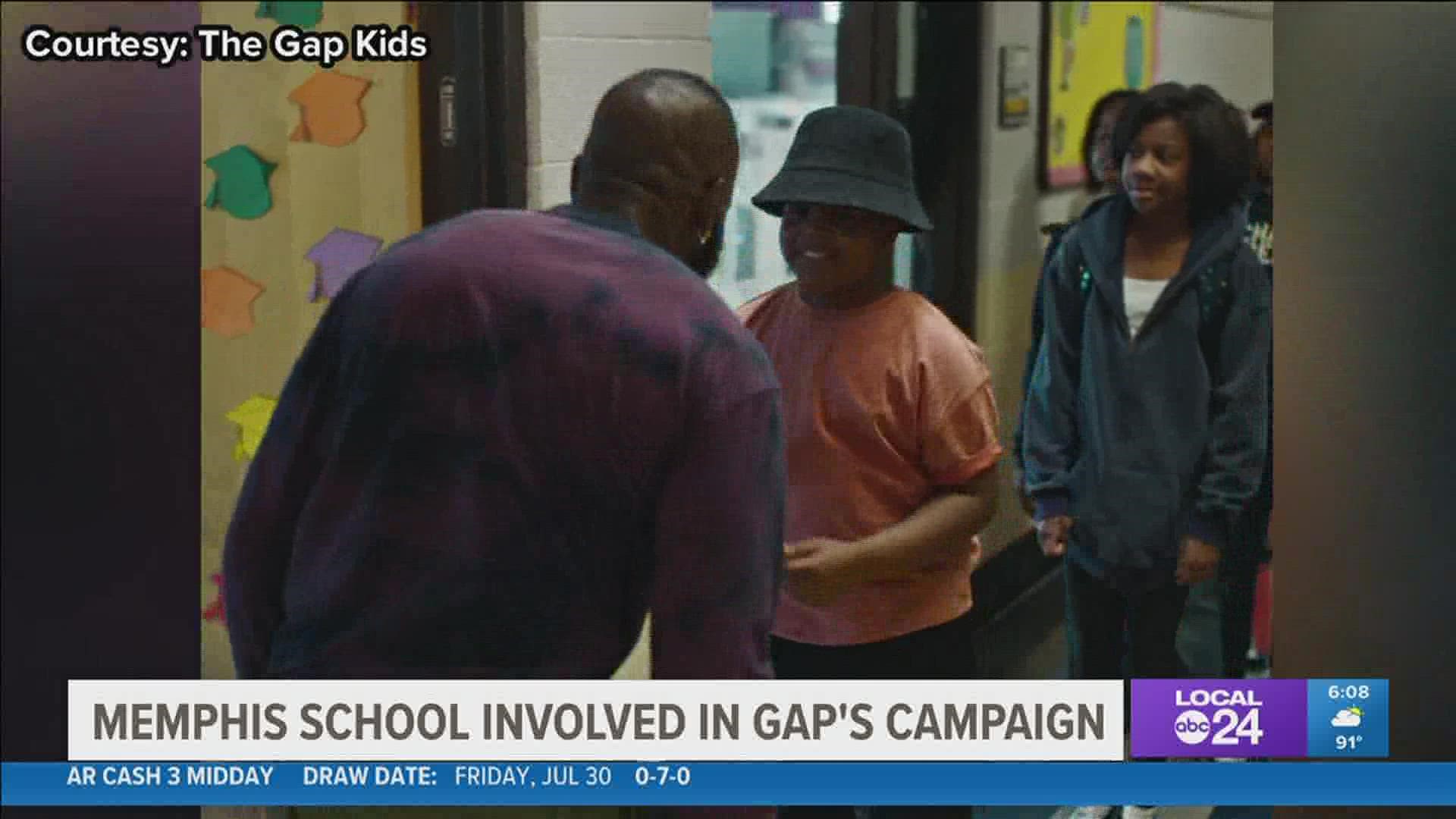 MEMPHIS, Tenn. — Hickory Ridge Elementary School students are the faces of dedication and achievement. Their scholars are reaching new heights.

Sometimes, we stand in awe with ourselves.

“I really did that,” said Dashunn Roberts, a rising 6th grader.

You can’t darken the shine on Roberts’ face. And that glow is on display for the community to see. His Principal, James Gordon, knows it.

“It’s just the fact that they get a chance to glow especially the ones whose pictures are up here,” said Gordon, Hickory Ridge Elementary School Principal.

“We’re here celebrating the 2021 GAP Back to School Campaign featuring me and my scholars,” said David Jamison, 5th grade teacher.

Jamison is now Gap’s 2021 teacher icon setting a new standard for those to follow.

“We’re sending kids back to school GAP style. Most of my kids, they’re from underserved communities. I’m so grateful that they get to experience this moment with me,” said Jamison.

It is a moment of national recognition.

“When we first found out, we all were happy that we were going to be on a commercial. I was excited that people were going to see my face,” said Roberts.

That excitement is well worth it especially after a year of hiding behind masks and in isolation.

“It’s in that season of isolation and loneliness when a caterpillar gets its wings,” said Jamison.

Those wings first bloomed after a viral video showed Jamison greeting each student with their own personal handshake.

“I feel that we may have sowed that seed in darkness and isolation and being away, but we’re reaping in lights, camera, action,” said Jamison.

“Hopefully, this is a seed that will once manifest. Sometimes students in this area, they don’t go beyond their zip code,” said Gordon.

“When I see that hard-to-reach kid that everyone sees as that problem child, I see me, the kid that just needed a little more affection, a little more attention,” said Jamison.

That attention paid off.

“I learned that if you believe it, you can achieve it,” said Roberts.

Fear is no feat for excellence.

Not only were Shelby County Schools students featured in Gap’s Back to School campaign, but they also received about 300 items of Gap swag.

A billboard will also be featured in Times Square.