A Knoxville Catholic High School teacher said she was let go after trying to negotiate teaching from home instead of in person. The diocese sent us its policy. 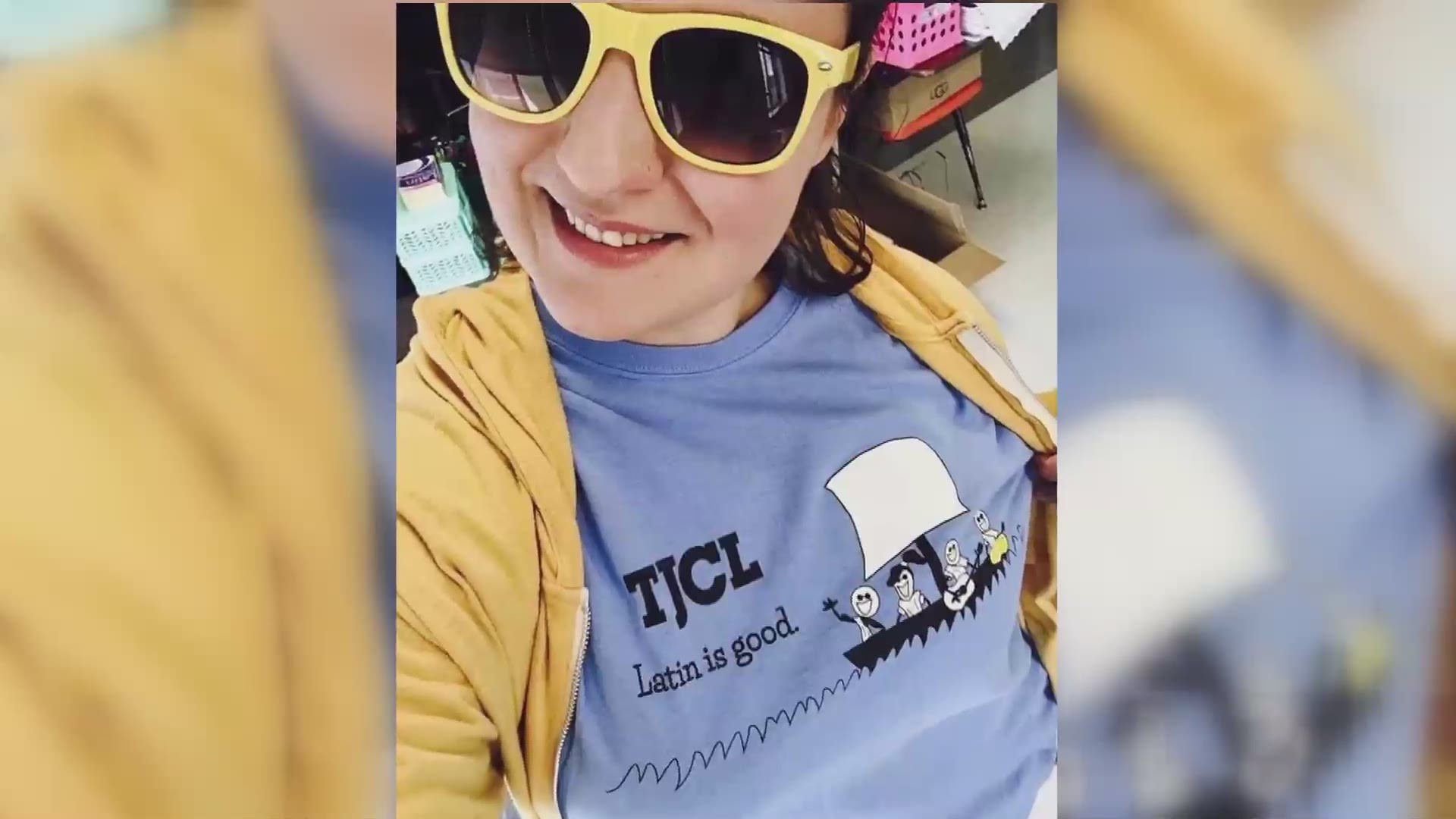 "I see all my students as my children in a way," she said.

This year, Payne no longer works there. She said after attending graduation she had concerns about going back. She added that after more than 10 years of smoking, she was afraid she has lung damage.

"I sent the dean an email asking that I be able to teach virtually and that all teachers have that option," she said. "I was told there would be no virtual-only option for teachers."

The diocese emailed WBIR a copy of the FAQ, which shows teachers would be asked to continue teaching from the building, whether they're teaching in-person or virtual students. It goes on to say that supplies teachers would need to teach would be readily available.

It also talks about whether a high-risk teacher would be able to get accommodations.

The answer to that question in the document said this:

The school leader will engage the teacher in a private, candid discussion to determine if this request would qualify for accommodations under ADA or FMLA. If it is determined accommodations should be made, the school leader will work with the teacher to develop a plan. The employee may use existing accrued leave, existing leave policies, and FFCRA leave when applicable.

Payne said through a series of emails the diocese and her school were willing to let her see if she qualified.

"I got an email from the diocese, she sent me a form," Payne said.

She was told she would have until July 30 to get it to a doctor. Payne said she told the diocese she would do that via a telemedicine doctor.

"I've been anxious about going into hospitals so I scheduled a visit through the app on my phone with a virtual doctor and he told me right off the bat I was going to need to see a primary care physician," Payne said.

She said she immediately told the diocese what happened.

"I wrote back and said I tried and the virtual doctor said he couldn't do it. I said I don't want to go into a doctor's office unless my health is in danger so what should I do here?" she said.

Payne said she soon got a response from her school.

"I got a call from the principal that lasted four minutes. He said I had refused to come to work so I was forfeiting my job," she said.

She adds she also received an email that said the same thing, which she said she replied to.

"I then wrote back to the diocese saying I do feel like I was wrongfully terminated; we were in negotiations and then I was told I was forfeiting my job," she said.

WBIR reached out to Knoxville Catholic High School as well as the diocese. Both said they could not comment.

However the diocese would also say this:

The Diocese of Knoxville has worked hard to ensure that students and teachers can return to in-school learning in an environment that mitigates the risk of COVID-19 and at the same time allows our students to effectively learn and participate in instructional courses. We will continue to be committed to reviewing our policies and procedures on a regular basis to ensure that we are doing everything possible to keep our communities safe.

With the start of the new school year days away, Payne said she emailed her students to say goodbye.

"I then got a letter from the Diocese saying I was violating FERPA by reaching out to the Knoxville Catholic community and I was told to delete the contacts," she said. "I was locked out of my email at like 2:30 in the morning."

However, she said she did get some responses from parents and students in her personal email.

"I wish you the best of luck in life and I hope our paths cross again," Payne said, reading one of the emails.

As for the future, Payne is planning on moving to Colorado to be with her mom, who is ill. She plans to look for a job that will allow her to teach virtually.

"It makes me sad, I love my students they were like my own children," she said.