How Libertas School of Memphis turned elementary school in Frayser around

Before being taken over by the state, the school was one of the worst performing in Tennessee. Now test scores are on the rise. 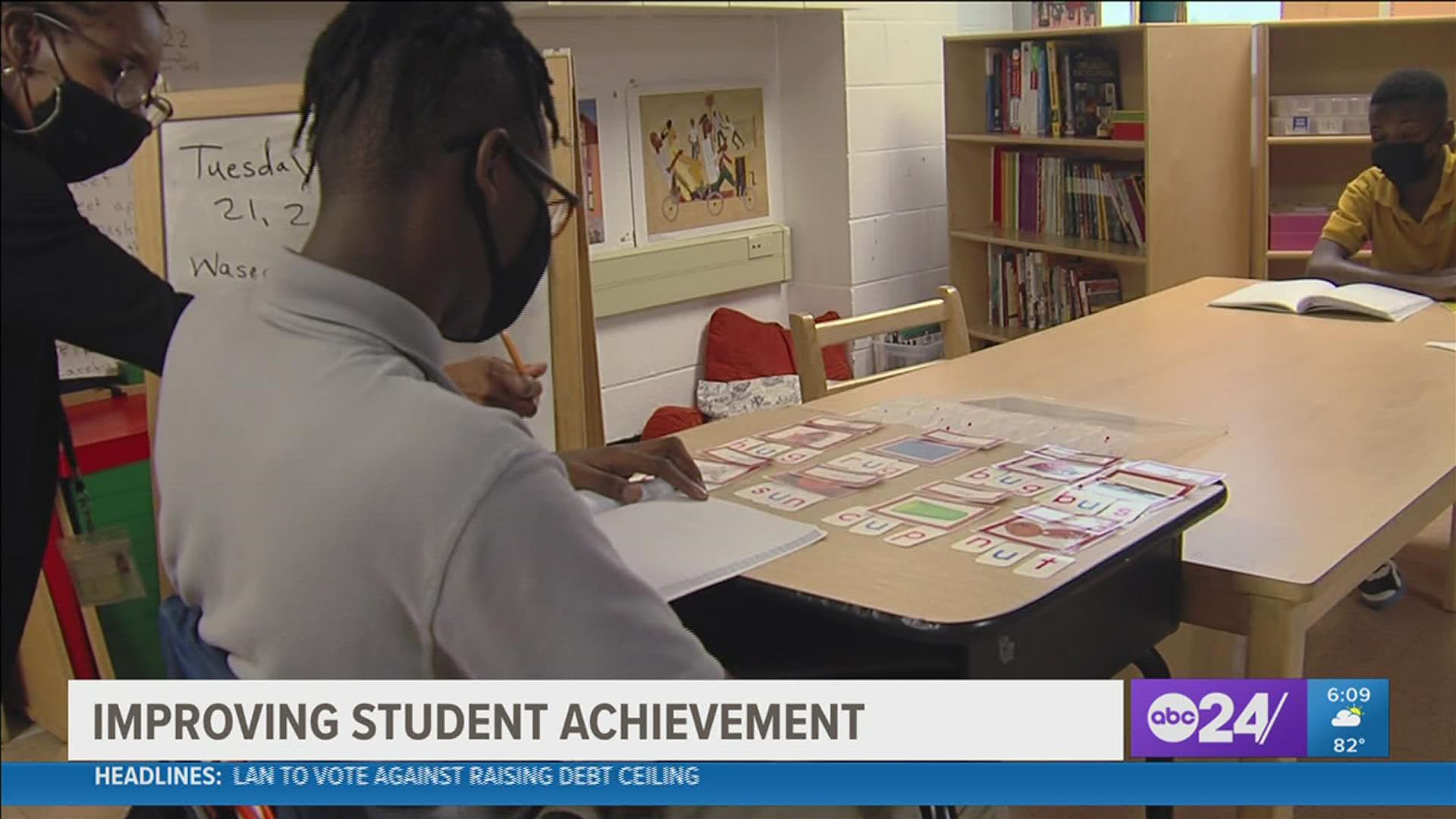 MEMPHIS, Tenn. — Most students across Tennessee suffered a learning loss due to COVID-19. But a school in Frayser reported student achievement improved in every grade for every subject.

Educators said its showed that poor performing schools in communities with high levels of poverty can be turned around.

"You can be successful no matter what your surroundings," said parent and teacher Lindsay Freeman.

Freeman said knows first hand the education students receive at Libertas School of Memphis. After seeing how her children developed at the school, Freeman decided to get a teaching job at Libertas.

"As a parent, I love what Libertas has done for my children," said Freeman.

Did you know that $800 million dollars has been injected into our school systems? SCS, ASD and charter schools in Memphis are receiving these ESSER funds to assist with pandemic recovery. Complete this survey to show us how these funds should be used: https://t.co/15fVQz5gUO pic.twitter.com/O6Hguj8Xym

Six years after Libertas took over, educators said there has been a complete turnaround.

"Now after this spring's test, we know our school has soared over 25 percentiles and among African-American students, among top half of the state, and kids with disabilities among the top 15% of the entire state. And that's what children can do when we give them the education they deserve," said Nardo. "I think a lot of people doubted whether school turnaround could work. A lot of people are cynical and think if you are from a high poverty neighborhood, then your demographics are your destiny. And we have show, that does not need to be true."

Libertas is a Montessori School. Instead of traditional lessons, classwork is more hands on.

"Children have the same teacher for 2 to 3 years. The classrooms are multi-age, so you can build a close relationship with the parents and the teacher."

RELATED: There's been no COVID spread as most students at Libertas School in Frayser attend in-person classes. So how are they doing it?

"A rich curriculum, individualization, and close relationships with families - that's what's allowed us to leapfrog this school from one of the most struggling school in the entire state, now to really to a national example of what children from high poverty areas can accomplish when you give them the caliper of education you would otherwise have to get in a private school." said Nardo. "Six years ago this school was only half enrolled and the district was talking about closing. Now we are bursting at the seams with almost 500 kids and there are 150 kids on the waiting list."