Dr. Russell Wigginton will take over as the museum’s next president starting August 1, 2021. 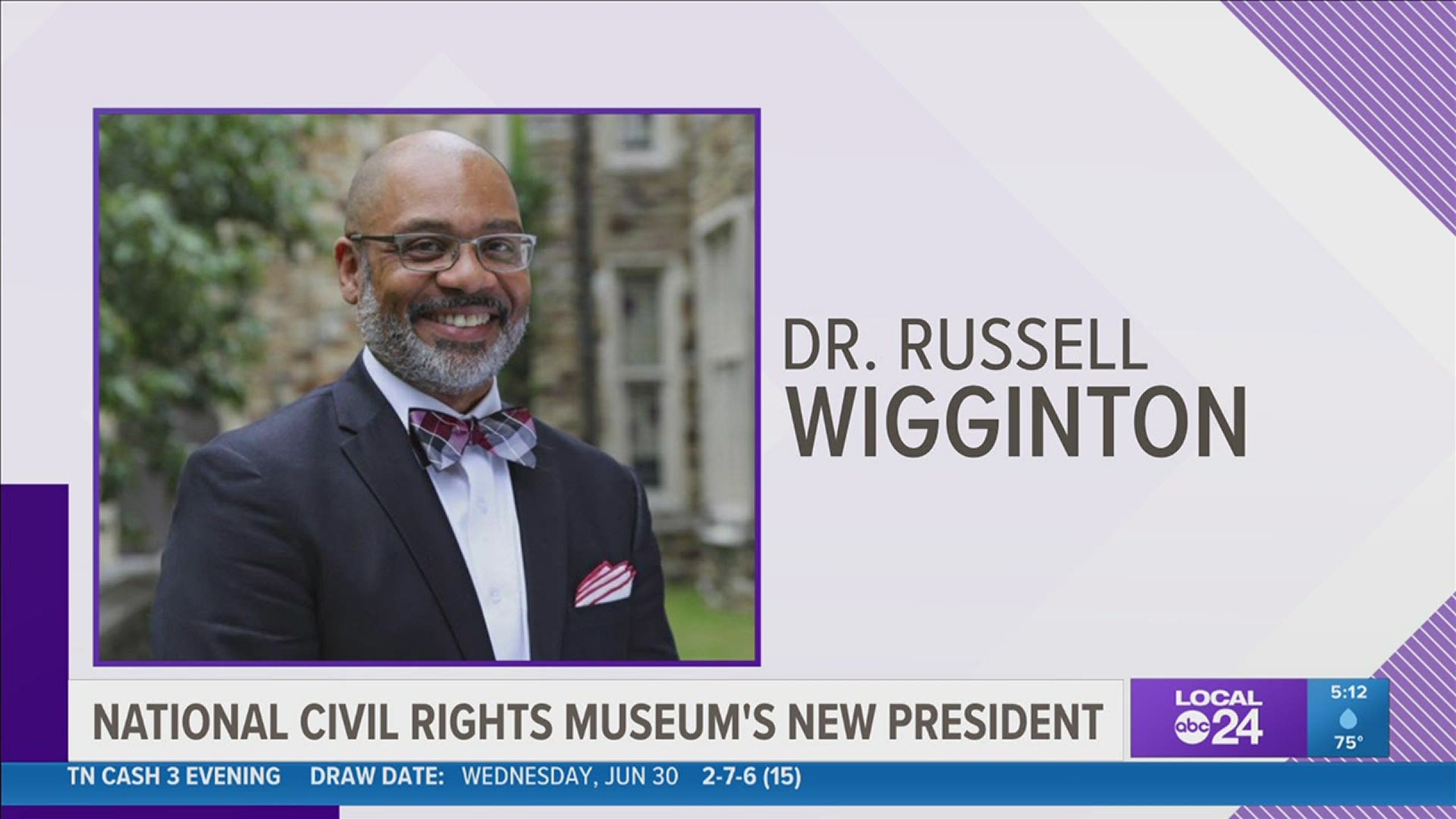 Dr. Russell Wigginton will take over as the museum’s next president starting August 1. Dr. Wigginton is a Rhodes College alum, where he also worked as a history professor and senior administrator for more than two dozen years.

You can read the full news release from the NCRM below:

The National Civil Rights Museum has named Dr. Russell Wigginton as the museum’s next president. Wigginton will begin his new position on August 1. He brings 29 years of experience in education, philanthropy, executive management and program development, as well as strategic planning and partnership building.

Museum Board Chairman Herb Hilliard stated, “We are fortunate to be able to attract someone of Russ’s background and experience to serve as our next President. The board and I are confident Russ is the right person to lead the museum at this time.”

“I am honored to be chosen to serve as the President of the National Civil Rights Museum,” said Wigginton. “During this critical time in our nation, the Museum's physical place and all that it represents plays a vital role in understanding our nation's history in the areas of civil and human rights--and how that impacts our nation today. I welcome the opportunity to work with a committed staff to challenge and inspire us all to seek justice and equality for everyone.”

Wigginton has deep roots in the Memphis community, having worked at Rhodes College, his alma mater, as a history professor and senior level administrator for 23 years. Graduating with a bachelor’s in history in 1988, Wigginton returned to Rhodes in 1996 as a William Randolph Hearst Fellow, transitioning to teaching full-time before moving into administration. He earned his doctorate in 2000 in African American History at the University of Illinois at Urbana-Champaign.

In 2019 Wigginton joined Tennessee’s State Collaborative on Reforming Education (SCORE) as its Chief Postsecondary Impact Officer. At SCORE he leads the organization’s work for postsecondary access, retention and completion while seeking opportunities and identifying gaps in advocacy, policy, and practice.

Wigginton succeeds Terri Lee Freeman as museum president and will resign his museum board post to assume his new leadership role. He is married to Tomeka Hart Wigginton, Managing Director for Blue Meridian Partners, and has a son, Ryan, who is a senior at the University of Richmond.