A new Tennessee law that would limit conversations on how race and racism is taught in the classroom is still facing opposition from critics. 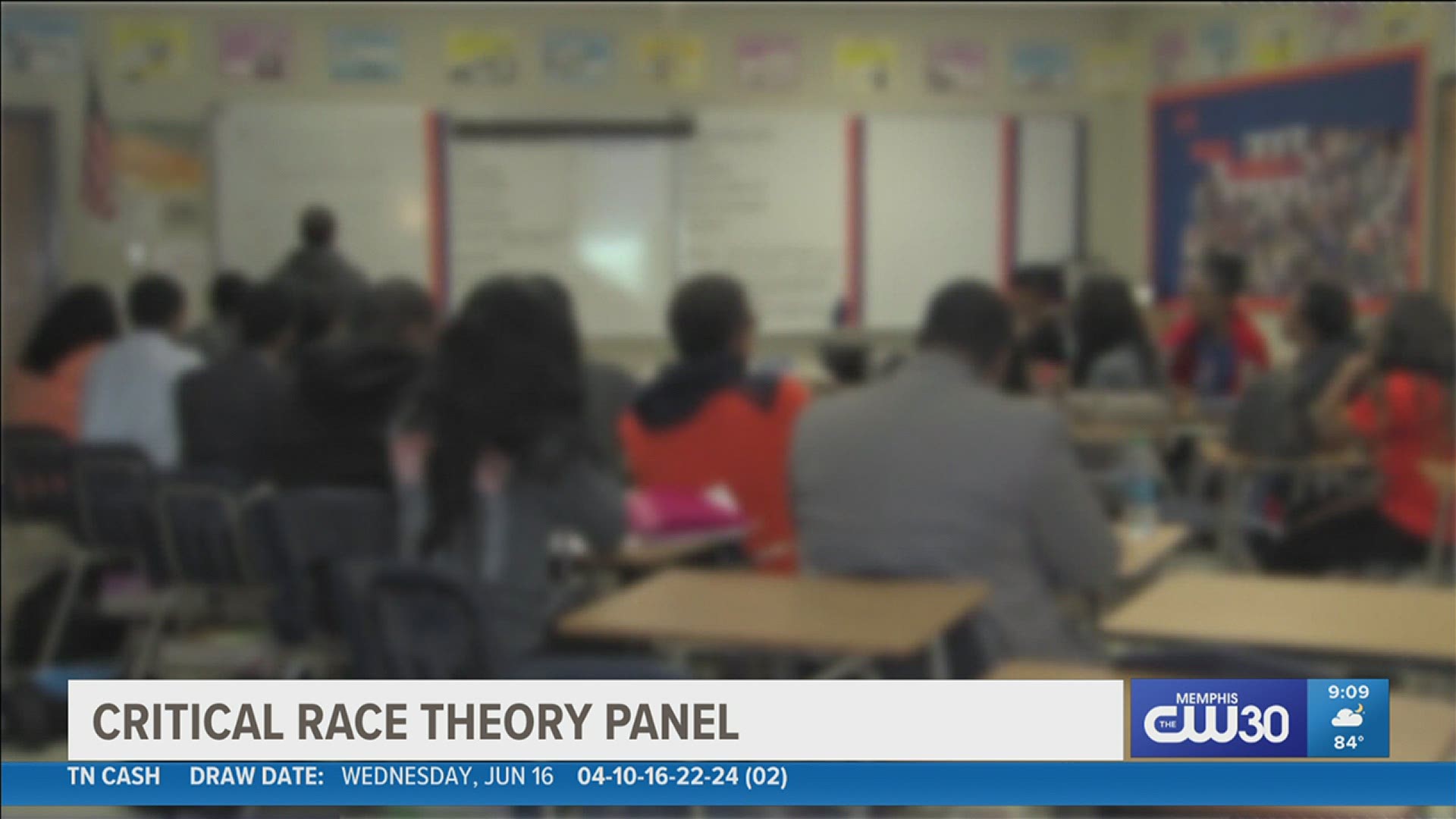 MEMPHIS, Tenn. — The topic of critical race theory in Tennessee is still being hotly debated.

A panel on the subject was held Thursday afternoon on how limiting lessons about race and bias will impact Tennessee’s classrooms.

A new Tennessee law that would limit conversations on how race and racism is taught in the classroom is still facing opposition from critics.

The legislation states schools could not promote instruction that the United States is fundamentally racist or that a person's sex or race is inherently privileged.

In the Education Trust in Tennessee panel, a speaker states legislation has the potential to stifle students' learning about race and history.

At our #CriticalConversations webinar, Dr.@CharlesWMcKinn2 and Dr. @MattPShaw note that the TN law limiting lessons on race and bias is “an exercise in vagueness and obscurity” with many vague elements for educators and districts.

"The legislation has the potential to stifle new students and current students," said student panelist Trey Cunningham. "Students' rudimentary an foundational knowledge when it comes to race and history."

Rep. Mark White said that impartial discussion of controversial aspects of history is still permitted under the law.

“Slavery, the Holocaust let’s teach it," said White, who is the chairman of the education committee. "Let’s train our young people the horrors, the evil of that. But when you do let’s not continue on of holding today’s generation accountable and say that because of your race and sex you are indeed guilty.”