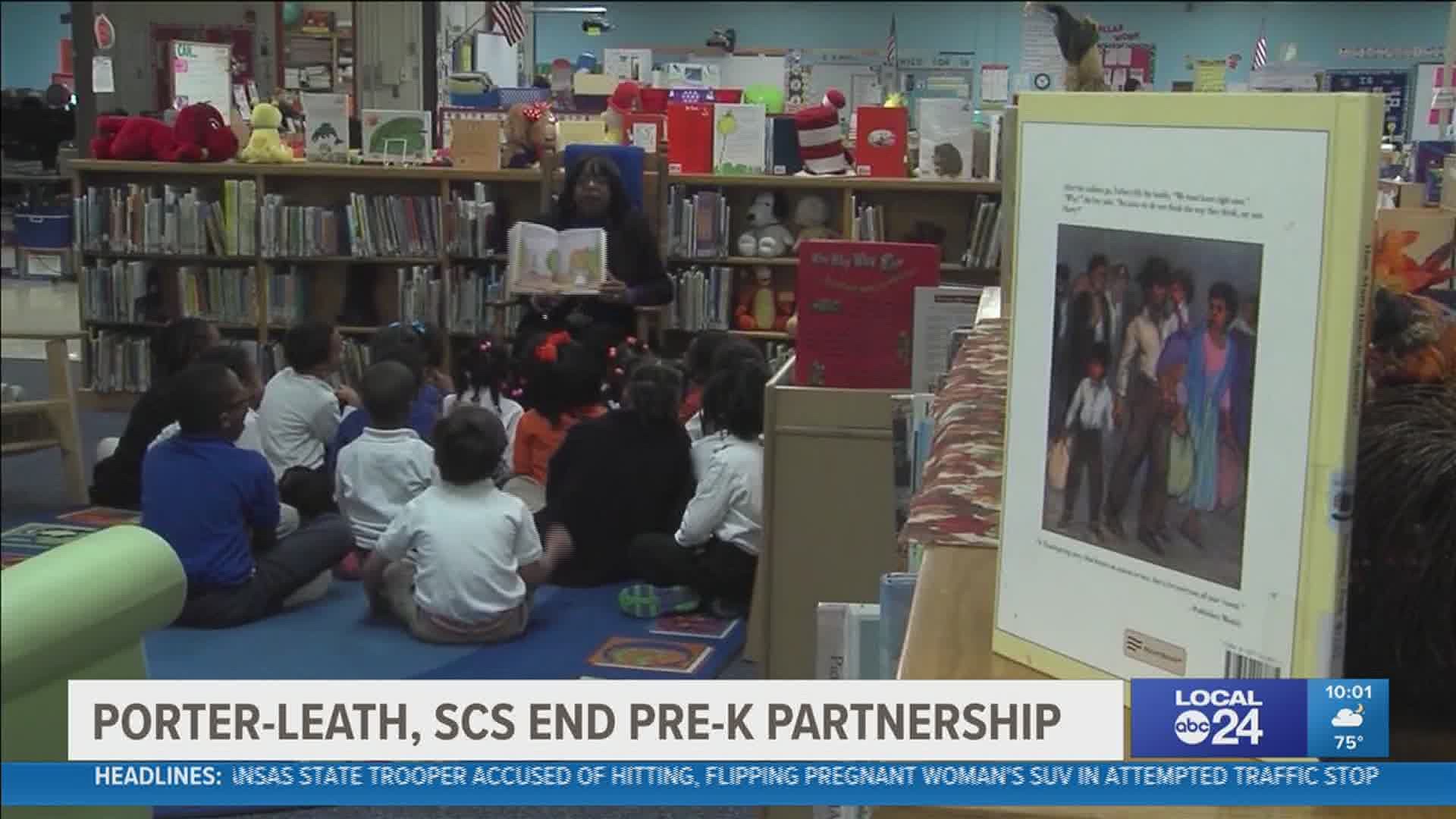 “We’ve been in partnership for the last seven years,” said Karen Harrell, the senior vice-president of early childhood services at Porter-Leath. “For the past seven years, our contract has consistently decreased in terms of the overall funding that we received.”

Harrell claims there has been a decrease in their reimbursement contract, which is a statement SCS disputes.

“The contract for refunding the Porter-Leath contract has been consistent,” said SCS spokesperson Jerica Phillips.

Porter-Leath also said SCS absorbed federal increases with no difference in the number of children served. Meanwhile, the district maintains that an increase in grant funding was used for things required by the grant.

“Although many may see an increase in our budget over the last few years as the grantee, we have to use those increases in funding in order to stay in compliance with some of the federal standards,” said Phillips.

“Some of the challenges that we have seen with the compliance have related to the administrative cost that Porter-Leath was asking,” said Phillips. “They asked for a substantial increase in funding, but they were providing fewer services to pre-k students at a higher cost.”

“Typically when you apply to a grant you ask for what?,” said Harrell. “You ask for the cost of your program. So, we asked for the true cost of how we provide quality services.”

Porter-Leath said there was difficulty getting on the same page with SCS about all of the services provided under the Head Start contract. Harrell describes the process as tense.

“In order for us both to get our infrastructure set up for this next year, it’s going to be an impact,” said Harrell. “It’s going to be a negative impact, in my opinion, for this first year.”

Porter-Leath said it will continue providing preschool services in the upcoming school year, and SCS has opted to bring the remaining pre-k services in-house.

Porter-Leath requested a substantial increase in funding to provide FEWER services to Pre-K students at a HIGHER COST, jeopardizing the grant. We will continue to be good stewards of federal dollars and do what’s best for the children of SCS. https://t.co/8sazJWy7Zs