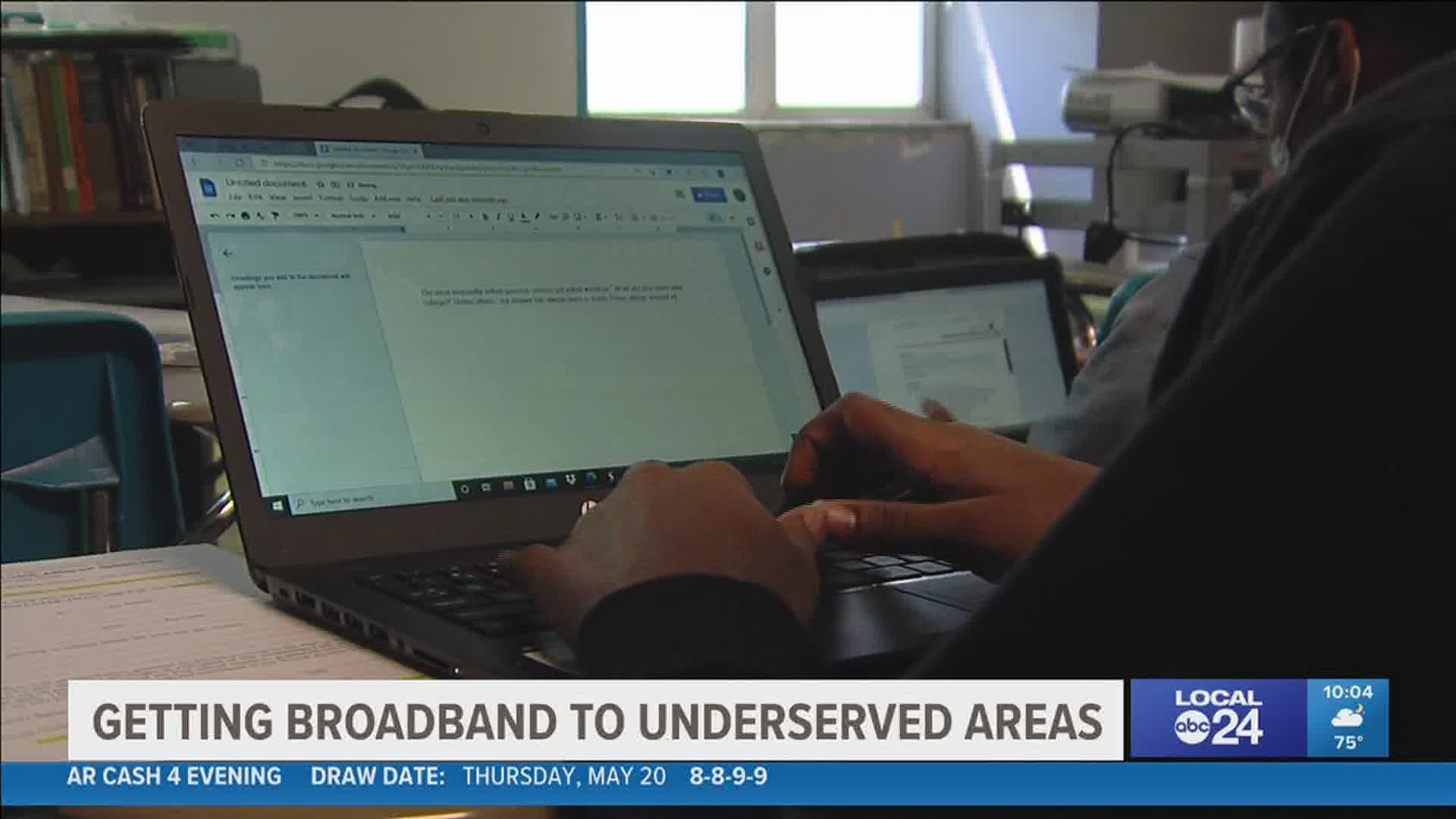 President Joe Biden's American Jobs Plan is $2 trillion. The Build Back Better plan includes money for bridges, aging water systems and broadband - something folks in Marks, Mississippi, say they are in desperate need of, especially broadband in schools.

Enter the Quitman County School District. 850 students are enrolled. Internet connection is a real challenge in the classroom. The broadband connection so bad, Superintendent Dr. Evelyn Jossell had to decide on whether to cancel virtual classes or state testing.

"We lack the appropriate capacity in bandwidth.  When our students were taking state tests, we were not able to Zoom and be on state tests at the same time," said Superintendent Jossell. "If we had both capacities going, the state tests would have crashed and that would have been bad for our students."

The President's plan would spend $100 billion expanding broadband. Madison S. Palmer student Darius Huddleston says they need help immediately. His internet crashed while he was taking his advanced placement exam. Those AP tests give students college credit and the opportunity to earn money for college.

"I was taking my computer science exam," said Student Darius Huddleston. "Right before I completed it, the internet went out and then I basically submitted it after the deadline, and I wasn't able to get credit for it."

Katina asks, "How did that make you feel?"

Quitman County was once the poorest county in the nation. It was the start of Dr. Martin Luther King Jr.'s Poor People's Campaign. While the county has moved up in rankings, it's still an area that struggles financially.  Unemployment above the national average by 4%. School leaders are hoping Congress passes the American Jobs Plan to put students on an even playing field.

"It is of paramount importance. When we did a survey over a year ago of students who were needing internet - surprisingly, we found out 40% of our students either did not have internet or had poor internet connection," said Dr. Jossell. "The only educational instruction they were getting was through packets, and that's a form of inequity because the students who had technology and access to internet, they were ahead of those students who did not. So, it is of paramount importance that we bridge that digital divide."

Students like Darius, who was just named valedictorian of his school, says for children to succeed, action must be taken now so another student won't miss out on college credits or college money. He has this message for Congressmen and women in Washington.

"Come down here for a day. Just spend a day or two, maybe even just an hour just to see the lives of the students here and just be able to experience what we go through," said Huddleston.

Education, something Darius says, is necessary to get out of poverty. Students are trying to succeed despite the odds. But something we take for granted every day, internet service, could be a game changer for students in Marks, Mississippi.