“I appreciate how you took the bull by the horn and you led this district in making the best decisions that you could make," said Natalie Mitchell, an SCS parent. 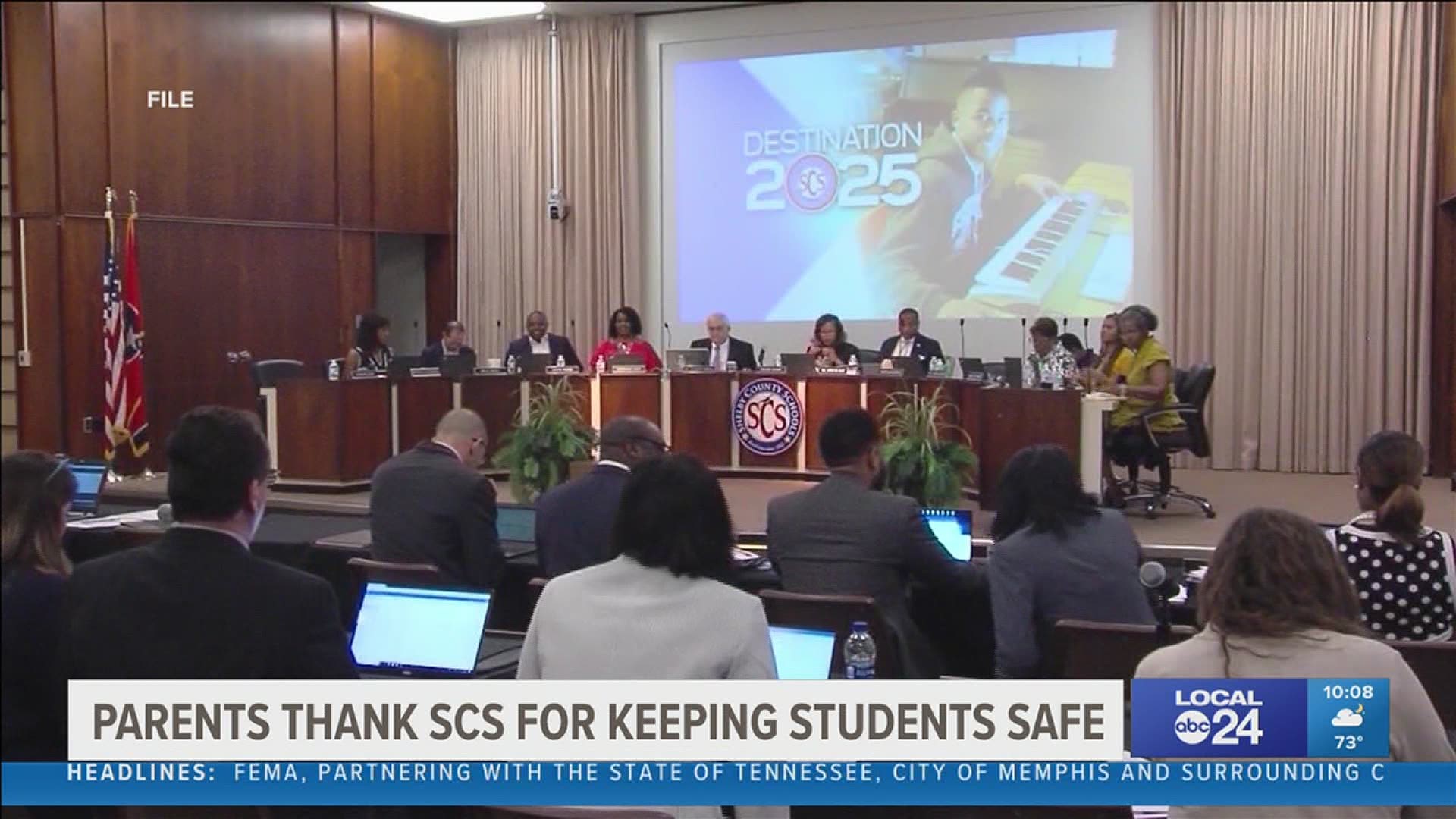 MEMPHIS, Tenn. — It has been a long school year for Shelby County Schools.

Tuesday, it was back to business as usual. Shelby County Schools board had their first meeting in a year. This time, there was distance, dividers, and masks.

“It’s good to be back in the board auditorium,” said Dr. Joris Ray, SCS Superintendent.

The meeting began with the board recognizing students who participated in the Black History Month competition.

Then one by one, organizations, community leaders, and parents praised the board and Superintend Dr. Ray for their commitment to keeping kids safe during the pandemic.

“I appreciate how you took the bull by the horn and you led this district in making the best decisions that you could make because I know that none of the decisions were easy for you to make. You made the most important choice and in my opinion, the more excellent choice. As a parent, I say thank you,” said Natalie Mitchell, SCS parent.

When it came to individual items on the agenda, one particular topic sparked discussion. It was classroom additions at Germantown Elementary School.

State legislators have a proposal on the table in which, if passed, would stop SCS from operating schools in Germantown and Millington. Germantown Elementary School is one of those schools.

“I want to be crystal clear. I most definitely think this is a needed addition to the schools to service the overcrowding, but due to the current legislation, I am concerned about spending dollars at this time,” said Stephanie Love, SCS Board Member District 3.

However, those who are a part of the project said the money pays for the design.

“Obviously, some work had already begun. We then had to modify the design in response to feedback received from the Germantown Municipality. This is to pay for those services,” said a project organizer.

Aside from the concern, all board members agreed the work needed to be done and the item was passed.

@SCSK12Unified returned to their first in-person board meeting this afternoon. pic.twitter.com/T9vXFYRl3K

Looking ahead, SCS has quite the month in store.

There is a ribbon cutting ceremony, Wednesday, for Alcy Elementary School.

Booker T. Washington has a partnership with the Memphis Grizzlies and Pepsi for the Stronger Together Memphis program. They've turned a classroom into a career lab and student lounge.

Lastly, the second annual State of the District address will be Friday, April 16th at 9am. It will be a time to look back at the year and the future ahead.