Students can choose to remain virtual or return to in-class lessons. 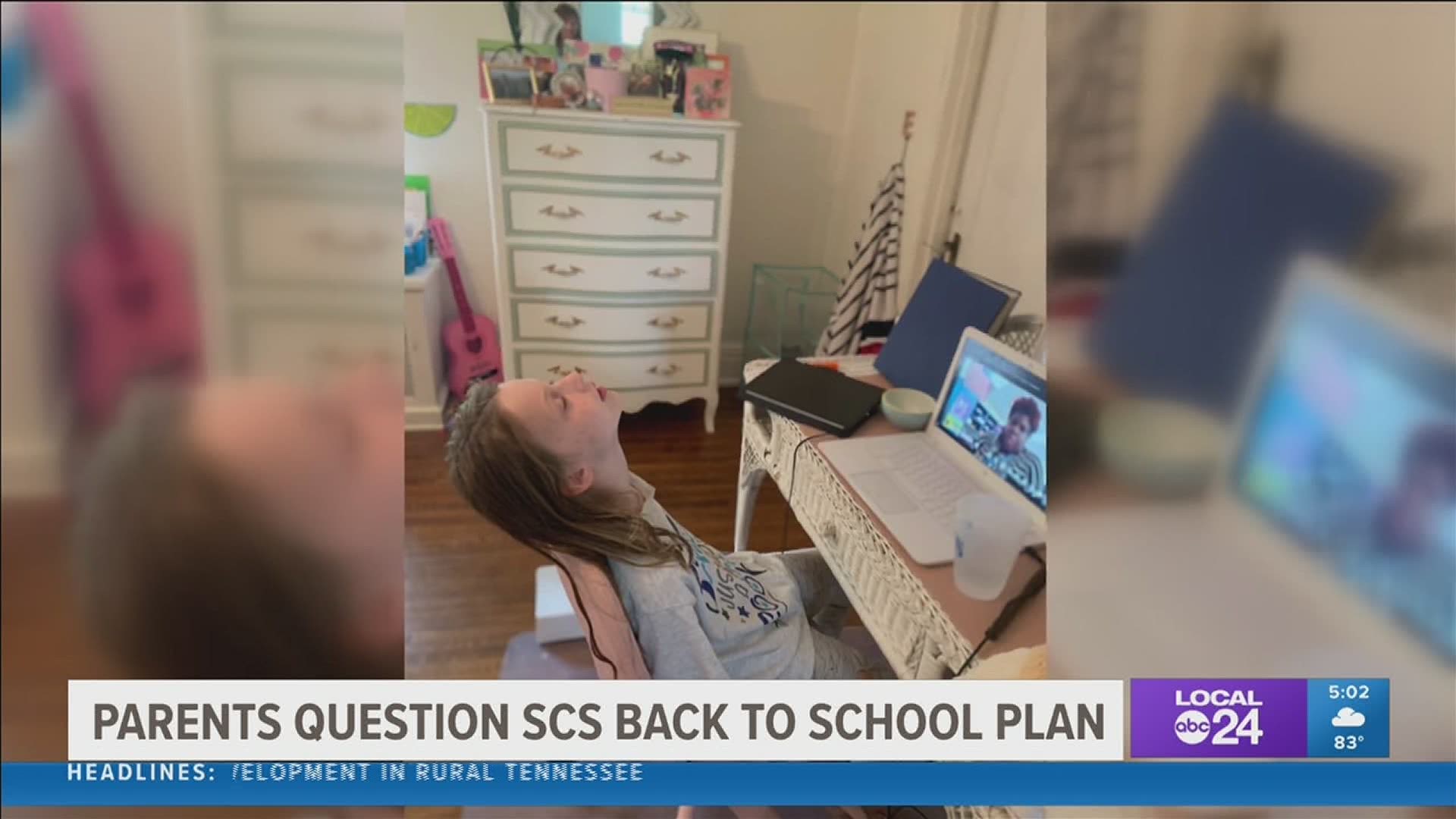 MEMPHIS, Tenn. — Shelby County Schools teachers and parents will have a choice of whether to return to the classroom or continue virtually when school starts back in January.

The plan is to first have preschoolers thru 5th graders and special needs students begin January 4th. Sixth to 12th grade would start in-person classes a few weeks later.

The district wants families to decide if they want students to stick with virtual or switch to in-person classes by October 30.

McKee is trying to be optimistic about her children returning to in-person classes, she says that virtual learning has been difficult for her fourth-grade daughter and second grade son.

Shelby County Schools says they are preparing to return to in-person learning in January but says the plan is flexible.

"If there is some reason in January it is dangerous or even the health department says they do not feel it's a good time to return we can still adjust those plans," said Jerica Phillips, SCS Spokesperson.

In addition to students having an option to return to class or remain virtual, teachers will also have to decide.  If a teacher chooses to teach virtually,  aides or facilitators will be in classrooms with the students. Students will keep their teacher and will continue to use their computer programs regardless of whether they attend in-person or virtually.  The district has set a list of metrics that must be met before everyone would be required to return to school. Questions about how the district would respond to an outbreak and safety protocols weren't directly answered in a news conference Tuesday. Instead reporters and public are being directed to read the district's lengthy back to school safety plan on its website.

"Many of the questions for in-person learning and going back into the building you all can refer back to our safe plan that we released back in July. It basically outlines all the work we have done to keep students safe," said Phillips.

Instead of having to read detailed plans, McKee says she would like district officials to boil it down to the basics.

"We need clear concise information from the school system especially when we have to make decisions in 10 days," said McKee," Thousands of us as parents are dealing with work and feeding are families and making sure our kids are learning and without the information, we need to plan ahead it makes things very difficult

RELATED: It’s time for Shelby County Schools to start planning to go back to the classrooms

"My biggest concern about the phase in plan is that January is so far away. And I am happy for January, but I would have like to see it sooner," said Anna White, SCS parent.

White also has concerns about how the district plans to bring students back.  The plan is to keep the students and teachers in the same class...whether they are virtual or in-person. White said that defeats the purpose of returning to school. Her daughter could be sitting in a classroom, while the teacher is educating from an off-site location. The students whether they choose virtual or in-person classes will still be in same class using the same virtual learning platform.

She would like to see in-person students and teachers paired up and taught in a traditional setting. Pointing out that is happening in private and municipal schools in our area.

"Everything has challenges, none of this is easy, everything feels overwhelming and everything is different than the way it used to be," said White.

SCS said they have plans in place to keep teachers and students socially distanced and safe. They are also looking at doing COVID-19 testing for students and teachers, however it would voluntary and not mandatory. 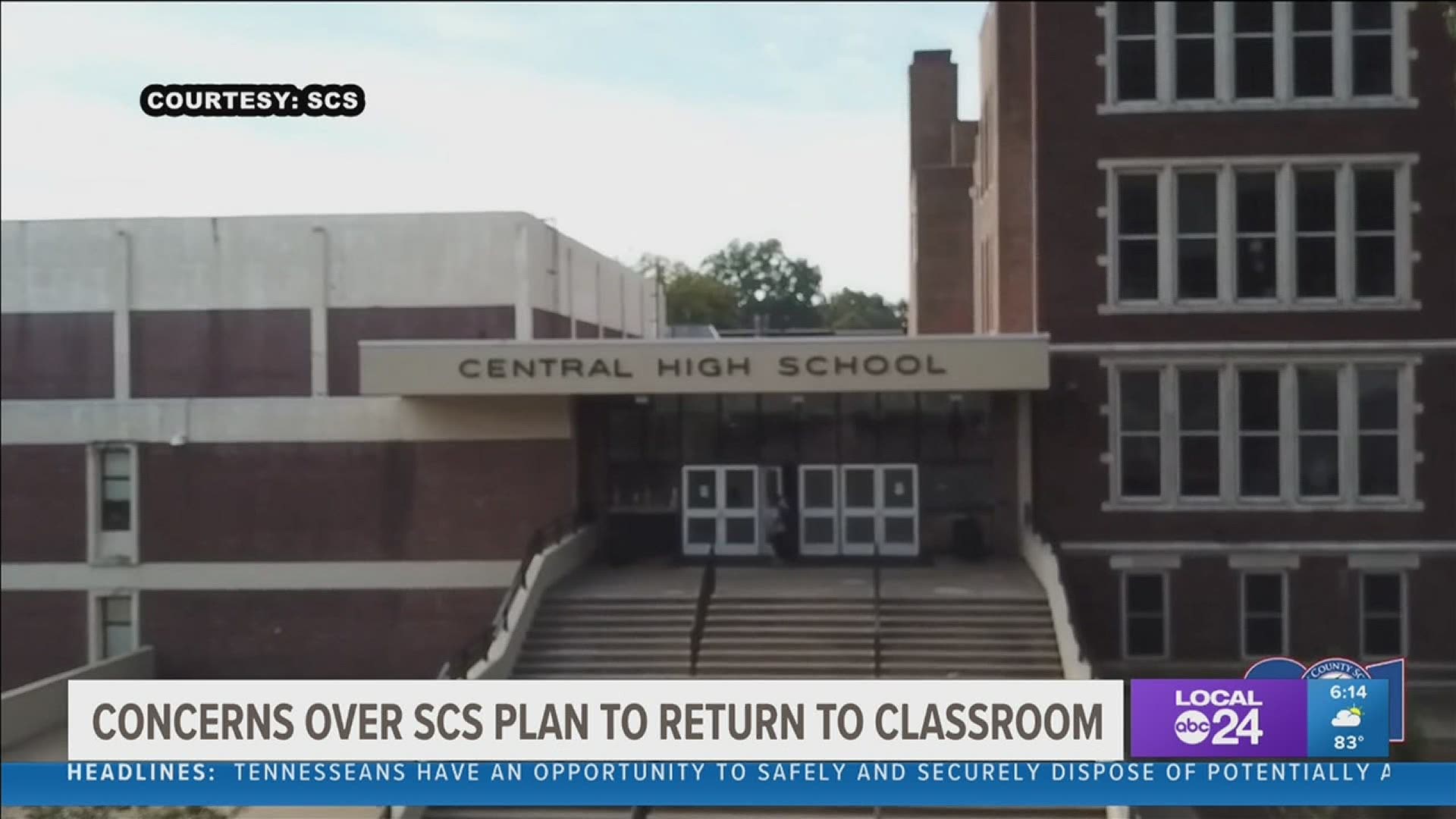