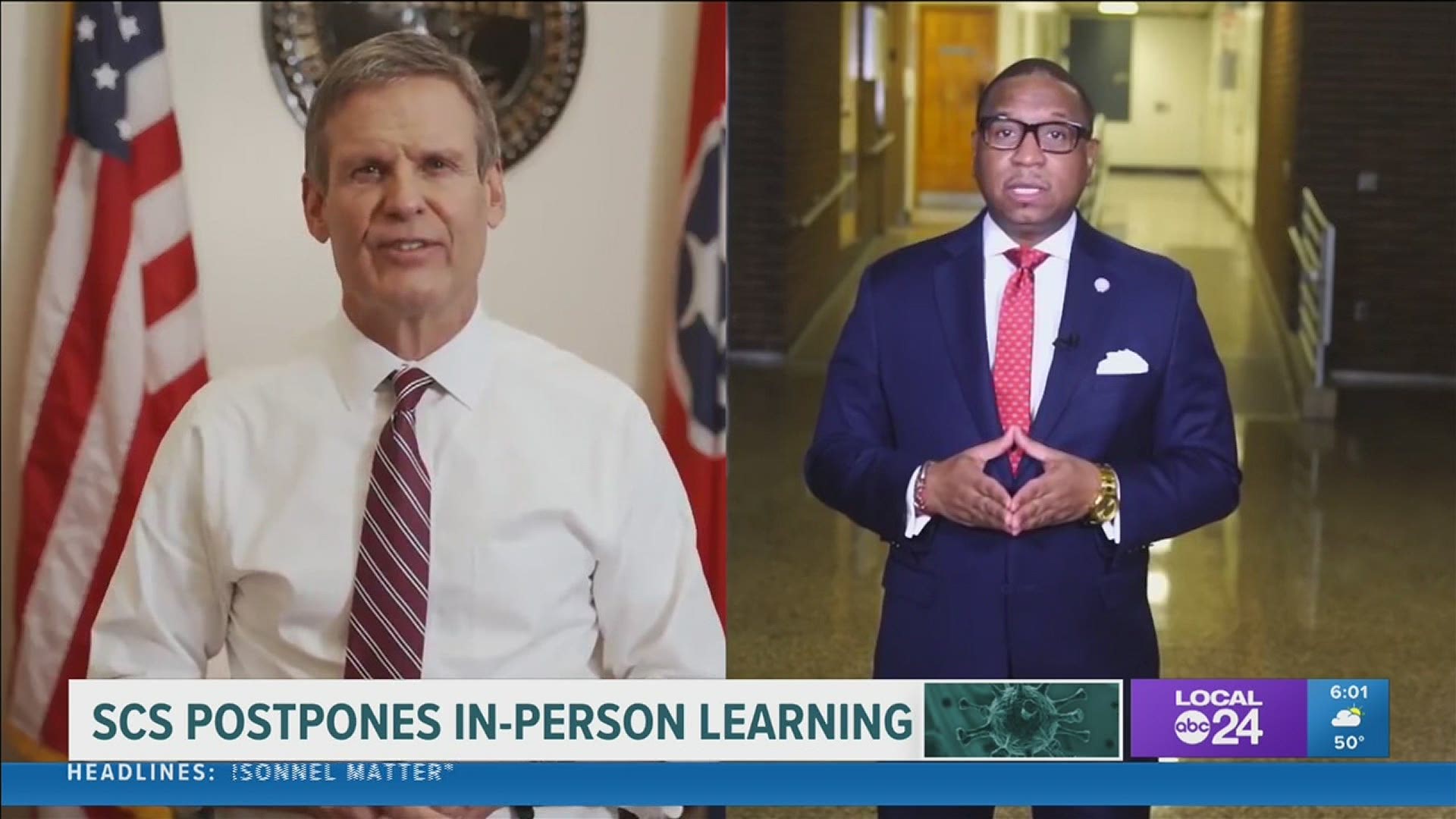 MEMPHIS, Tenn. — Shelby County Schools announced today it was delaying the return of students to the classroom.

The district had been aiming to reopen schools February 8th. SCS now says they don't have a target date to return.  Friday they released this statement explaining its decision.

As you can imagine, there are parents  not happy about the decision not to return to in person classes, teachers and administrators are applauding it.

"It's not about just teachers it's about spreading this to the community," said Keith Williams, MSCEA Executive Director.

Keith Williams, Executive Director of the Memphis Shelby County Education Association says erring on the side of caution and not opening the door for in person classes makes sense.  Williams says COVID transmission is still too high and educator have yet to be vaccinated in Shelby County.

According to SCS, in person learning has been delayed in the interest of safety for students, staff and the community.

"We will not politicize the safety of our educators and students," said Jerica Phillips, SCS Spokesperson.

We're told the district wanted the governor to guarantee employees would get priority for vaccinations but that didn't happen. Right now the district is working with the Shelby County Health Department to train district nurses and prepare district sites to offer vaccines to educators and employees.

"We want to ensure we are prioritized with vaccinations. That would certainly help mitigate the risk for our educators. If you are going to ask us to return to buildings immediately," said Phillips.

According to Governor Lee's spokesperson,  no consequences were discussed if the district failed to return to classes by the 15th but Lee did Convey to Superintendent Dr. Joris Ray how important he feels the in person learning option is.

"Yes, he did mention February 15th but we don't know where that date came from? What we do know is that there is potential legislation that could mandate us back into school building but what we continue to say is that we will not put a timeline or target date how we address this virus," said Phillips, "What we have continued to say is that we are following the science.. and locally we are making the best decision for our student employees and staff. "

Lee also said he wanted Nashville Public Schools to reopen by the 15th. It's expected that district plans to make an announcement Monday.

A spokesperson for Governor Lee said across the state all k-12 teachers and childcare staff we're moved in to the 1-B vaccine phase. In most West Tennesse counties that category is being vaccinated.