Earlier this week, Tennessee Governor Bill Lee issued an executive order allowing parents to opt out of having their kids wear masks in school. 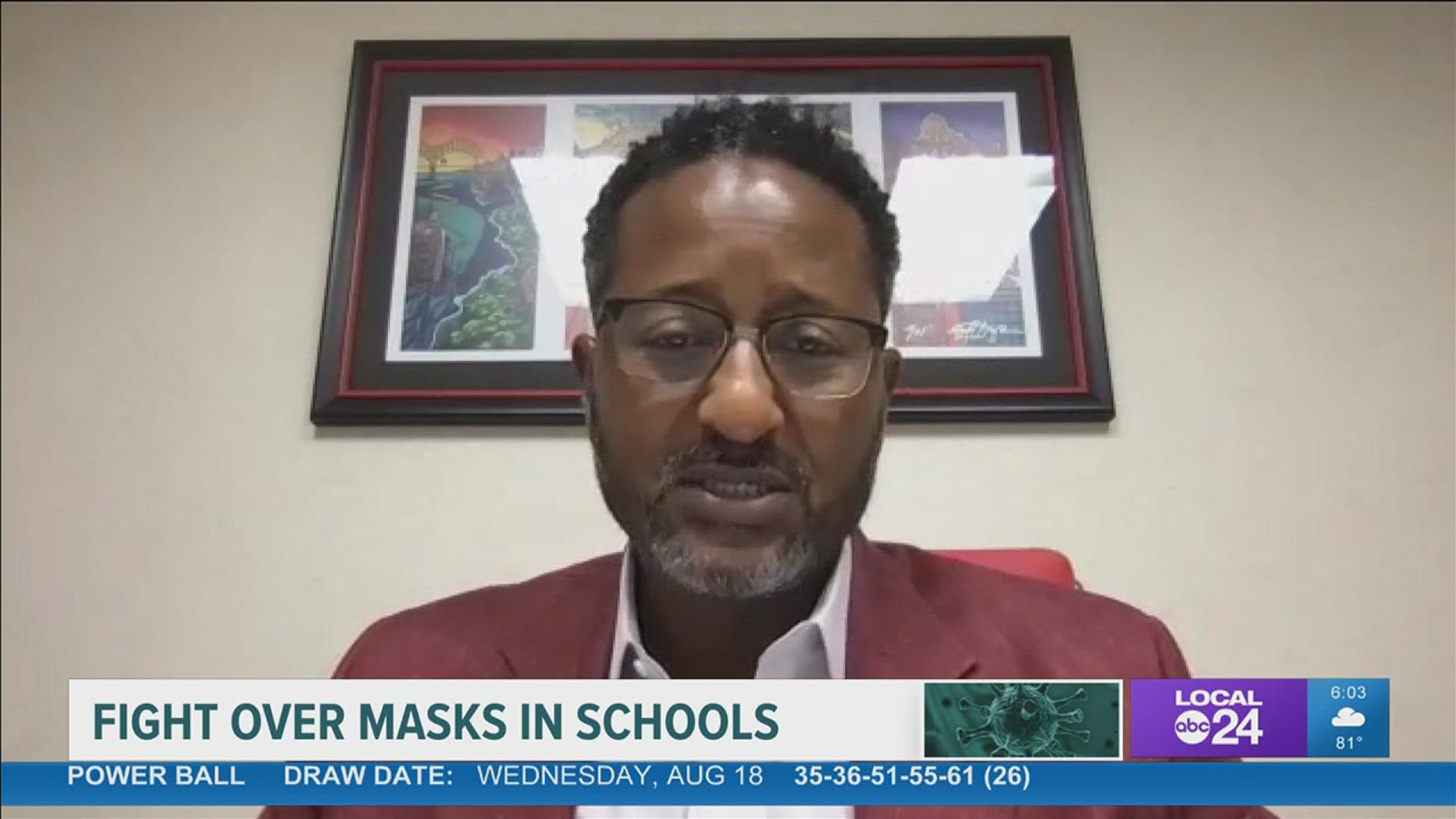 MEMPHIS, Tenn. — It is a battle between government and school districts. Earlier this week, Tennessee Governor Bill Lee issued an executive order allowing parents to opt out of having their kids wear masks in school. That decision has led Shelby County Schools to take an action of their own. In the eyes of some, it is safety versus politics.

“We understand that there are things happening politically, but the safety of our children should never be politicized in this mask issue,” said Andre Dean, Memphis Alumni Chapter of Kappa Alpha Psi Fraternity, Inc. Polemarch.

Here is the issue. Shelby County Schools want children to mask up in school; however, Governor Bill Lee issued an executive order allowing students to opt-out. In response, SCS posted a flyer saying, “We stand for safety” with the hashtag “Don’t hurt our children.” They want people to contact lawmakers and push for a mask mandate in schools. They’ve gotten a lot of support from community members and leaders such as Dean.

“We know that masks stop the spread of COVID. Why not put the mask mandate in place and keep it in place and learn more as the science continues to develop around the issue,” said Dean. “These are our children that’s being volleyed around politically.”

Other leaders such as State Representative Antonio Parkinson question whether the executive order is legal at all.

Is it safety or politics? @SCSK12Unified wants children to wear masks in school; however, @GovBillLee issued an executive order allowing students to opt-out. pic.twitter.com/n1eRg0WGoh

In the end, supporters of SCS said it is about the kids first.

"They don’t know if they’re safe or not. We’re the adults. We have to make adult decisions. It is for the good of all not just the good of one,” said Dean.

We contacted lawmakers in support of the executive order. They were not available. We also reached out to Governor Lee’s office and have not heard back at this time.