Rev. Althea Greene criticized some SCS teachers in her congregation saying they "didn't do anything" during virtual learning. 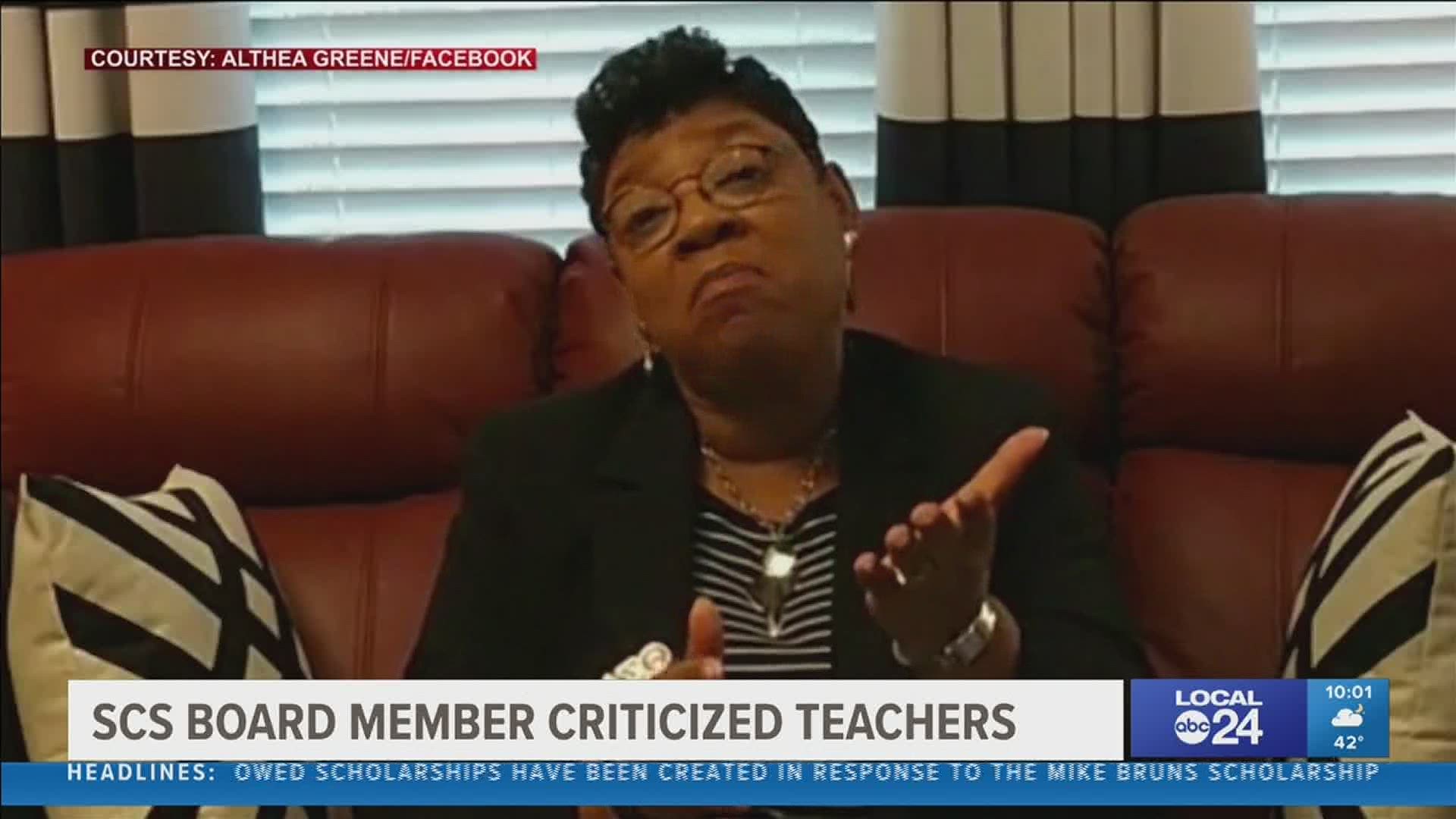 MEMPHIS, Tenn. — A Shelby County Schools board member is feeling the heat for what she said about teachers on Facebook.

Rev. Althea Greene, the SCS board member for District 2, had "real talk" during a Sunday morning sermon with some upset teachers in her congregation about complaints they received for not doing their job effectively during virtual learning.

"Many teachers still don’t want to go back to work tomorrow," Greene said in the Facebook video. "Well, you know what? You got paid March to May and I didn’t say anything and most of you didn’t do anything."

Greene said her comments were only meant for those in her congregation. Now that schools are reopening, she hopes teachers will give their best, adding students deserve teachers who give 100%.

"Please go back with a positive attitude," Greene said. "Children don’t deserve your nasty, funky, sour attitude when they arrive back in the morning."

Her remarks were heard by many others and did not go over well. Keith Williams, the executive director for Memphis-Shelby County Education Association said the comments were "inappropriate" for implying SCS teachers got paid to do nothing.

"Certainly, the teachers have worked harder than they have ever worked in their lives," Williams said. "They have not been at home doing nothing."

Greene said her words were "taken out of context."

"It is always my prayer to educate them and encourage them. Never to belittle anybody," Greene said. "I am the biggest advocate for teachers."

A @SCSK12Unified board member is facing criticism after claiming some got paid and "didn’t do anything."

Rev. Althea Greene says it was "real talk" with teachers in her congregation upset over complaints they didn't do their job well during virtual learning. @LocalMemphis pic.twitter.com/upxAPxxOAl

She acknowledged a lot of teachers worked hard during virtual learning.

Williams said Greene knows that teachers work above and beyond for their pay.