What will happen with TN standardized test this year? 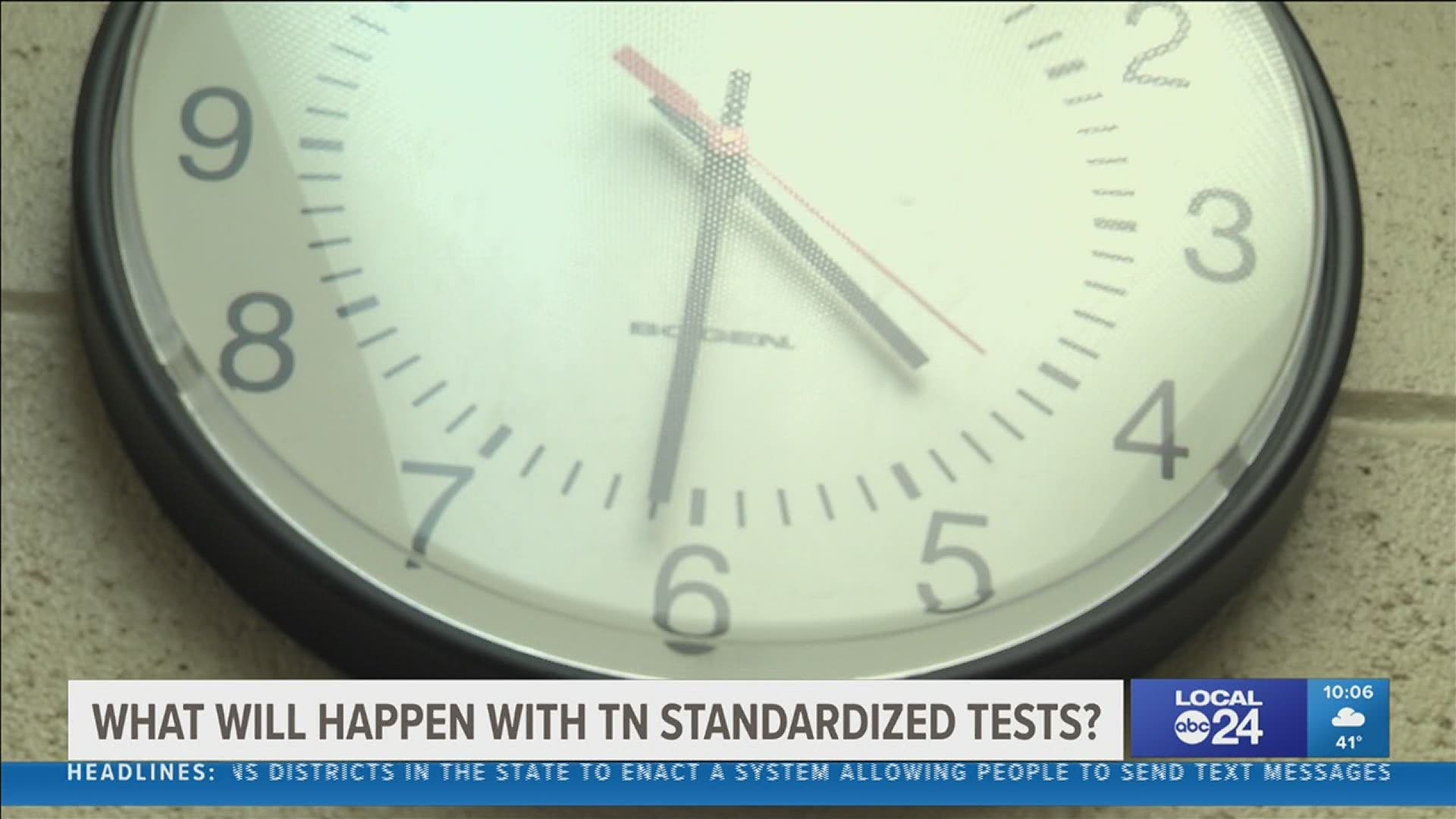 As Local 24 News Reporter, Brittani Moncrease, tells us one of the big topics of discussion is state standardized tests.

When it comes to the Tennessee Education Association there is one bottom line.

“We’ve not been able to move as quickly, go as deeply with our instruction because of the various challenges,” said Brown.

Governor Lee has called a special session to discuss education.

Brown said there are four proposals on the table. One is tackling standardized tests.

Test such as the TCAP are done electronically for high school students, but they are on paper for 3rd to 8th graders.

“When you have districts that are remote, I have a difficult time wrapping my head around what that looks like,” said Brown.

Plus, there are concerns for security, safety, and preparation.

“There comes a point where you do stop teaching new material and you start test prep,” said Brown. "As we think about the disruption to student learning, TEA believes it’s better use of our time to actually provide instruction rather than administer standardized tests.”

If there must be a test, TEA does support the no harm bill.

With so many people learning virtually, what will happen with Tennessee standardized tests? We have that answer for you tonight on @LocalMemphis

“One thing that has emerged from the pandemic is a forced acknowledgement of the resource gap, the inequities that exist in our public-school system particularly in our Black and brown communities, impoverished communities,” said Brown.

Only the US Secretary of Education can waive standardized testing.

The special session for education is Tuesday, January 19th.