An impartial discussion of controversial aspects of history will be allowed under the bill. 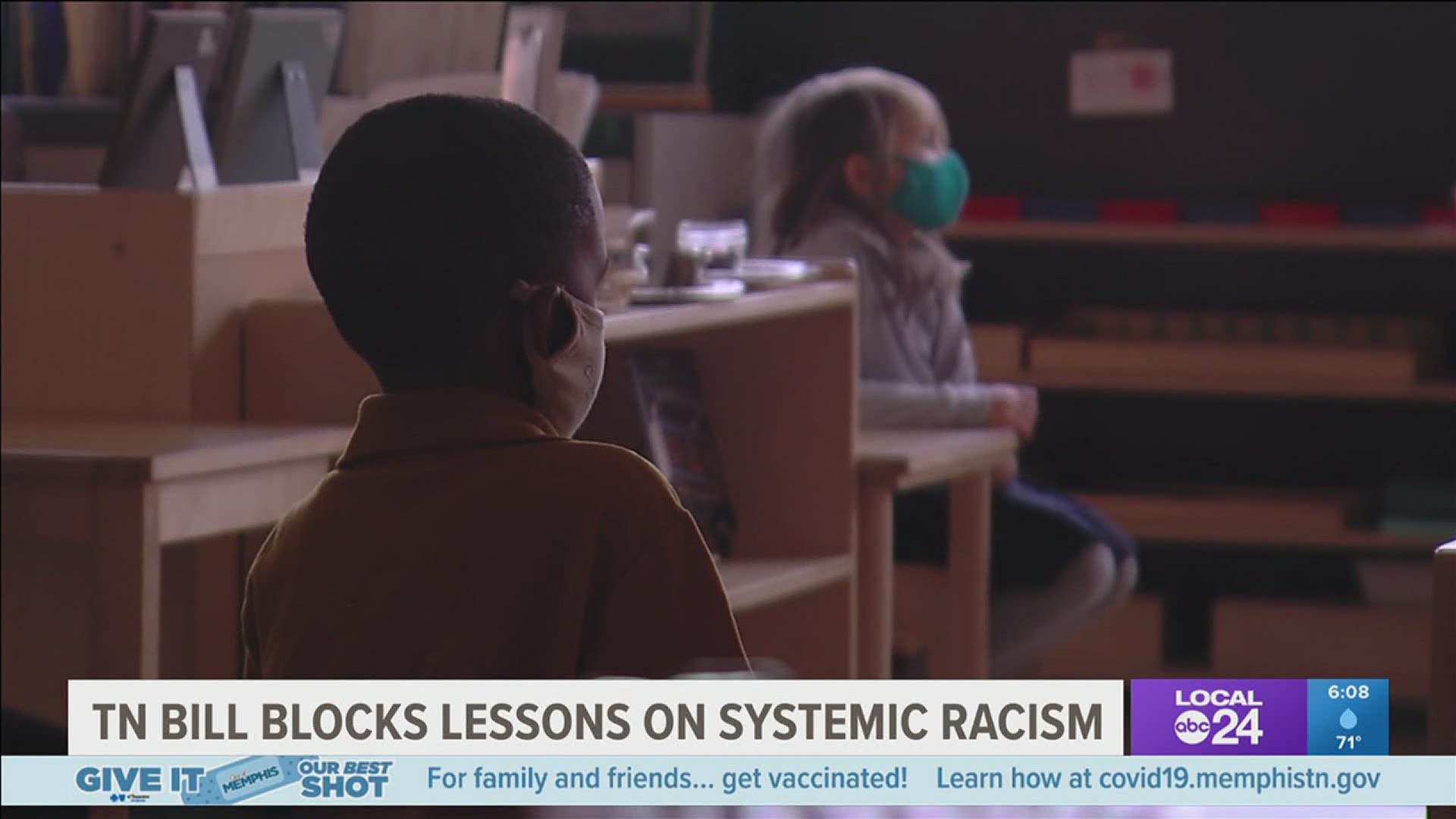 MEMPHIS, Tennessee — A bill that would restrict how subjects like race and racism are taught in the classroom is a step closer to becoming Tennessee law.

It passed the state house Tuesday, despite objections from several lawmakers.

If it becomes law, funding could be withheld from districts that teach what are considered elements of "critical race theory." The law would prohibit schools from teaching about inequalities and racial or sexist privilege.

"This is just for a lack of a better word, disappointing," said parent Dianechia Fields.

Fields doesn't understand why some Tennessee lawmakers would want to punish school districts for simply telling the truth. Fields is a Memphis parent and member of Memphis Lift - a parent group that is dedicated to improving education in our area.

"To want to discourage teaching proper history for all students is ludicrous," said Fields.

RELATED: Tennessee public schools could lose funding if they blame systemic racism or sexism for actions in the past

Though the words "critical race theory" are not specifically used in the bill, according to the legislation, schools could not promote instruction that the United States is fundamentally racist or that a person's sex or race is inherently privileged. The bills sponsor, Rep. John Ragan, (R) Oak Ridge, said teachers would have to just stick to the facts.

Ragan said some "misguided souls leverage social, cultural, and religious factors to fracture our indivisible nation." He went on to say, "To create artificial division among us, these self-styled noble champions of the oppressed, unashamedly distort and twist the truth" in his pitch to lawmakers as to why they should support the bill

Memphis lawmakers object to this legislation.

"We can't suppress the horrific or bad because it makes us uncomfortable. We need to tell the whole history in our state and our history in the United States," said TN. Rep Antonio Parkinson, (D) Memphis.

Republican Representative Mark White from Memphis summed it up this way.

"Bottom line, this bill says do unto others as you want others to do to you, and love your neighbors yourself, and stop the blame game. That's where we are as a nation - we want to blame each other and we can never get over our divide as long as we keep blaming each other for what we have done in history."

The bottom line, said one Memphis parent - either way, in the end, it's the students who will suffer.

"To want to put a ban and withhold funding from school is disheartening," said Fields.

A spokesperson for Shelby County schools said they are aware of the pending legislation and if it becomes law, the district will assess its impact on SCS.

"All men are created equal" and "people should be judged by the content of their character" seems to be a recurring Republican theme when debating HB 0580, specifically the amendment that will force teachers to suppress truth in the classroom. 🤫 Was @BrothersOsborne (1/2)

judged by the content of his character when they killed the resolution in his honor just last night? 🤔 (2/2)