MEMPHIS, Tenn. (localmemphis.com) – The University of Memphis is increasing minimum wage for employees to $13/hour by July 2020, according to a letter fro... 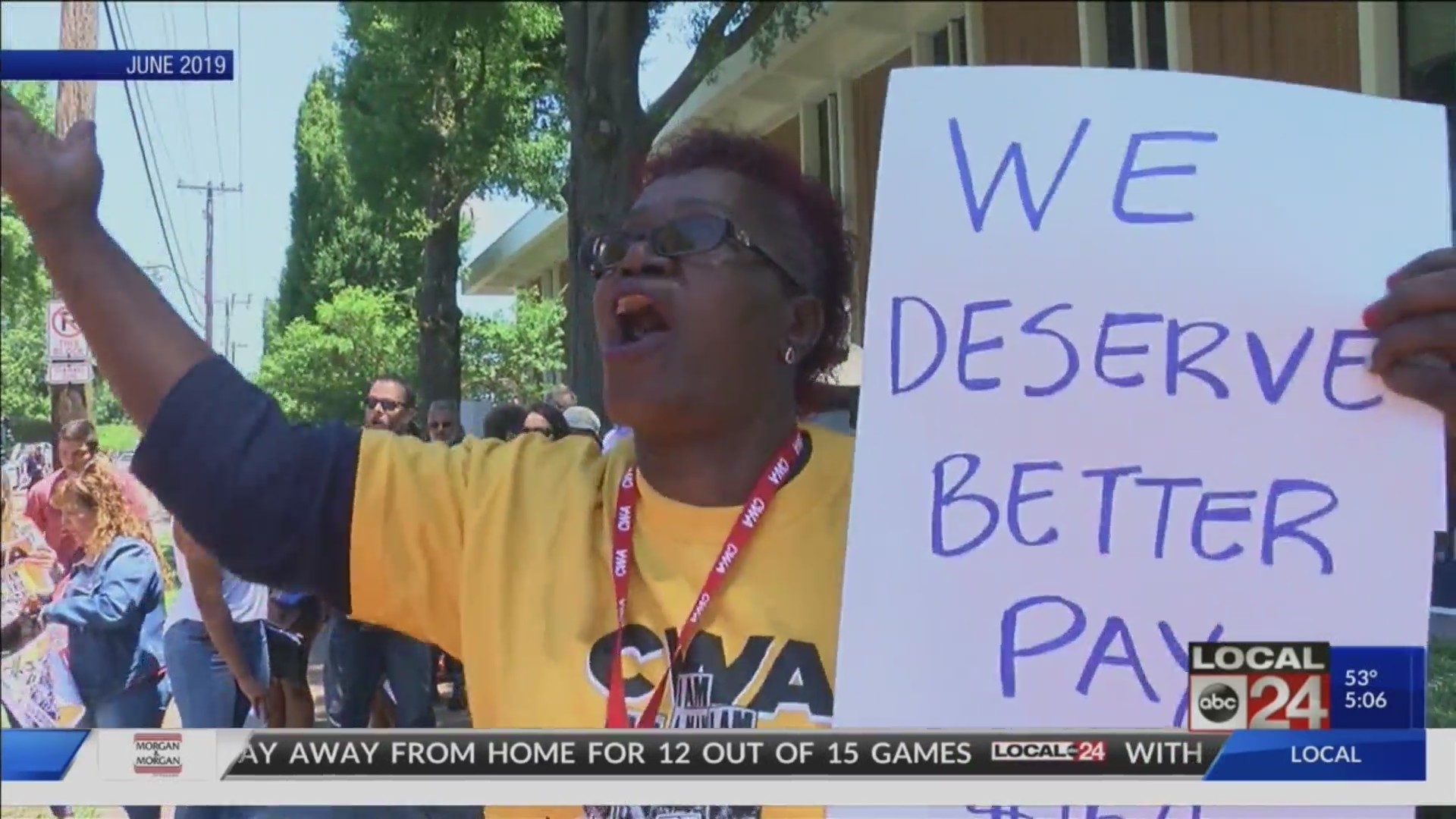 MEMPHIS, Tenn. (localmemphis.com) – The University of Memphis is increasing minimum wage for employees to $13/hour by July 2020, according to a letter from President M. David Rudd to students, faculty, and staff.

You can read the letter below:

Welcome back for the spring semester, and I hope your new year is off to a good start. Since I started my tenure as president, our leadership team has made a firm commitment to raise the wages of our lowest paid employees. As I have mentioned on many occasions, we are doing so in a financially responsible and sustainable manner. We have an equally firm commitment to also keep the cost of education low for our students.

Over the past five years, we have made incremental progress in raising hourly pay. Most recently, in 2018 we increased the minimum wage from $10.10 per hour to $10.60 per hour and then in 2019, we again increased the University’s minimum wage to $11.11 per hour. We did so while also keeping our tuition and fee increases at the lowest level among all institutions of higher education in the State of Tennessee (see the chart below).

From University of Memphis

The University of Memphis continues to make significant progress as a university community, across all domains, particularly in our efforts to create operational efficiencies. Accordingly, I am pleased to announce that as a result of our continued efforts we will be increasing the minimum wage for all of our regular hourly wage employees to $13.00/hour by July 1, 2020. The increase will occur in two increments with the first incremental increase effective April 1, 2020, moving the minimum wage from $11.11 per hour to $12 per hour, and the second increase effective July 1, 2020 moving the wage to $13 per hour.

Thank you for your hard work and continued commitment to our students, the City of Memphis and the State of Tennessee. Our success is the direct result of the dedication of our faculty, staff and students.

After being found to have no written plan to pay employees $15 per hour, President Rudd made a surprising announcement to increase pay to $13 per hour by July 2020. However, union members of United Campus Workers say they are not giving up their fight for $15 per hour. “We are not done with this issue, not one bit,” said Doris Brooks-Conley, a 19-year custodian who has been outspoken about her and her coworkers pay. “You have people who have been here for over a decade or more. This means people coming in the door would make what we make after 20 years of working. $15 per hour would have helped a lot more people. Meanwhile you have top administrators enjoying $15,000 to $25,000 raises per person. Why can’t we have what we need?” she concluded.

The news of President Rudd’s announcement comes on the heels of protests in 2019, Mayor Lee Harris’ veto of county funds for UofM’s swimming pool renovation, and a joint Staff and Faculty Senate resolution calling for $15 per hr. “I have been here for 5 years,” said Sharon Gale, a third-shift custodian, “and I think it’s a good thing because we’ve been asking for better pay for a long time. It’s been really hard for me trying to keep up with bills and expenses. At the end of the day, we need the $15. I hope Dr. Rudd keeps his promise and we see it by the end of the year.”

Members of United Campus workers say they have worked hard to push President Rudd to prioritize a living wage instead of just incremental raises. In 2019, UCW called for “No More Incremental Raises.” Former Vice President of the union in Memphis, Ms. Jean Rimmer, has worked on campus as a custodian for 12 years: “We started speaking up for ourselves in 2014. So this is a long time coming. But if Christain Brothers can do it and not impact tuition, so can we. If the UT downtown, St. Jude and the County Government can do it, so can we. We care about our students, we care about the University, but if the cleaners are always last, that means our jobs will remain underpaid. Where is $15?”