University of Memphis President M. David Rudd is stepping down

Rudd said in a letter to faculty, staff, and students that he would stay on as long as needed for a national search and orderly transition.

MEMPHIS, Tenn. — University of Memphis President M. David Rudd is stepping down after eight years at the college.

According to a release from the University, Rudd will leave the position in May 2022, and return to the faculty in 2023 after a year sabbatical.

In a letter to faculty, staff and students Wednesday, Rudd said he always planned to serve for no longer than a decade, and wants to go back to teaching and research. He said he would stay on as long as needed for a national search and orderly transition.

You can read the full letter and news release below.

The past year has been a difficult one, for our campus, our City, our country and each of us personally. It has also brought into sharp focus those we love, the lives we live and the importance of how we spend the time we have. I have been in Memphis for eight years now, serving my first year as provost and the past seven as president, with all eight years marked by a rich array of challenges. When originally asked how long I would serve at the senior level, I said it would not be longer than a decade. Earlier today, I informed our Trustees this will be my last year as president. As a tenured member of the faculty, I have decided to return to the important work of teaching, scientific research and clinical care I set aside 15 years ago when I transitioned to senior administration. I shared with our Trustees that I am willing to stay on as long as needed to allow for a successful national search and provide for an orderly transition in 2022.

The University of Memphis has never been stronger across all metrics, including student and faculty outcomes, our financial position, a growing national presence and national rankings of our academic programs and the University as whole. Given our momentum and positive trajectory, this is a good time for a transition in leadership. Over the course of the coming year, I will work to continue to address issues related to the impact of the global pandemic on faculty, staff and students and also complete a number of projects already well underway (i.e., our Carnegie R1 agenda, Student Wellness Center, Mike Rose Aquatic Center, Scheidt Family Music Center, STEM Building, Porter Leath/UofM Early Childhood Academy and our new partnership with Meharry Medical College). It has been a privilege to work alongside such dedicated people in service to our campus and community. I am proud of the work we have done together, the progress we have made, the positive impact we have had on our students and community, the lives we have helped change for the better and the foundation we have built that has positioned our University for success for years to come. I am grateful to our Board of Trustees for their service to our University and our community. I am thankful for our exceptional faculty, staff and students and the remarkable support of our community. Universities thrive on innovation and new ideas. New leadership will bring new ideas, new energy and new voices for the next step in advancing our University. I look forward to contributing to our campus, our community and our City in new ways.

Once a president, always a Tiger.

My message to our campus today. pic.twitter.com/MAKJ0oVROX

(UNIVERSITY OF MEMPHIS NEWS RELEASE) - Dr. M. David Rudd, the 12th president of the University of Memphis, will be leaving his position in May 2022. He will transition to faculty in 2023 to continue his research, after a year sabbatical abroad.

“We are deeply grateful for the tireless service and dedicated leadership President Rudd has given to the University of Memphis, the City of Memphis, the UofM Lambuth campus and all of West Tennessee,” said Doug Edwards, chair of the University of Memphis Board of Trustees. “His innovative efforts have advanced the University educationally and financially, positioning the UofM to compete at the highest levels nationally. The UofM will continue its commitment to research and attaining Carnegie 1 status; development of a diverse and inclusive campus community within faculty, staff and student populations; a comprehensive, successful athletic program; and fiscal responsibility.”

The Board of Trustees will have a special-called meeting today at noon to discuss the presidential search process which may include the search committee composition and the use of an executive search firm. Additional information on the meeting can be found at https://www.memphis.edu/bot/meetings/. The successful candidate will be named before May 2022; therefore no interim will be appointed.

Rudd is completing his seventh year as President of the University of Memphis, a position he has held since May 2014. He came to the UofM the previous year and held the position of Provost. As a Distinguished University Professor of Psychology, he also continues funded research and maintains his affiliation with the National Center for Veterans Studies at the University of Utah as co-founder and scientific director.

Student success, research growth and community partnerships have been critical goals during his tenure in Memphis, with record-breaking improvements in student retention and graduation rates coupled with significant growth in research expenditures, along with community partnerships to support students. He spearheaded efforts to create a new division of Student Success; developed the University’s first integrated enrollment, retention and graduation plan; created a one-stop admissions center; launched UofM Global, developed targeted degree pathways for all majors; implemented an Academic Coaching for Excellence initiative; and offered need-based funding for the first time in UofM history.

Efforts to grow community partnerships and engagement have been successful during his tenure. Initiatives include corporate partnerships with UofM Global and FedEx (LiFE: Learning inspired by FedEx), Methodist Le Bonheur Healthcare (MAAP) and the City of Memphis (COMPETE and RISE). These unique programs allow employees to overcome academic and financial barriers to receive their degrees. Additionally, the UMRF Research Park and the launching of UMRF Ventures, a private company held by the UofM Research Foundation, has led to many new partnerships with companies. Ventures hosts several FedEx Call Centers, a data analytic center and an IT Command Center. It employs more than 450 students and gross revenue approached $5.3 million in only its third year. Other innovative partnerships include the City of Memphis, Tennis Memphis and the UofM Leftwich Tennis Center expansion and the Memphis Symphony Orchestra in Residence at the UofM, which offers a series of world-class symphonic music on campus.

More than $500 million is being invested on campus and in the University Neighborhood District, with more than $140 million in private funds. Under Rudd’s leadership, the campus has been enhanced significantly while expanding rapidly. The Laurie-Walton Family Basketball Center and the Indoor Football Practice Facility have provided Tiger Athletics with two of the top facilities in the country. The Hunter Harrison Memorial Pedestrian Cable Bridge, parking garage, plaza and Alumni Mall Amphitheater have greatly improved the campus both functionally and aesthetically. Further, the forthcoming Scheidt Family Music Center, R. Brad Martin Student Wellness Center and Plaza, and Mike Rose Natatorium will provide students with state-of-the-art facilities to further support their growth. A new STEM building is currently in the planning phase and was funded this past year by the Tennessee legislature and set to break ground in 2022.

Rudd has a bachelor’s degree from Princeton and master’s and PhD degrees in psychology from the University of Texas.

The University of Memphis Board of Trustees extends their sincere gratitude to President M. David Rudd for his exemplary leadership and his varied and lengthy list of extraordinary accomplishments. 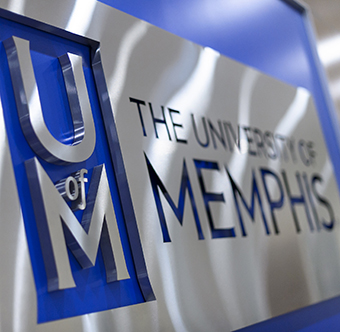 About President M. David Rudd
M. David Rudd is completing his seventh year as President of the University of Memphis, a position he has held since May 2014. As a Distinguished University Professor of Psychology, he also continues funded research, along with his affiliation with the National Center for Veterans Studies at the University of Utah as co-founder and scientific director.