Some students saw as offensive Melissa Hargrove's use of an acronym coined by the late hip hop artist Tupac Shakur in the 1990s. 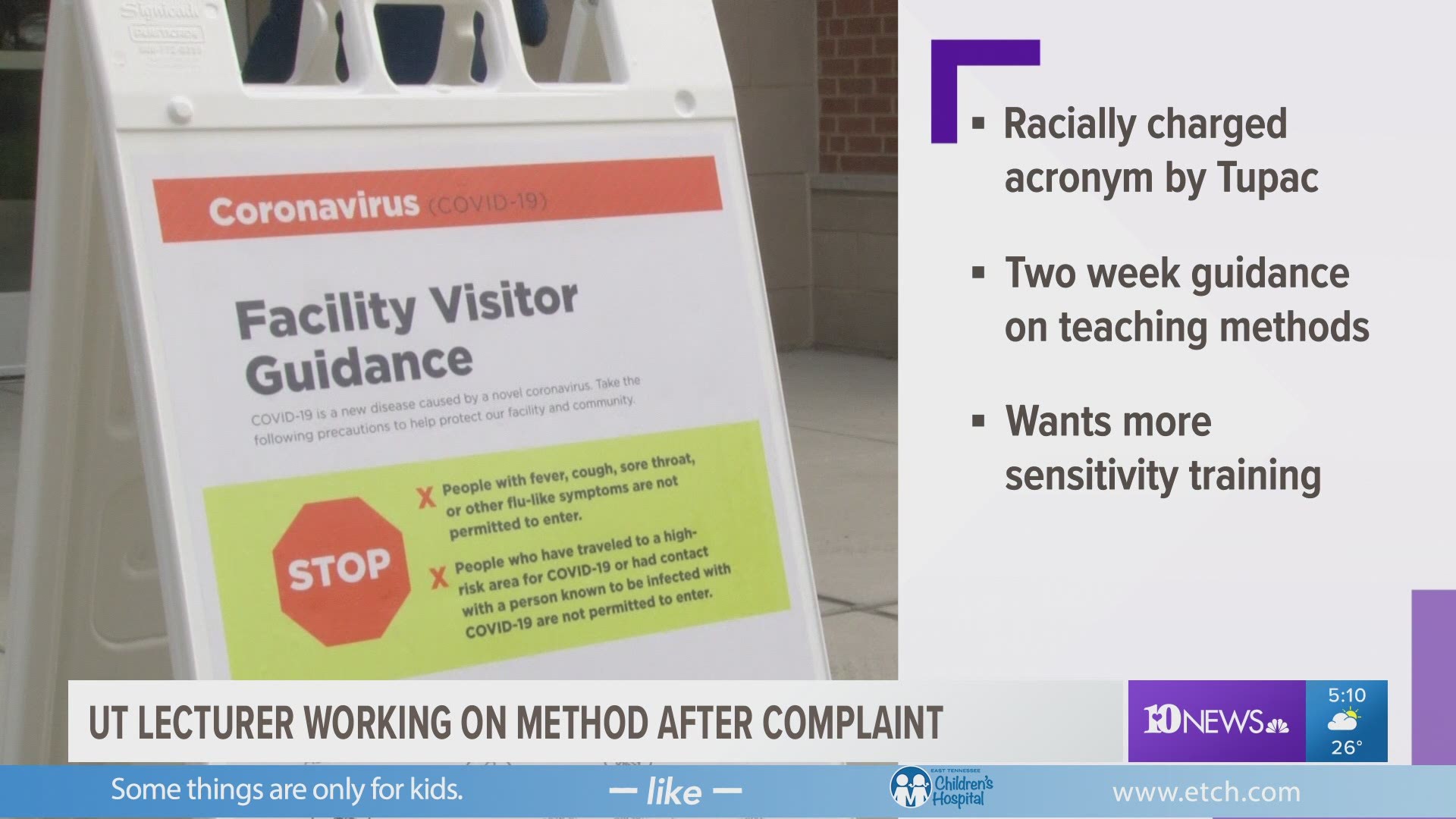 KNOXVILLE, Tennessee — A University of Tennessee lecturer whose presentation of a racially charged acronym by hip hop artist Tupac Shakur angered and offended some students is taking two weeks this month to evaluate her teaching content and methods.

Some students and student groups demanded Melissa Hargrove, a veteran instructor on race and anthropology, be fired.

UT's College of Arts & Sciences, however, agreed with Hargrove that she should take at least two weeks this month to seek guidance from UT's Center for Teaching and Learning Innovation about her teaching methods, a Feb. 7 letter to Hargrove indicates.

"We appreciate that you voluntarily opted to take two weeks away from ANTH 315 to work with ... (TLI) on ensuring that you present difficult material (such as racially charged language) in a manner that is pedagogically effective, which includes a thorough understanding of how your instructional methods are being received by students," the letter in Hargrove's personnel file from Africana Studies program chair Shayla C. Nunnally states.

"The objective of the work with TLI is not to sanitize difficult content of your courses, but rather to ensure that difficult material is presented in a more inclusive and effective manner."

The campus center is billed as a resource to help faculty with instruction.

Hargrove, who has earned bachelor's, masters and doctorate degrees from UT, also has indicated an interest in "having further bias and sensitivity training" going forward, the letter states.

While lecturing earlier this month, Hargrove presented on the white board an acronym used by Shakur, or 2Pac, on an album he did before his murder in the 1990s. Tupac's message: Never Ignorant Getting Goals Accomplished.

The class is made up mostly of anthropology majors or minors and is cross-listed for both anthropology and Africana Studies.

Some students objected to Hargrove's use of the acronym in class.

The point of the lecture wasn't supposed to be what the acronym spelled, UT said afterward, but the context in which Shakur created it "...to counteract racially-oppressive acts such as treating people discriminatorily and suppressing their fullest potential."

Officials with the Africana Studies program also said the lesson was about how complex language can be in any form and the significance of race, politics and cultural appropriation when using language.

Hargrove, the letter states, is now working on more "inclusive teaching practices because of the disruptions caused by your method of presenting racially charged language in pop culture, and the music of Tupac in particular."

The lecturer, previously an assistant professor for seven years at the University of North Florida in Jacksonville, was anguished about how her teaching methods upset some students, the letter states.

"We agree that improving delivery of material with attention to the sensibilities of students is necessary," Nunnally wrote.

Nunnally said she'd be checking in with TLI about Hargrove's progress. After the two weeks, administrators would evaluate her progress and potential next steps with the class.

"I also will attend your class to observe your teaching, whereupon thereafter, we will discuss your performance. Given your eagerness to undertake this effort, I am optimistic that you will succeed in regaining the trust of those who have been shaken by this incident."

Hargrove for years has focused on the study of race and anthropology, race through history and race in the 21st century, her file shows. She's given talks about race and hip hop. She's also specialized in studies about the Gullah Geechee culture of the Coastal Carolinas.

After the incident in Hargrove's classroom, 11 groups signed a letter calling for her dismissal and for UTK to do a better job of addressing racism on campus.

The letter was signed by the SGA, UT's chapter of the NAACP, the Africana Studies Student Association, the Black Cultural Programming Committee, the National Society of Black Engineers, the Progressive Student Alliance, the Brothers United for Excellence, Students for Migrant Justice, the Black Student Union, the Women's Coordinating Council, and the Muslim Student Association.

Use the email template in our bio to contact university leadership to demand change and hold them accountable for their actions. pic.twitter.com/7nszs7PYAJ

The letter also noted a 2019 incident in which some students reported objections about a Hargrove lesson for an assignment "instructing her class to recreate the experience of 'enslaved African Americans who endured the Middle Passage.' "

The letter said the reports were ignored by the university.

There's no indication of the reports in Hargrove's personnel file. But UT acknowledged them Feb. 7 in a release that addressed the classroom lecture.

"University leadership has reviewed a 2019 bias complaint relating to an optional assignment in another class taught by the faculty member," it said then. "The chair of the Africana Studies program at the time discussed with the faculty member the need to provide preparation, context, and warning about the activity in question." 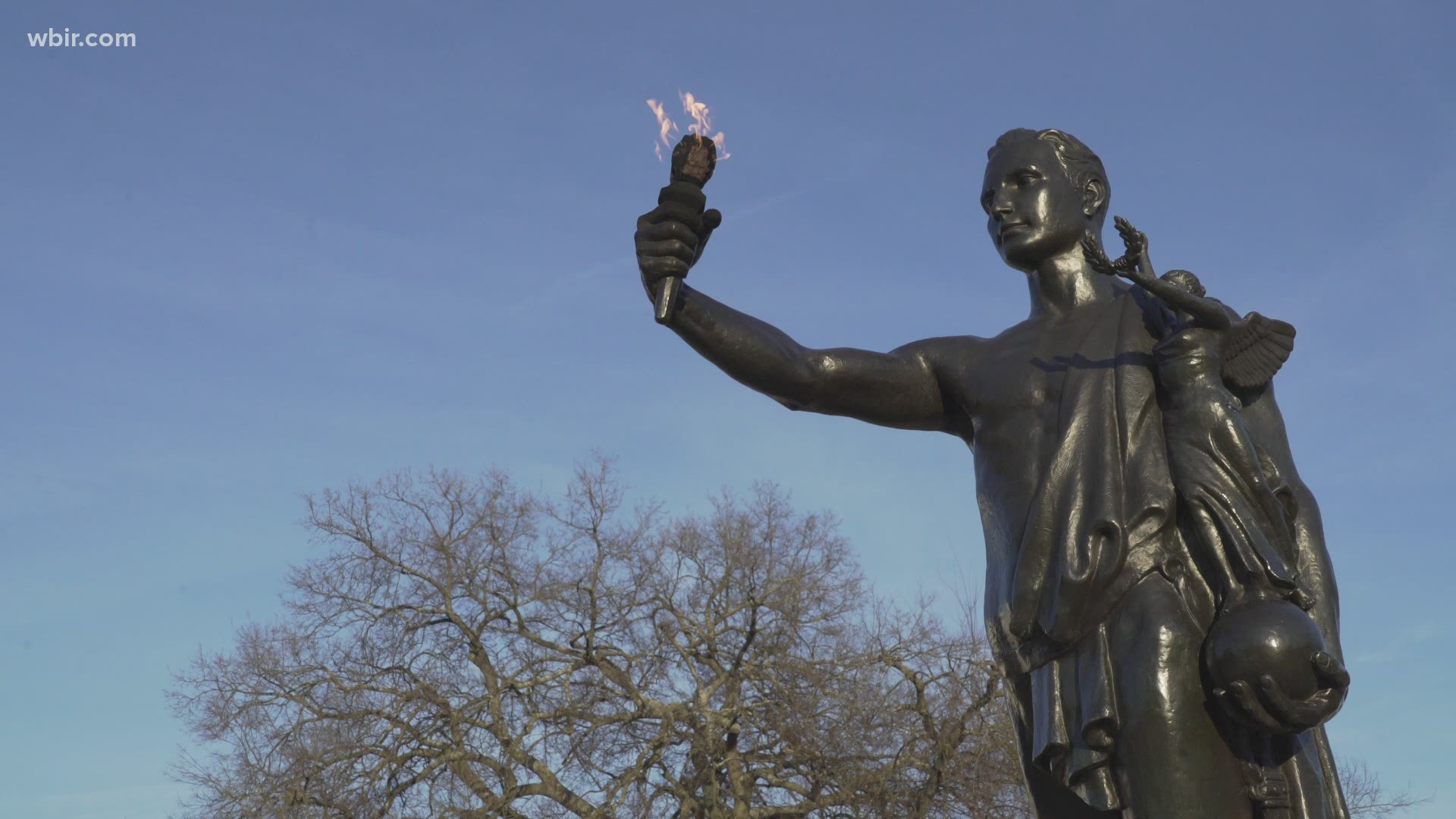 Nunnally noted in her letter to Hargrove that everyone could learn from this month's incident.

"As you expressed in our discussions, none of us can take for granted the privilege of leading our students through the exploration of difficult material. We will all work to be more inclusive and effective in our teaching methods and supervision; we will engage in direct discussions with students about this situation and how it could have been handled differently; and we will support each other as we learn in order to ensure success for our students and your professional development."