UT students were welcomed on campus with HABIT therapy dogs 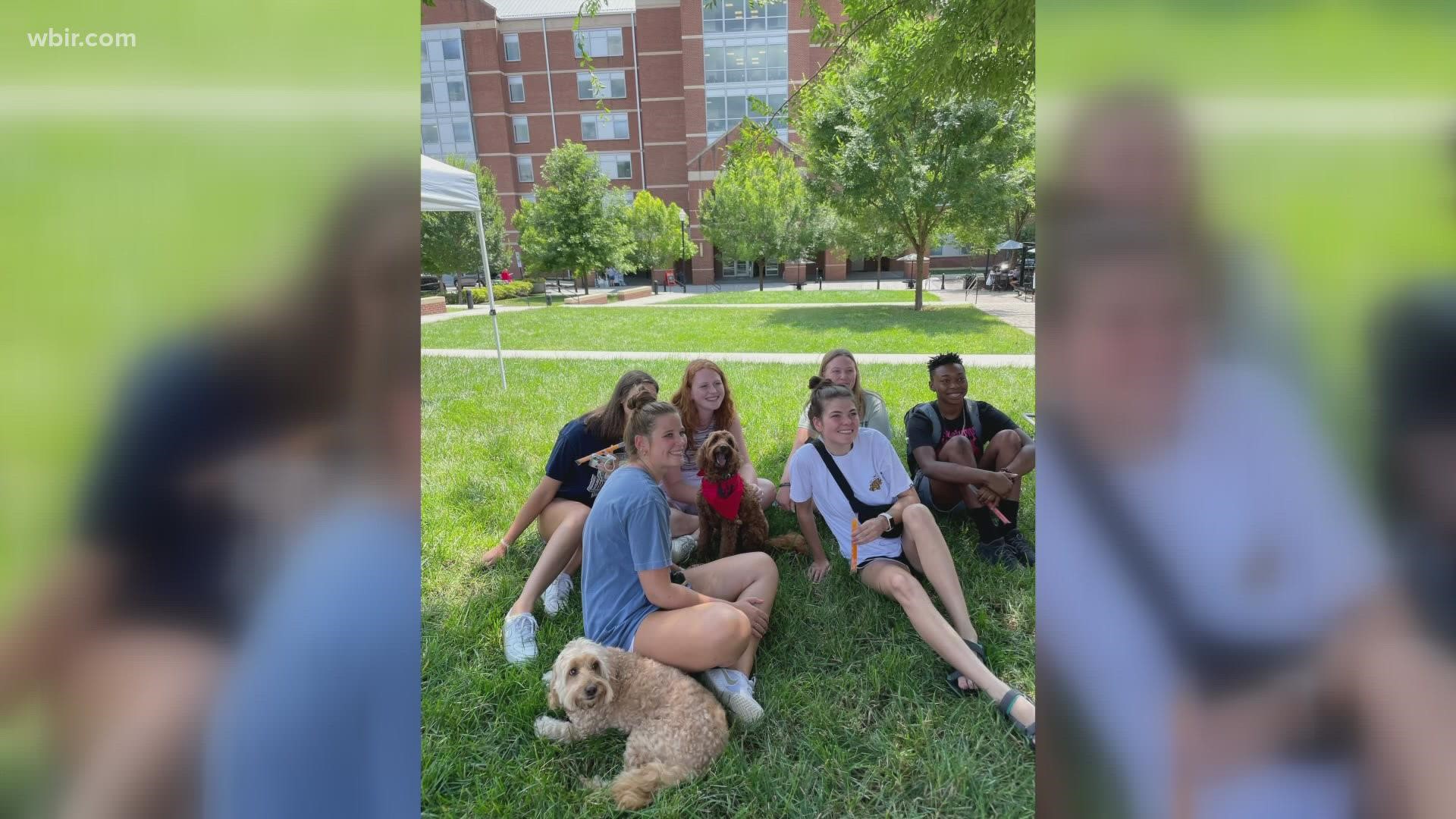 KNOXVILLE, Tenn. — Welcome week is underway at the University of Tennessee, and hundreds of new freshmen are on campus. Some are leaving home for the first time and and will miss certain family members.

Coll had to leave his own furry friend behind.

He isn’t the only student who misses their pet. Paige Hlad, the graduate assistant for student leadership, organized an event called Dogs and Dogs at one of the residence halls on campus.

On Monday, several new students stopped by for hotdogs and to play with some furry friends. Hlad says this gathering is organized to help students feel at home.

“They're leaving their home possibly for the first time and leaving their pets, their childhood pets. Just really having that feeling of home and they have the hotdogs which is a comfort food for the summer,” said Hlad.

For Coll, who is a nuclear engineering major, he says since he stepped foot on campus, the community has made the move from home easier and seeing dogs makes it better.

“Dogs are always a bonus and it is nice to see the community interact well with everyone,” said Hlad.

The University of Tennessee's veterinary program organizes the group.

“I am just very happy our students get a chance to enjoy campus and classes in-person and enjoy the residence halls,” said Hlad.