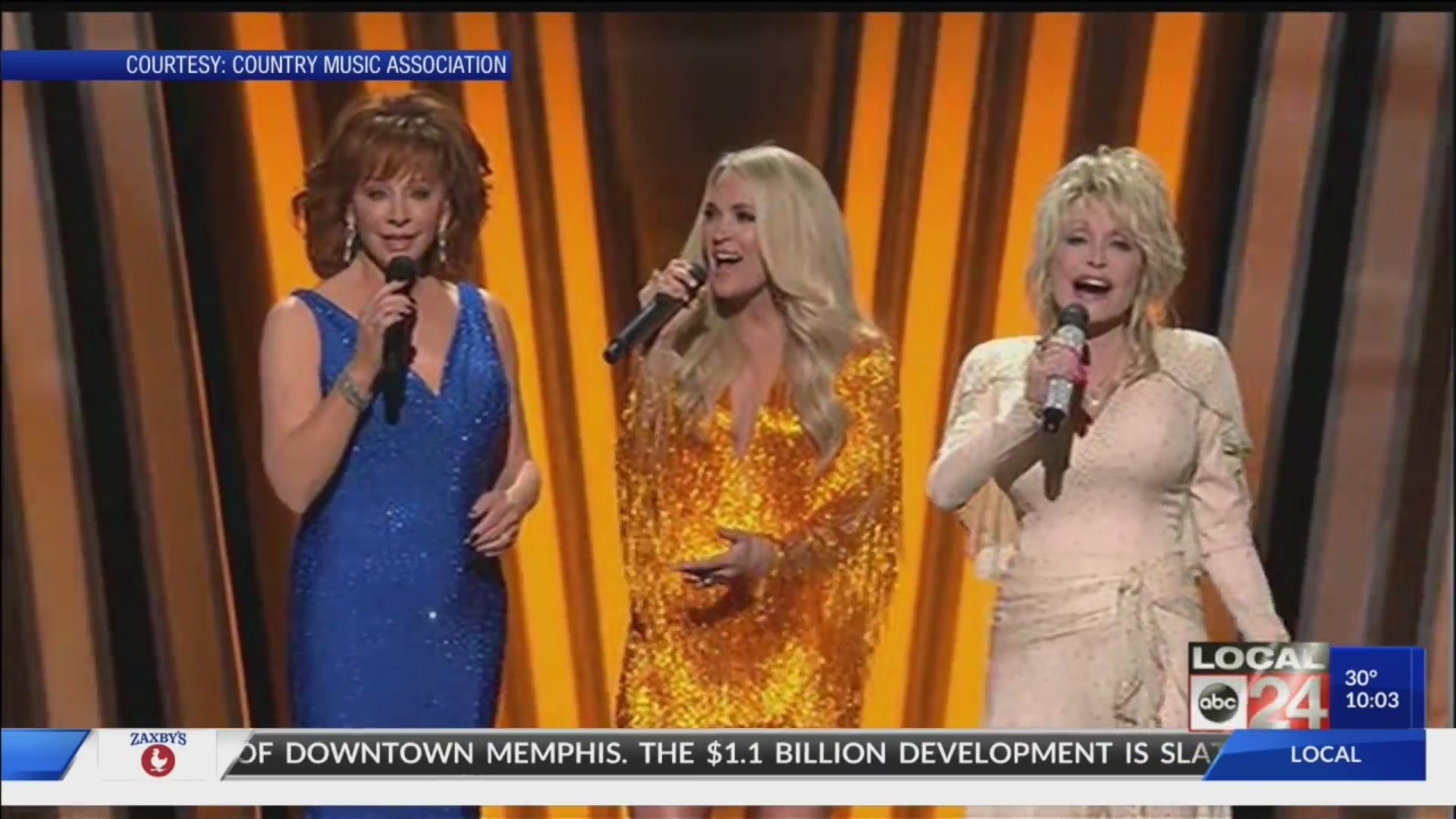 Rap and Country can get along just fine! Lil Nas X and Billy Ray Cyrus on the backstage holding their trophies for “Musical Event of the Year” (Old Town Road Remix) @LocalMemphis #CMAawards pic.twitter.com/XXlUCEJSnJ

The trio performed “Until the Day They Lay Me Down” to start the show, which opened with several other medleys by performers including Tanya Tucker, Brandi Carlile, and other members of the supergroup The Highwaywomen.

Not long ago, Ashley McBryde lived in Memphis — performing on Beale Street and Minglewood Hall. Tonight she’s this year’s Newcomer of the Year! Congratulations to her and see my interview with her on Local 24 News at 10! pic.twitter.com/2J2wnN39fi

The show featured only female performers for its opening number, with Loretta Lynn in the audience getting a shout out. The opening number ended with a performance of Martina McBride’s “Independence Day.”

The CMAs aired live on ABC from the Bridgestone Arena in Nashville.