Prine died Tuesday in Nashville, Tennessee, at age 73 from complications of COVID-19. 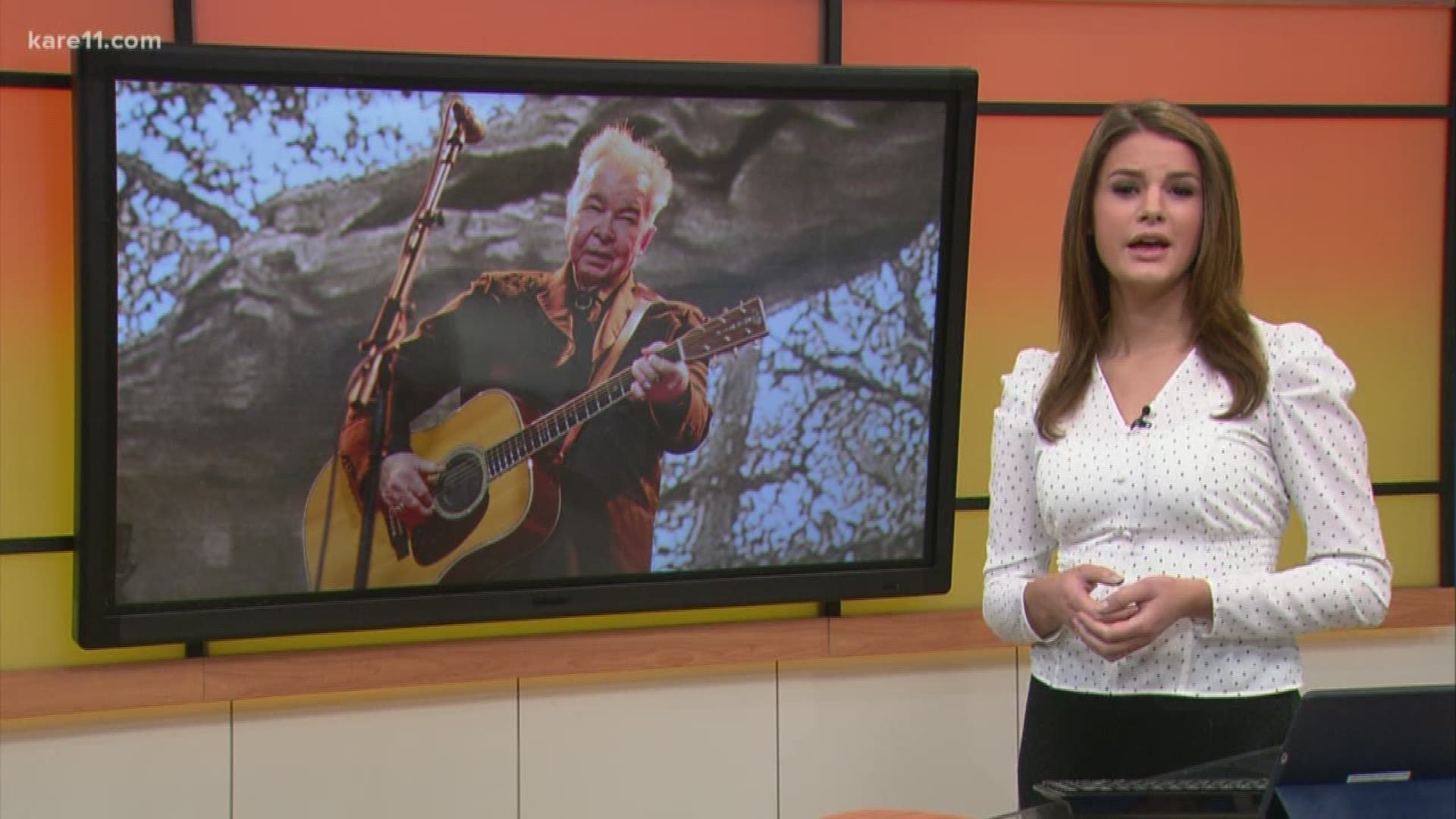 The wife of celebrated singer-songwriter John Prine said she was able to sit with her husband in the last hours of his life. Prine died Tuesday at 73 from complications of COVID-19.

Fiona Whelan Prine said in a statement Wednesday that “in spite of the incredible skill and care of his medical team at Vanderbilt he could not overcome the damage this virus inflicted on his body."

Prine had survived throat and lung cancer, continuing to record and perform despite those illnesses.

Fiona Prine also contracted the coronavirus, but has since recovered. She thanked everyone for the outpouring of love from fans all over the world. She also implored people of all ages to take the virus seriously and follow guidelines set by the Centers for Disease Control and Prevention.

The coronavirus causes only mild or moderate symptoms for most people, but it can cause more severe illness, especially older adults and people with existing health problems.

Revered for his wise and witty lyrics, he is known for songs like “Angel from Montgomery,” “Sam Stone,” “Hello in There” and scores of other quirky original tunes."

RELATED: 'Sing his songs' | John Prine's family asks for prayers after he was hospitalized with COVID-19 symptoms

His songs -- compassionate, funny, sage -- make up an American songbook that would be staggeringly intimidating if it wasn’t so warm and welcoming. He began -- with a dare at an infamous open mic -- a fully formed songwriter who through calamity and cancer never once wavered in his wry, homespun humanism. He was, anyone would say, as good as they come.

Prine was raised in the blue-color suburbs of Chicago by parents from Western Kentucky. He learned guitar from his brother. He was a mailman for a time, writing lyrics as he delivered letters. The first song he performed -- when coaxed onto that Chicago open-mic stage -- was “Sam Stone.” It remains one of Prine’s most heartbreaking songs. In it, he sings with a deadpan hopelessness about the fate of a drug-addicted veteran: “There’s a hole in daddy’s arm where all the money goes/ Jesus Christ died for nothin’, I suppose.”

A masterpiece that will be sung for as long as songs are sung. Recorded on Prine’s absurdly packed self-titled 1971 debut album, it gained far greater renown when Bonnie Raitt covered it. It has one of the great opening lines: “I am an old woman, named after my mother/ My old man is another child that’s grown old.” Songs this good don’t belong to anyone. They belong to everyone.

In this bouncy anthem about dreaming of a more pastoral life, the advice of a “level-headed dancer” rings as true today as it did in the early ‘70s: “Blow up your TV/ Throw away your paper/ Go to the country/ Build you a home.”

Prine wrote this one for his father, about a town in Kentucky. When Prine was serving in the Army in Germany, his father sent him a newspaper article about how a coal company had bought out the town, named Paradise. After Prine recorded it, he played a tape of it for his dad. “When the song came on, he went to the next room and sat in the dark while it was on,” Prine recalled. “I asked him why and he said he wanted to pretend it was on the jukebox.”

A lot of Prine’s songs are so vividly told that they can seem like little movies. In this one off 1972’s “Diamonds in the Rough,” Prine uses the 1940s matinee star -- a brooding, working-class actor who died young but was a forerunner to Marlon Brando -- as a symbol of a sadness that “leaks through tear-stained cheeks.”

Prine said he wrote this on the way to an early gig on a Thursday night after a day of delivering mail. For a song that sprung from such a songwriting sprint, it holds incredible, elegiac beauty. It’s about memory and death. Prine sings: “I hate graveyards and old pawn shops/ For they always bring me tears/ I can't forgive the way they rob me/Of my childhood souvenirs.”

Prine released his first album of original material in 13 years in 2017, “The Tree of Forgiveness.” By then, surgeries had changed his throat, leaving Prine with a more gravely, weathered voice. He liked it more because he thought it made him sound friendlier. In the achingly tender “Summer’s End” -- a kind of bookend to “Sam Stone” -- Prine sings about a parent’s opioid addiction from the perspective of a child.

This song, off 1995’s “Lost Dogs and Mixed Blessings,” was often the rousing finale to Prine’s live show. With its oft-repeated chorus — “We were standing, standing by peaceful waters/ Whoa, wah, oh wah, oh” — “Lake Marie” is Prine’s great goodbye song. In disparate tales that span decades, through love and death, it builds into a stirring, even cleansing jam and Prine’s farewell: “Awww baby!/ We gotta go now.”