"Imagine what you can do" | WWE wrestler who also leads Knox Co. inducted into WWE Hall of Fame

Glenn Jacobs has wrestled as the menacing red-masked giant for decades. 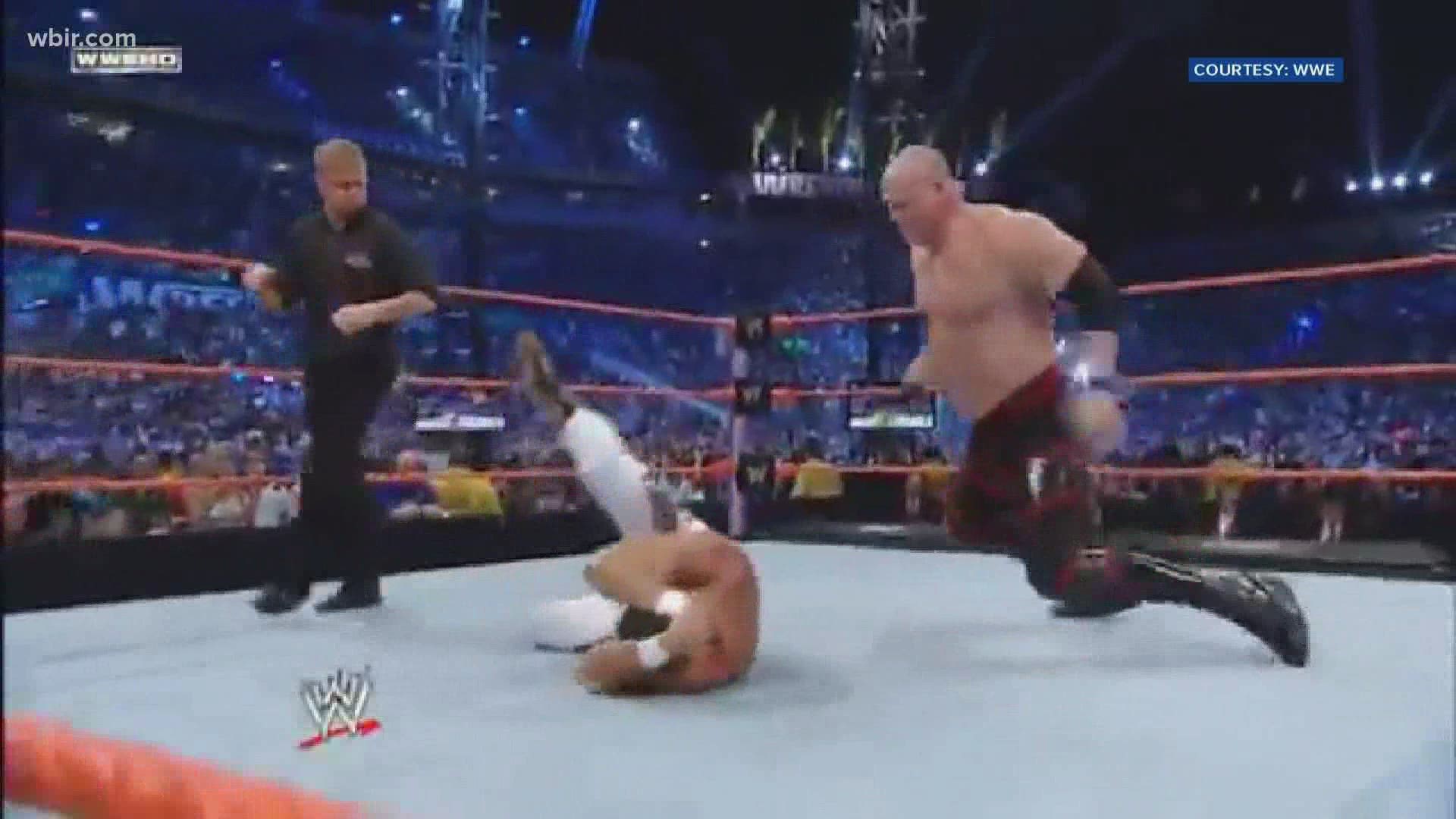 KNOXVILLE, Tennessee — UPDATE TUESDAY: How many U.S. counties can say they've got a Hall of Famer as their chief executive?

On Tuesday night, Knox County Mayor Glenn Jacobs was inducted into the WWE Hall as his alter ego, the wrestler Kane. The honor was first announced last month by his "brother of destruction" — The Undertaker.

Kane is part of the Class of 2021. It was streamed on Peacock in the United States and on the WWE Network.

"The greatest satisfaction is when someone thanks me for giving them years of entertainment," he said during his speech. "No, thank you for that privilege, and for making Kane one of the most memorable characters ever."

In his speech, Jacobs said that he did not rise in his career due to natural gifts or talent. Instead, he said that most of his career was because of a good work ethic, determination and the stubbornness to never quit.

"If someone like me can stumble through life, failing time and time again before finally finding something he was really good at and becoming an internationally-known entertainer and after that mayor of Knox County, Tennessee — the best place to work, live and raise a family — and then finally end up in the WWE Hall of Fame," he said. "If someone like me can do that, just imagine what you can do."

Glenn Jacobs, the Mayor of Knox County, ended his speech with words urging people to believe in themselves and to persevere through challenges. But in the final part of the speech, the wrestler Kane ended with pyrotechnics and metal music.

THAT'S GOT TO BE @KaneWWE!

PREVIOUS STORY: Kane the professional wrestler, better known to some as the Knox County mayor, is being inducted into the WWE Hall of Fame as part of its Class of 2021.

WWE made the announcement Wednesday.

Glenn Jacobs has competed in the ring for years as the towering, red-masked menace. Kane has sometimes wrestled in tandem with his half-brother, The Undertaker.

Together they've been known as the Brothers of Destruction, a relationship that's seen both feuds and unity since the late 1990s.

BREAKING: As first announced on @WWETheBump, @KaneWWE is the latest inductee in the WWE Hall of Fame’s Class of 2021! #WWEHOFhttps://t.co/Dkr9ux3BJC

Enshrinement is set for April 6 and is to be streamed for viewers on Peacock in the United States and on the WWE Network elsewhere, according to the announcement.

“This is the greatest honor of my professional wrestling career," Jacobs said in a brief statement to WBIR

Watch the moment The Undertaker announces the WWE Hall of Fame news to Kane:

Kane is also known among fans as The Big Red Machine.

While Jacobs focuses primarily on leading the county government these days, he still makes occasional appearances as the character. Jacobs, elected as mayor in 2018, announced this week he plans to seek a second four-year term.

Pundits have also speculated he may have interest in higher office eventually, such as that of Tennessee governor. 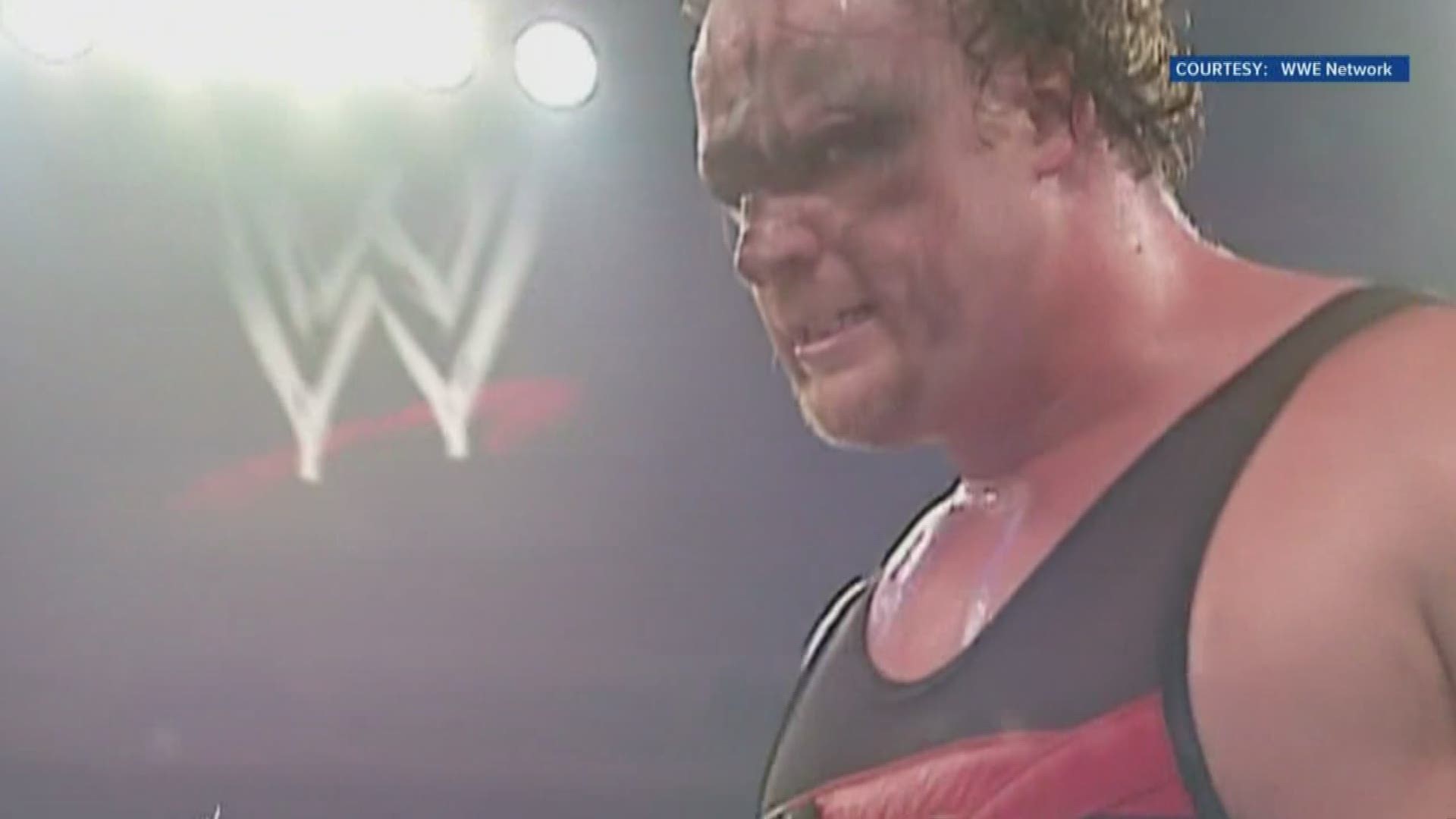