"My real name is Emmanuel. Emmanuel in the Bible is the 'Prince of Peace.' I really just took that name on and just started going by it," said Mille Manny. 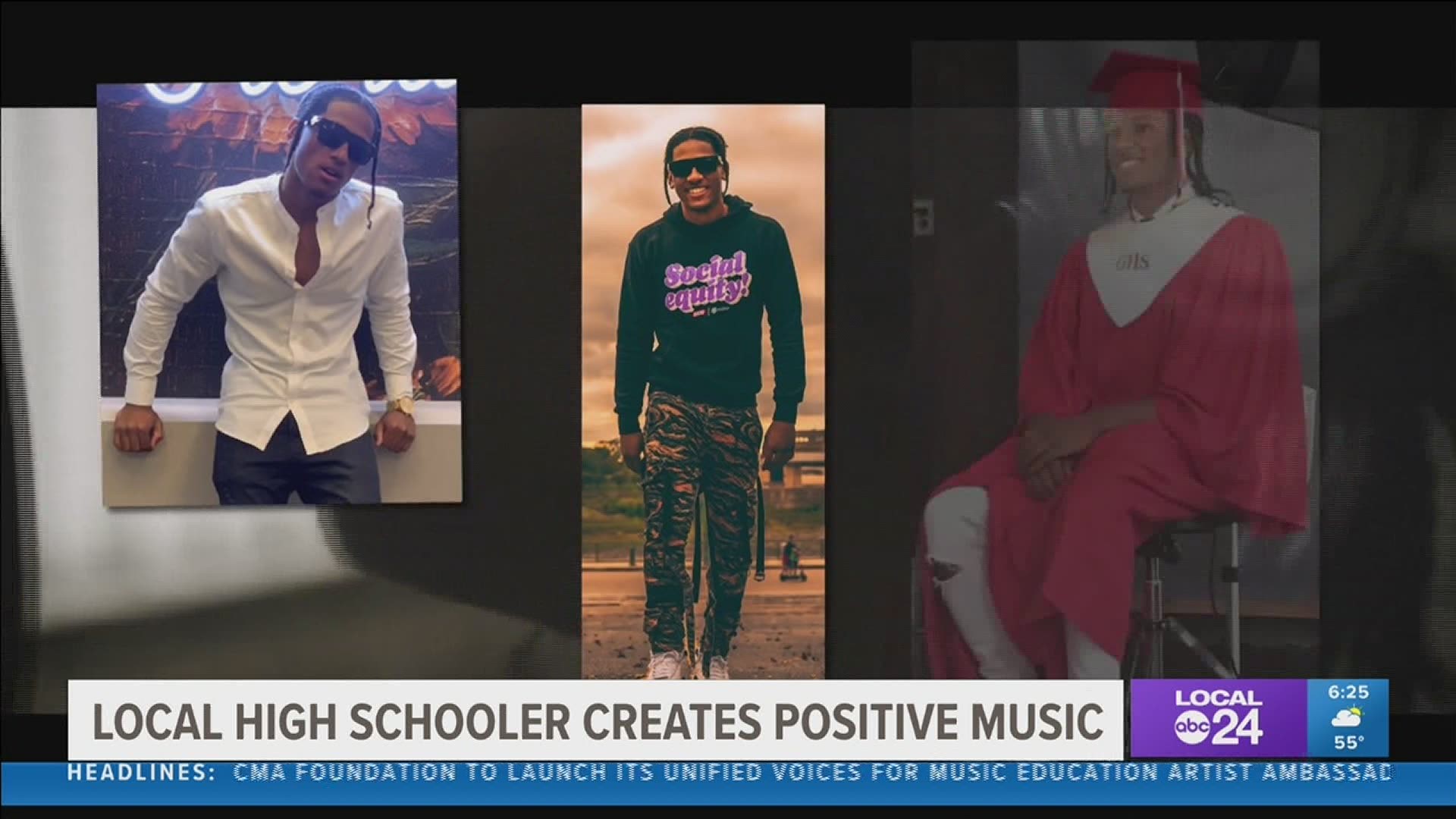 MEMPHIS, Tenn. — Most students have been in virtual classrooms since March. It has been an adjustment, but one Memphis teen found a way to use his time at home to really hone in on his talents.

His name is Emmanuel Strickland, but you'll remember him as Mille Manny. This his senior year of high school.

While not what he expected, this time has allowed Emmanuel to really bring Mille Manny to life.

He goes by Mille Manny, but it is the name behind the artist that drives his ambition.

"My real name is Emmanuel. Emmanuel in the Bible is the 'Prince of Peace.' I really just took that name on and just started going by it," said Mille Manny.

He talks the talk and walks the walk.

Mille Manny is a Germantown High School student who is spending his senior year virtually.

"It's kind of disappointing honestly because I could have went to prom last year or the year before that, but I said let me just wait until my senior year. You know? Unfortunately, it did not go as planned. Everything happens for a reason," said Mille Manny.

That is for sure.

Singing runs through Mille Manny's blood, so when the pandemic hit, he used that time to release positive music.

"I wrote a song called Soldier. That was basically about the social injustice that's going on and police brutality everything in that matter. Unfortunately, it's sad that I have to write things like that, but I write about what's going on and what's true to me," said Mille Manny.

"When listening to my music, I want you to just be true to yourself and do what you feel is right to you. Just carry yourself like a king or queen," said Mille Manny.

He always wears his crown.

"My whole message is trying to change the reputation of just young Black men period. For example, I have braids. We all know people will judge and have all these stereotypes. 'Oh he's a thug. He's this, this and this,' not knowing I'm a 4.0 student. Just really trying to turn this, the stereotype, from bad to good," said Mille Manny.

You can find Mille Manny's music at the below links.