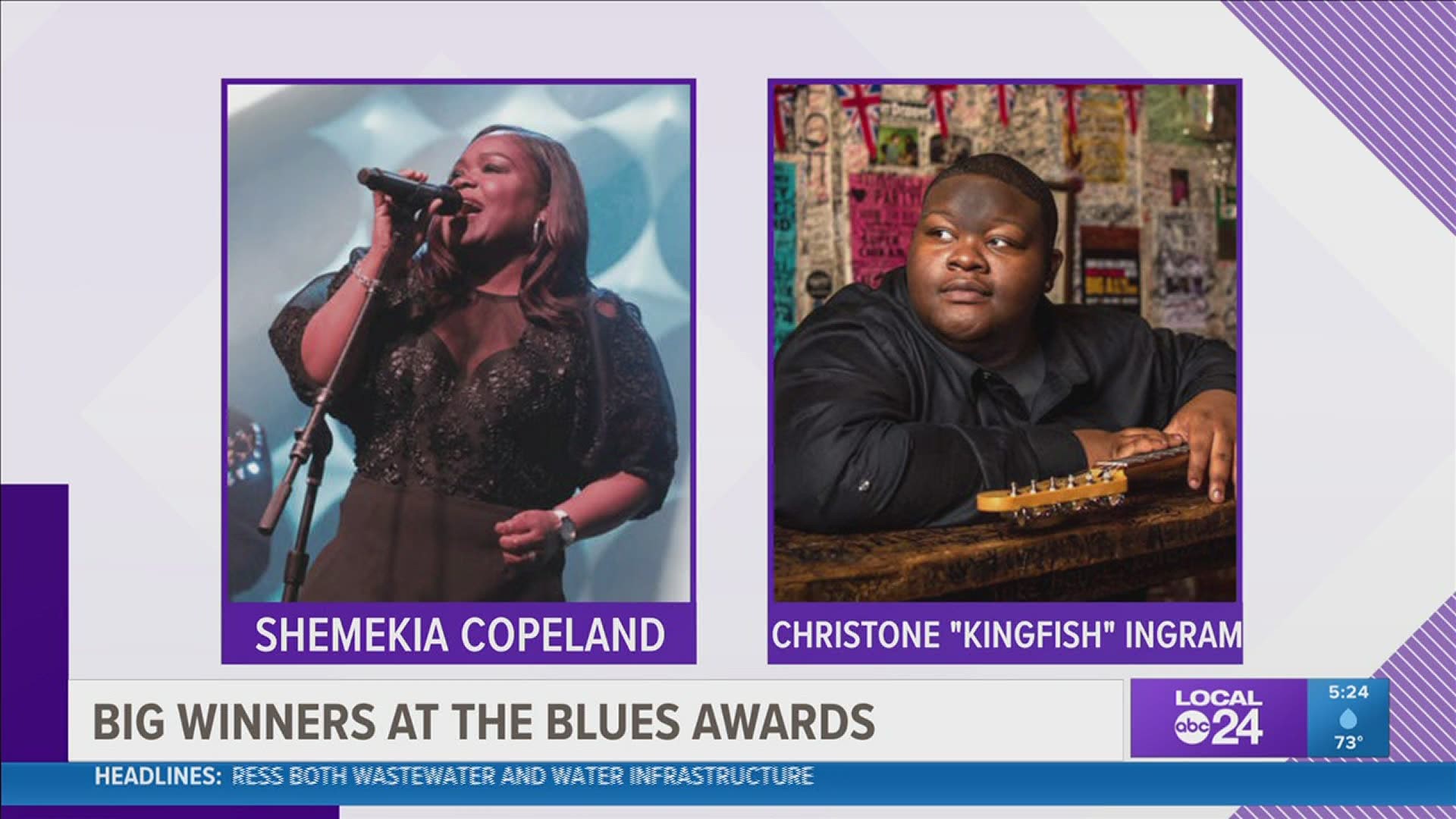 MEMPHIS, Tenn. — Singer Shemekia Copeland and guitarist Christone "Kingfish" Ingram are among this year's the top winners at the Blues Music Awards.

Sunday's awards show was held online due to pandemic precautions.

Winners were chosen by members of The Blues Foundation, based in Memphis, Tennessee.

The awards have been held for 42 years.

Congratulations to the 42nd Blues Music Award winners and thank you to blues fans around the world who support their music!#BluesMusicAwards pic.twitter.com/0YSnBCQnfy