A major investment from the Federal government is granting millions of dollars for safety upgrades at Memphis International Airport. 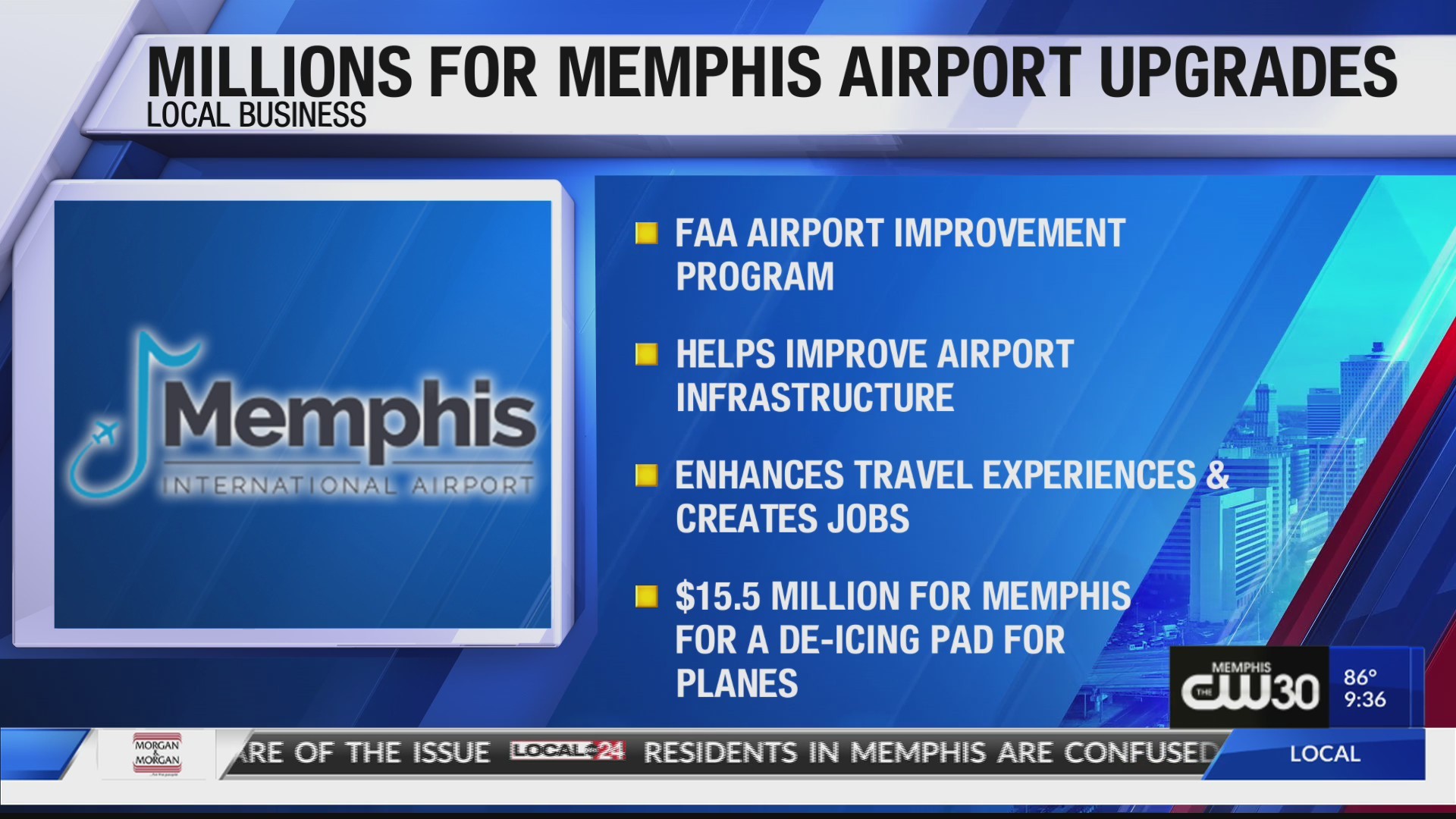 MEMPHIS, Tenn. (localmemphis.com) – A major investment from the Federal government is grantingmillions of dollars for safety upgrades at Memphis International Airport.

Memphis received the second most out of all the airports in Tennessee. Overall, airports in the state received $49.3 million. More than $15 million will be used to construct an airport de-icing pad for planes in Memphis. It will also go to the airport master plan and a miscellaneous study.

“Today’s a big day and a good day for Memphis international with abig award of $15.5 million,” said Bailey Edwards with the FAA. “Airports areeconomic engines for communities, often supporting thousands of direct andindirect jobs and millions in economic output.”

In total, 264 airports in the U.S. were awarded grants to meettheir safety and capacity needs.