A Mid-South oncologist explains why rescheduling is necessary after you get your shot. 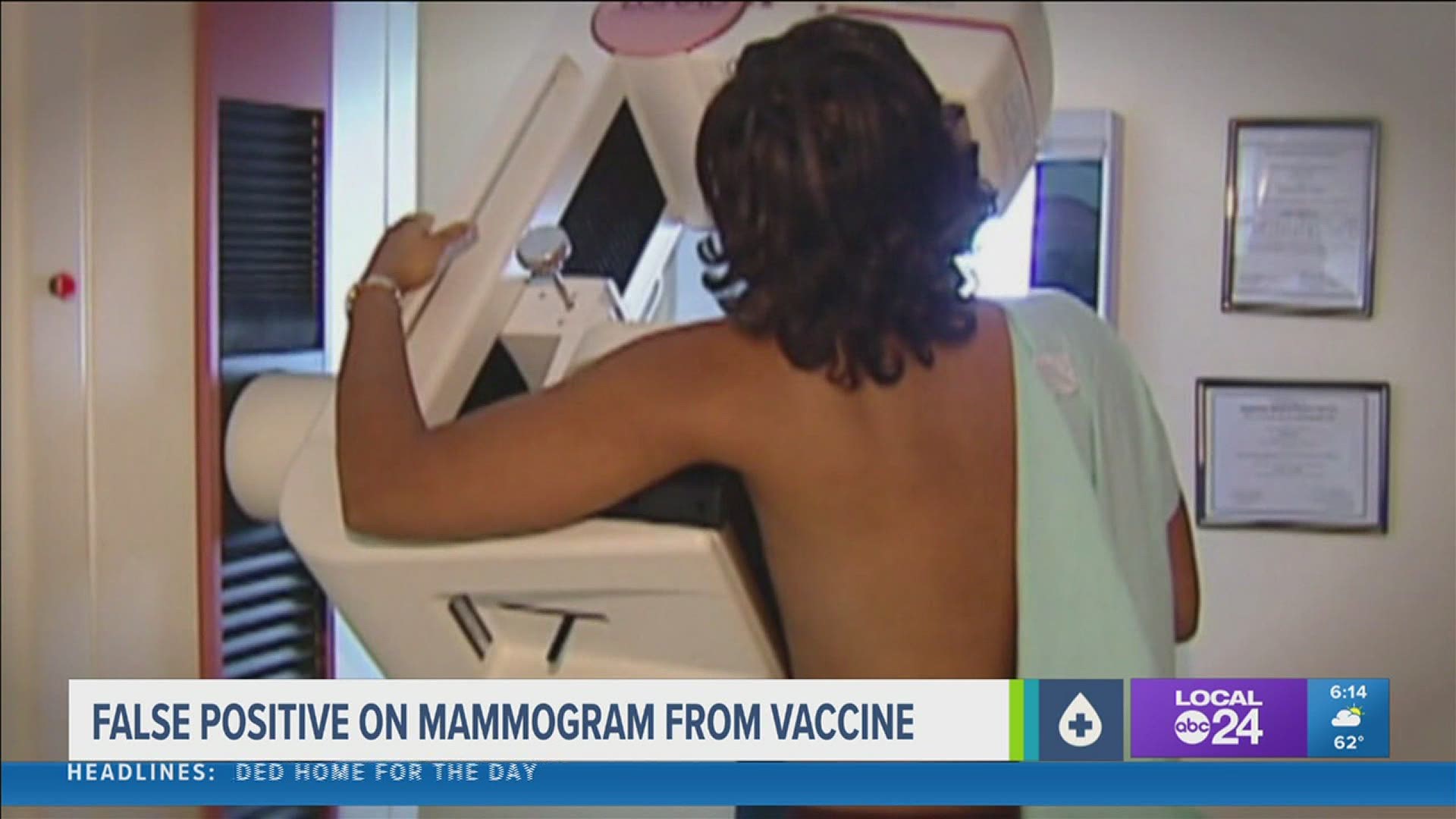 MEMPHIS, Tenn. — Everyone’s body is different, and the COVID-19 vaccine affects everyone differently.

Doctors tell Local 24 News that some people report minor symptoms like arm pain and a low-grade fever after getting the shot. Others report chest tightness as well as lymph node swelling among other issues. In the medical world, lymph node swelling can be the first clue indicating serious illness. Dr. Ashley Hendrix, a breast surgical oncologist, says the swelling as a result of the vaccine will oftentimes show up during a screening.

Dr. Hendrix said, "If you get lymph node swelling after this, then you're going to see enlarged lymph nodes at the tail portions of your mammogram. The biggest concern about that is [swelling] is one of the symptoms we look for to see if there is anything else in the breast that could be causing that."

It’s why she says timing is everything. If you have a mammogram scheduled too close to when you received your second dose of the shot, you run the risk of receiving of a false “positive” or misread.

Dr. Hendrix says you want to allow for a full month, four weeks to six weeks before you go in for your mammogram. It’s going to allow time for your body to fully heal after getting the shot.

That said Dr. Hendrix wants to drive home that while she recommends rescheduling a mammogram for a later date, don't wait too long. Why? The answer is if there is something else going on, it is important for your doctor to know sooner rather than later.

COVID-19 vaccine side effect causing false positive cancer screenings. If you get a mammogram after being vaccinated, make sure you tell your physician. https://t.co/deBkbTMrj9 via @KHOU