A Davidson County judge ruled the law violated the Home Rule provision of the state constitution. 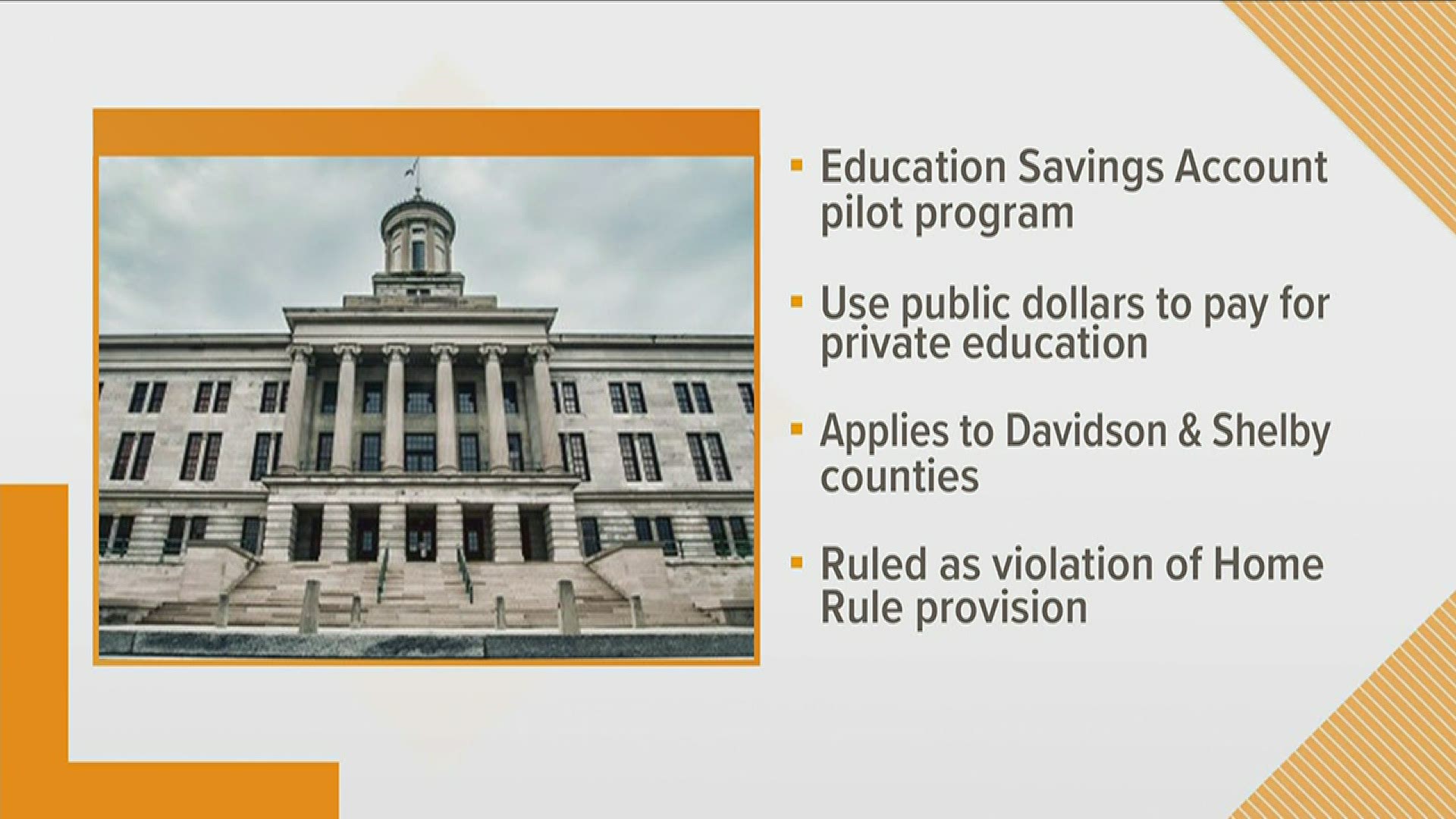 UPDATE (May 06, 2020): Governor Bill Lee said that he would appeal the judge's decision on the Education Savings Account pilot program.

A Davidson County judge has struck down a controversial law passed in 2019 that enacted a school voucher-like system for two Tennessee counties.

The law had originally been planned to apply more widely across Tennessee, but was tweaked to only apply to Davidson and Shelby counties after lawmakers negotiated to exempt most counties from the bill, including Knox County.

The law passed in May 2019 and was intended to begin in the 2021-2022 school year, but in September 2019 Gov. Lee signed off on making funds available a full year ahead of schedule.

Chancellor Martin ruled that the law violated the Home Rule provision of the Tennessee constitution, which prohibits the General Assembly from passing laws that target specific counties without local approval.