“It still currently excludes people who might be very safe as potential donors, but are sexually active," said Brian Custer, Vitalant. 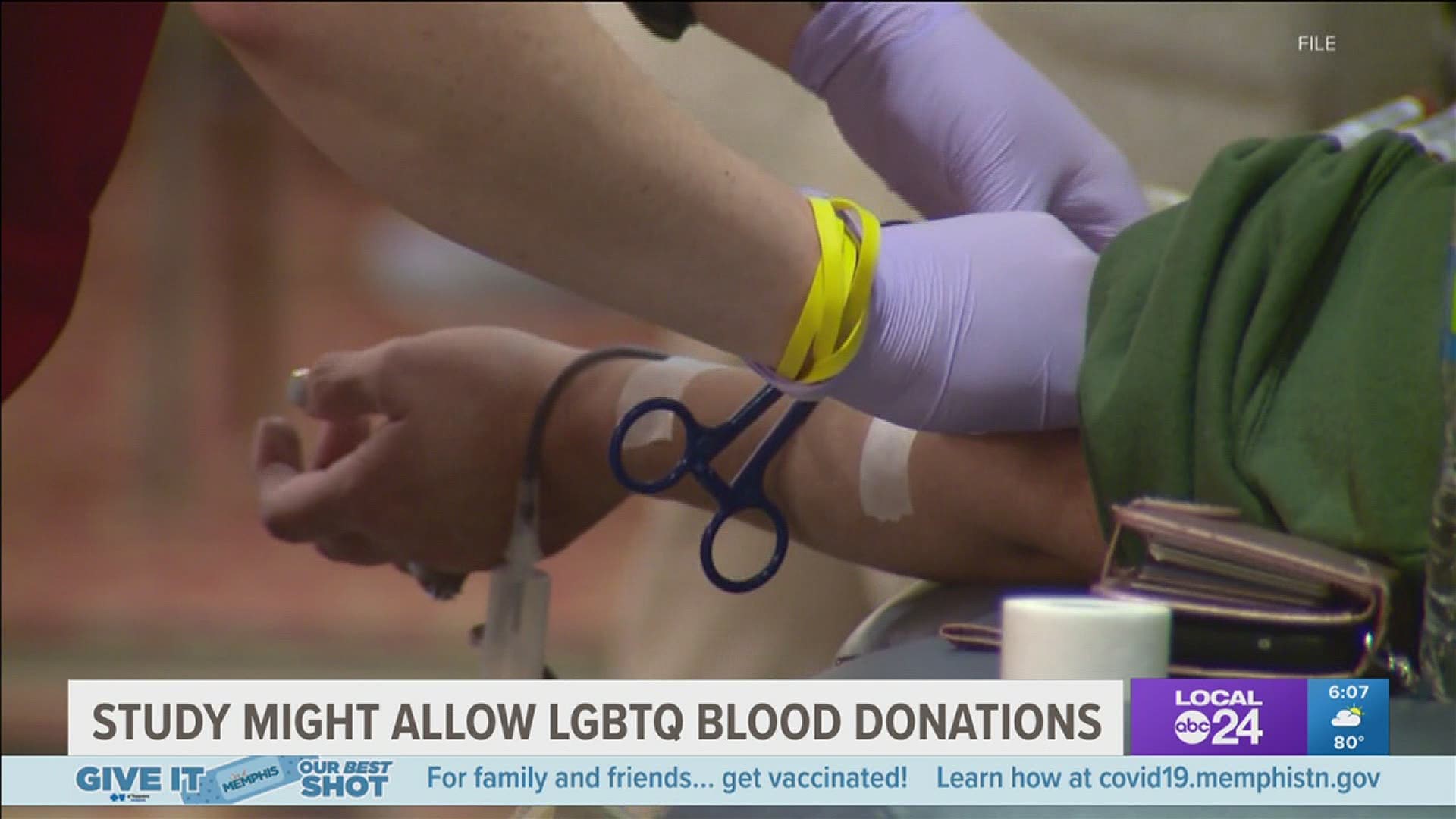 MEMPHIS, Tenn. — As we have previously reported, blood banks are seeing a shortage of blood donations nationwide. The country's leading blood bank, Vitalant, OneBlood, and The American Red Cross, are participating in a new study that might help address the shortage.

As science evolves, some say policies must evolve as well.

“Instead of just going with our gut feeling, let’s put data and science behind it,” said Eric Paul Leue, Friends for Life Memphis Vice President of Prevention.

Friends for Life is an organization helping to stop the spread of HIV.

“I’m in a committed relationship. If I want to donate blood, I’m not allowed to unless I have not had any sort of sexual intercourse with my partner in over three months. The question becomes, is that really sensible?” said Leue.

That is what leading blood banks such as Vitalant are tackling through the ADVANCE Study. It is researching the blood donor deferral policy for gay and bisexual men.

“Up until 2015, it was an indefinite deferral - meaning if you’ve ever had sex with another man, you were asked never to donate. From that period of April 2015 up until 2020, only about just over a year ago, it was a 12-month deferral,” said Brian Custer, Vitalant Vice President of Research and Scientific Programs.

Now, the deferral is three months.

Custer said the ADVANCE Study will reexamine the policy and determine if deferral should change again.

“It still currently excludes people who might be very safe as potential donors, but are sexually active. What the study will do is try to say, can we go past that again and no longer say is it just three months - or an individual set of considerations that would determine you to have low-risk HIV and be a potential donor," said Custer.

A new study is re-examining the policy limiting gay and bisexual men who want to donate blood. It's called the ADVANCE study.

The study is only being conducted at eight locations. Memphis is one of those locations.

That is something Leue said the current policy lacks.

“To take one group of people and put them into a corner and say this is how we’re going to treat all of you, it’s not about equality, but it’s really more of a discriminatory practice that does not take into consideration who the individual is,” said Leue. “It’s important that we revise policies as to bring them into the 21st century.”

You must be a man who has had relations with another man within three months and be between the ages of 18 and 39 in order to participate.

If eligible, participants will have a blood sampling test and go through rounds of questionnaires all online.