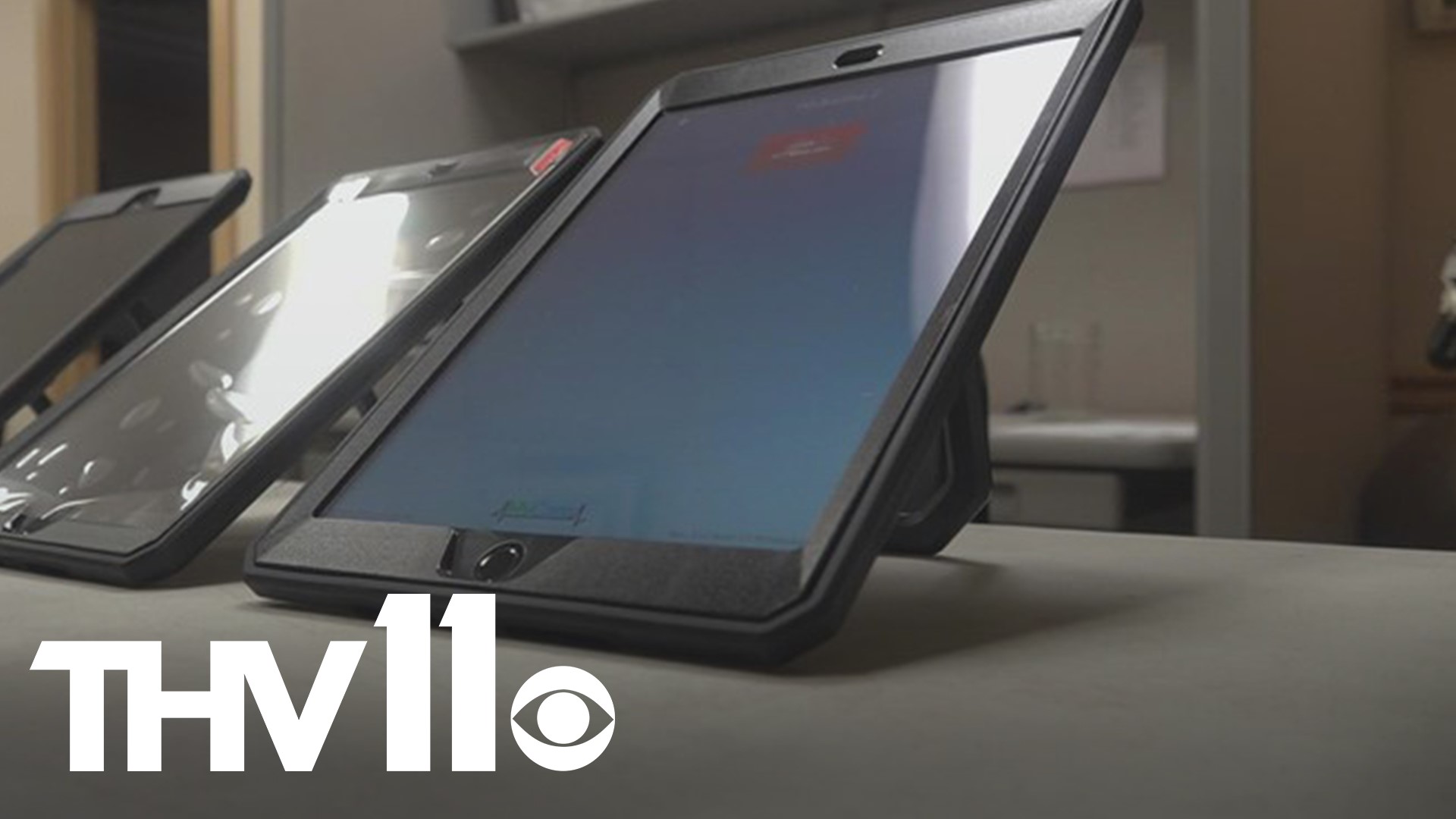 MAGNOLIA, Ark. — Using telehealth technology, an Arkansas non-profit is working to make sure police officers have what they need when responding to mental health crises.

A growing number of the state's police officers are getting crisis intervention training (CIT) to help as they respond to mental health calls. Even so, they can't replace licensed mental health professionals.

"It would be perfect if every law enforcement agency had an in-person mental health provider, but that's not a reality," Marian Green, founder and executive director of Aspiring for Community Transformations (ACT), said.

The organization's biggest project right now is to get specially equipped iPads into the cars of police officers.

"They can grab this iPad, open it up, and there's just one button that they will press," Green said. "It goes directly to a licensed mental health professional that can help with the situation, determine if hospitalization is needed."

So far, ACT has partnered with the Columbia County Sheriff's Office along with the Magnolia and Barling police departments.

"I kind of call it CIT 2.0, and we're able to take it to another level and get that individual to the next level of care," Barling Police Chief Darrell Spells said.

Green got this idea from Oklahoma, where she says a similar program has been very successful.

"It has really worked," Green said. "It has saved the state of Oklahoma millions of dollars. And it's reduced hospitalizations and allowed access for mental health care, not only to citizens, but law enforcement officers."

ACT, too, will offer services to officers in its partner agencies should they deal with their own mental health challenges.

"There's still a stigma for law enforcement to come into mental health agencies and get assistance, so they can definitely do it in the privacy of their own home," Green said.

ACT hopes to get iPads into every police car in the state.

"We're excited to be doing this," Green said. We chased it, and it's ours, and we're gonna make it happen."

The organization currently has tablets available for law enforcement agencies who wish to utilize its service.

ACT is also searching for independently licensed mental health practitioners to jump on board. They can be located anywhere in Arkansas and will be provided with a tablet and training.