Jenniffer Palazola-Herrin wants struggling veterans and their families know they are not alone. 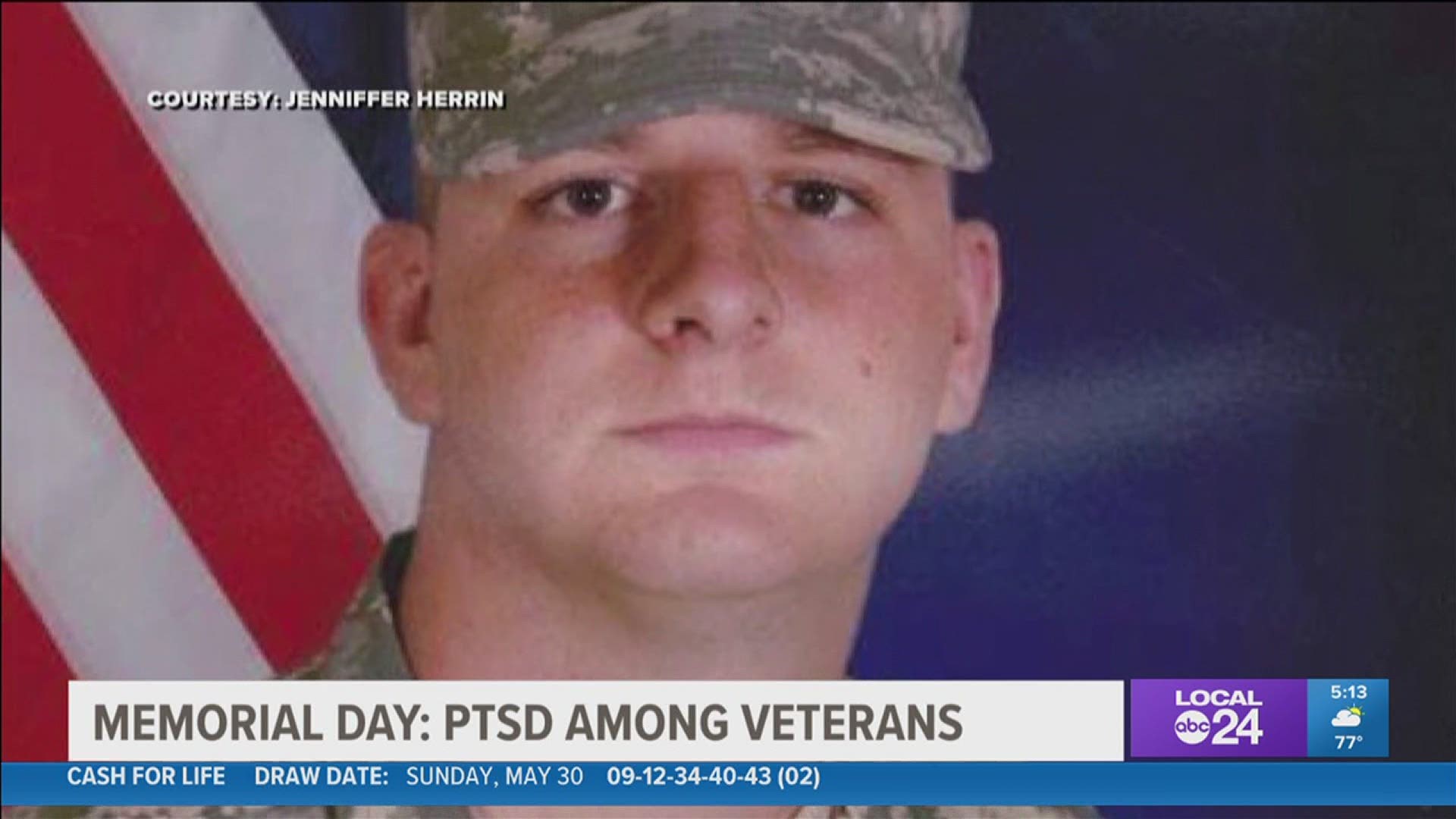 SOUTHAVEN, Miss — The flag at the Desoto County Veteran's Park stands tall. It towers over everything else. Some could argue it's because it's held in the highest regard, just like these veterans would have wanted it to. On this Memorial Day, we honor the lives of those who put the flag first, and themselves second.

One of those veterans is Private Taylor Lee Odom.

At just 23-years-old, he took his own life after a years-long battle with post-traumatic stress disorder in September of 2016.

Ever since that day that no parent should ever have to endure, Odom's mother, Jenniffer Palazola-Herrin, pushed through tears and heartbreak to memorialize her son.

She said, "My mission is to keep my son's legacy alive, and to help. I want to help people, mothers, wives, family members, see those signs." Signs of PTSD, which she said claimed her son's life.

Herrin went viral on Facebook in a video that she posted sharing Odom's story.

A message for those suffering with PTSD, TBI, pain and depression. Your life Matters! Please watch until the end and share. My son was not killed by a foreign enemy. He was killed by his Army brother and VA admin. The ones he trusted with his life. God Bless

She revealed that her son was seriously injured in an Army vehicle accident during a training exercise on his base in Colorado at the time.

"He was airlifted to the closest trauma unit with a traumatic brain injury, and punctured lungs, broken bones, and a broken pelvis. You name it," she said.

He was then placed on life support. He pulled through, but it was only the beginning of a very challenging new life.

"At 21-years-old, he was permanently disabled, and they retired him from the military as a disabled veteran, with honors," she said.

The physical and mental challenges that came with his disability became too much to bear. It led to his decision to end his life on that September day.

Herrin said, "I guess he just thought there was nowhere to turn."

But, she said, there is a place to turn, and there are resources. She works closely with the Combat Veterans Motorcycle Association and Irreverent Warriors. They are two organizations, among dozens more that connect veterans and their loved ones to the help they need.

"If my son was standing next to me right now, I would just hug him and kiss him like it was the last time that I ever could," Herrin said.