A breast oncology surgeon with Methodist Cancer Institute says regular mammograms and screenings are important for both men and women. 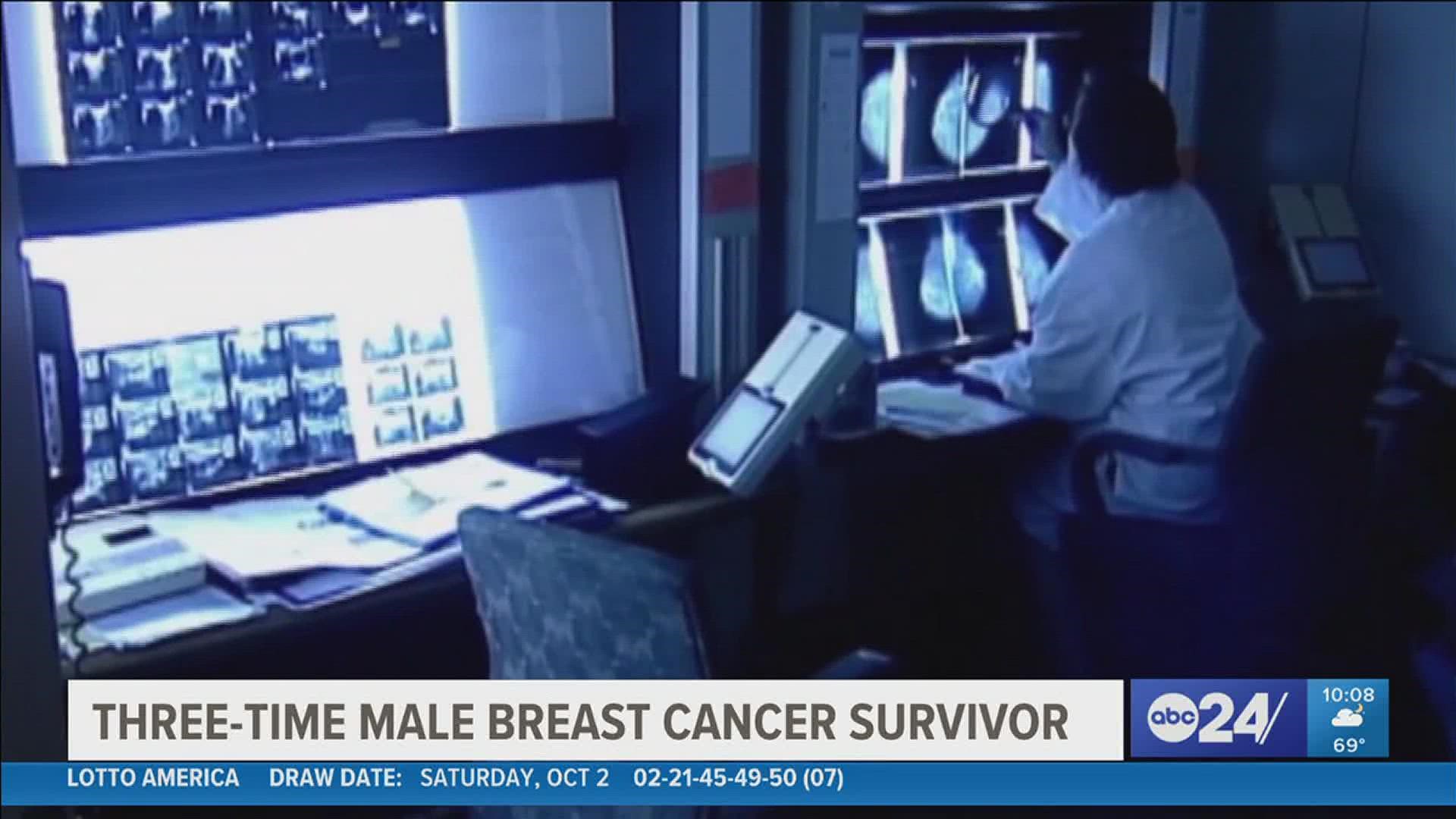 MEMPHIS, Tenn. — While breast cancer primarily affects women, around 2,650 men will be diagnosed with it this year. That makes less than 1% of all cases to be men.

Vance Stacks was in his thirties when he went to the doctor for a biopsy on a mass that had been growing in his chest. He was surprised to learn it was breast cancer.

"I was very shocked," Stacks said. "I was very confused because I was probably in my 30s and I did not know men could get breast cancer."

After dozens of rounds of radiation and chemotherapy, Stacks was determined to fight this cancer.

Dr. Ashley Hendrix, a breast oncology surgeon with Methodist Cancer Institute, said regular mammograms and screenings are important for both men and women.

"Obvious signs of breast cancer are painless masses in the breast, lumps that feel hard or like marbles or walnuts or something that has a really firm texture that’s not very rubbery," Hendrix said.

Hendrix said other signs to watch out for are skin dimpling, skin thickening, nipple discharge, swelling underneath the arms, or subtle changes to the nipple and skin around it.

Less than 1% of breast cancers occur in men.

Stacks doesn't want anyone to be afraid of finding out if they have breast cancer. He said being proactive can help save your life.

"Although it’s still rough and tough, the end result is that less people are dying because of the wonderful treatment that they are offering now," Stacks said.

Throughout the three times he battled the disease, Stacks leaned on his family and friends for support. He reminds himself and others that there's a lot to look forward to even in the most difficult times.

Stacks created an organization called "Pink Ain't Whatcha Think" to help cover cremation costs for families who lose someone to cancer. He doesn't want the financial costs of a funerals to not allow families to properly honor their loved one.