Christy Adams never thought her breast cancer fight would lead her, but a year after her diagnosis, she's encouraging women through "Cancer, God, and Me." 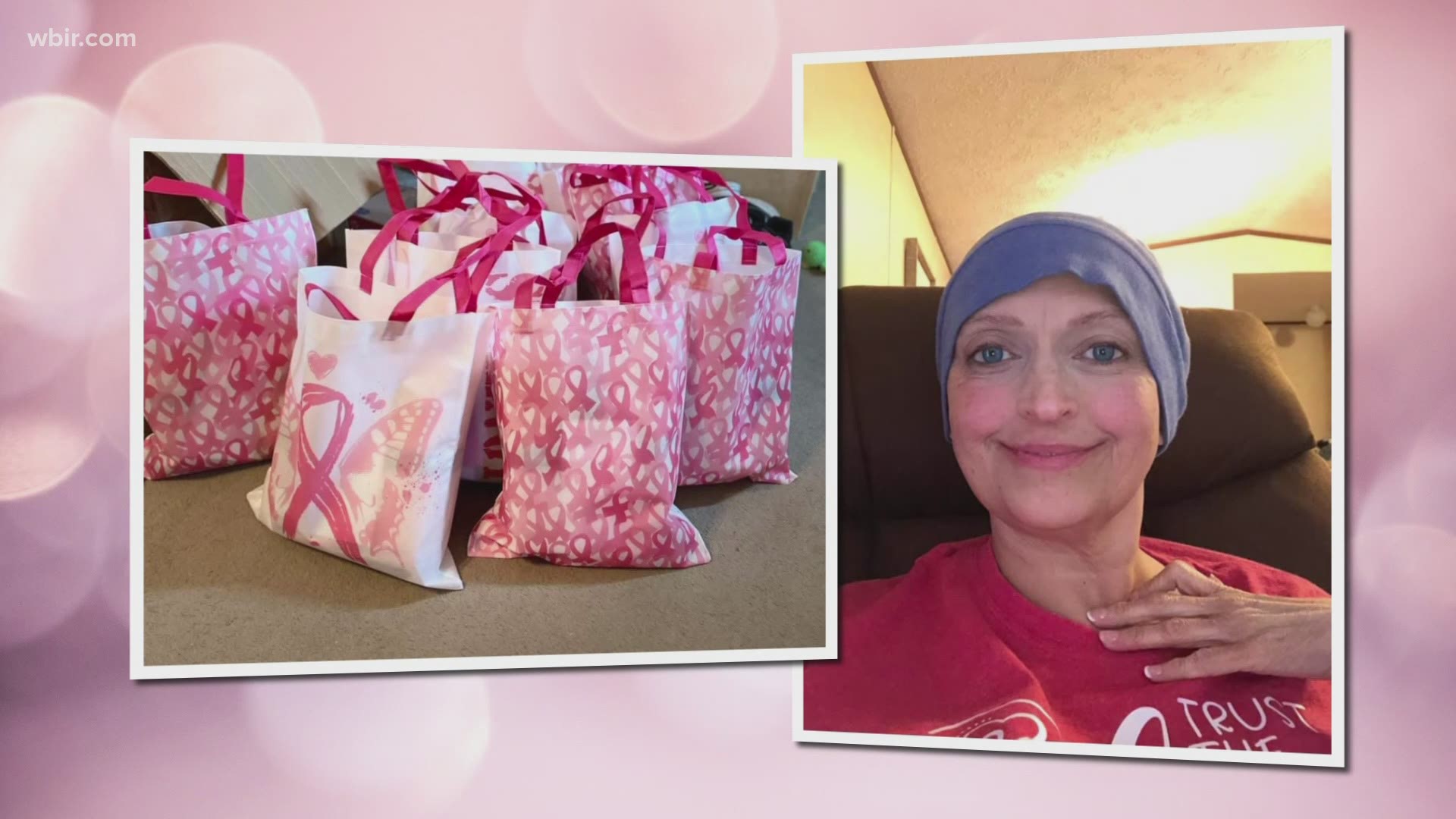 NEWPORT, Tenn. — One breast cancer survivor in Newport is turning her pain into purpose. In an effort to help others, she started a foundation and wrote a book.

Christy Adams is on a mission to make breast cancer patients feel loved. She packs simple supplies into tote bags and mails them out to women in need.

It's her nonprofit called "Close to my Heart Breast Cancer Foundation."

"Breast cancer is close to our heart, it's in our chest, you know, so that just seemed like the perfect title to me," Adams said.

She sends out things like blankets, mastectomy shirts and mastectomy pillows. They get a lanyard to holds the drain tubes, a calendar and a journal too.

She said she got the idea after her friends would give her gifts to cheer her up.

“Probably around June, I felt a tug in my heart to do this for other people, and I was like, ‘you’re in the middle of your own journey, you’re in the middle of chemo,' I could barely walk and you know barely get up and I was like, let me put it on the backburner, and once I start to heal up I will see if it’s something I want to revisit," Adams said.

She did exactly that in October. Since then, she's been able to help 59 women. That's two and a half times what she had planned.

To her, the cause is personal. She was diagnosed with breast cancer in February 2020. It was stage three, grade three.

She said breast cancer does not run in her family, and the test for the BRCA gene came back negative.

She first found a lump in August 2018. Then, it was about the size of a jelly bean. By October, it had grown to the size of a tangerine.

Her doctors thought it was just a cyst. The drained fluid from it came back benign.

“Each time that they drained it, it would come back bigger and bigger and I knew that was God’s way of saying ‘hey there’s a problem here, don’t just keep getting it drained,’” Adams said.

She had it drained 6 times before the doctors decided to take a closer look.

"He did a lumpectomy and he actually found the cancer hiding behind the cyst," Adams said. "That's why a mammogram did not detect it."

That's when treatment started. She had two different types of chemo, including one called "The Red Devil."

On September 23 she had a mastectomy, then she went to KCBC and they fitted her with a prosthetic.

She then had to go through 31 rounds of radiation and finished up in January 2021.

She posted her whole journey on a Facebook page called "Cancer, God and Me." She shared videos and posts of hope with a whole new cancer support community.

“It was kind of therapeutic," Adams said. "I would just talk to the camera and it got my feelings out, but I started uploading them to that page and people started responding and saying ‘hey, by watching your journey, it’s causing me to go get my mammogram or get self breast exams.'”

It doesn't stop there. She published a book called "Cancer, God, and Me" to explain how faith got her through the fight.

"I thank Him for life, you know, because when somebody says, 'you have cancer,' it just feels like the end," Adams said. "You really don't know if you're gonna live or die."

Now she's able to help women in a way she never imagined.

"Pay attention to your health, go to the doctor, trust God, because He will never leave you," Adams said.