Black women are 40 percent more likely to die than white women in America. That number jumps to 60 percent in Tennessee. "Alliance House" aims to change that. 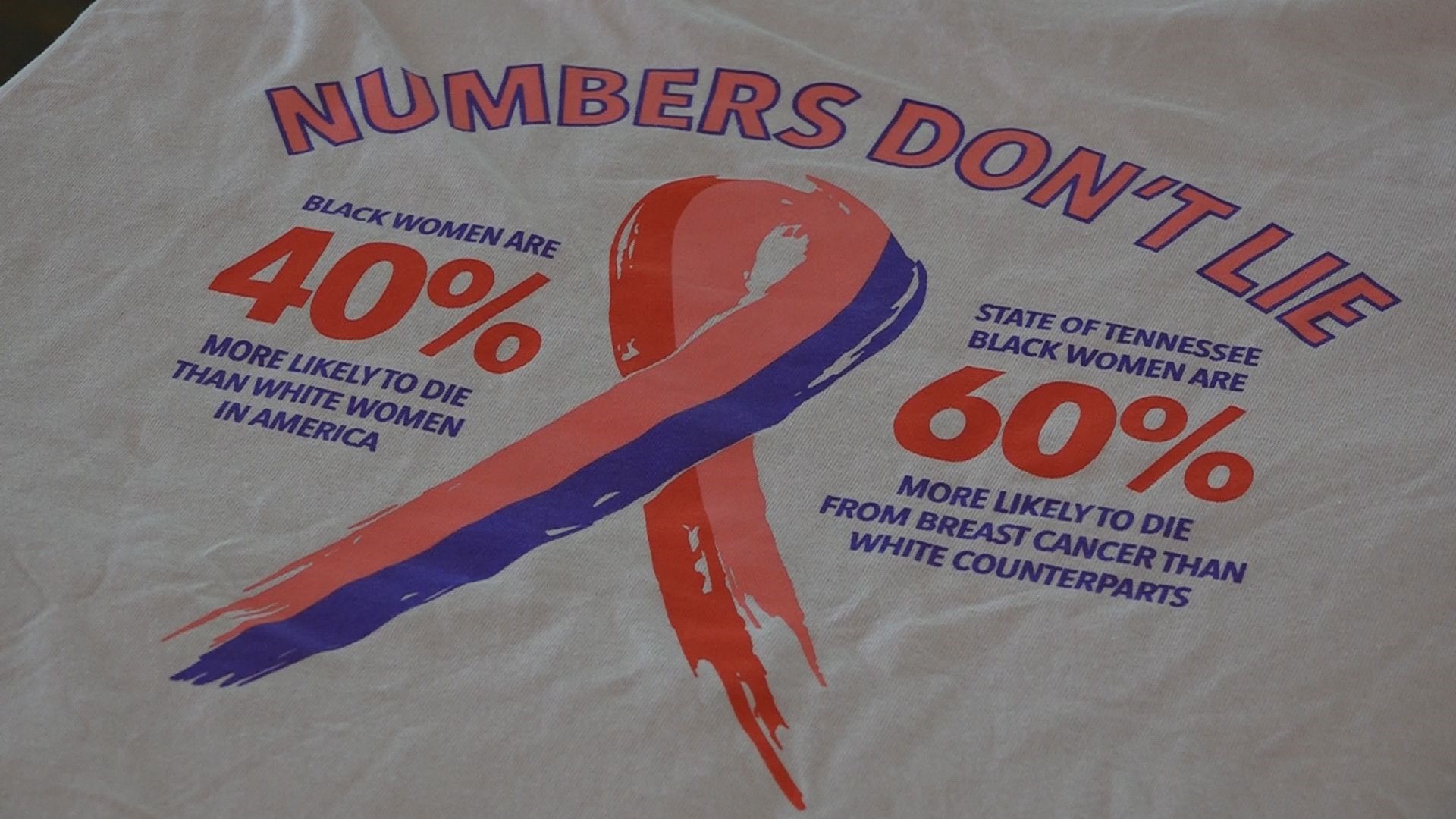 KNOXVILLE, Tenn. — The second week in September is "Black Women Breast Cancer Awareness Week" for Knox County. The Alliance House wants to educate and back fighters and survivors.

De'Ossie Dingus is the founder of Alliance House. The nonprofit already helps people in the community with keeping the lights on and providing support for diversity across the board.

“The Alliance House addresses racism from a policy standpoint as relates to healthcare to treatment, African Americans and how they receive health care,” Dingus said.

Dingus, like Dr. Martin Luther King Jr., believes good health is the foundation to success in every area of life.

It wasn't until Dingus met a woman by the name of Asia Andrews that he really took an interest in developing breast cancer resources for people who need it.

Andrews was diagnosed with breast cancer at 25. The disease runs deep in her family. Her mother, grandmother and cousin all died from it. She has two aunts who were diagnosed but survived, and another aunt who died from ovarian cancer.

Andrews had a double mastectomy, went through treatment and is now eight years cancer free.

Now, she's a physician assistant in Atlanta, working with women undergoing breast reconstruction. She's able to provide her insight and support to those patients too.

Now, she's an advocate for breast self checks and knowing family history. Those two factors saved her life. Her story is not as abnormal as you may think.

"To me, it bothered me, and what I thought at the time was like well, okay, this is a situation that we need to talk about in the community, but being naïve, I did not know that this was the norm," De'Ossie said.

From there, De'Ossie decided to launch the efforts at Alliance House to provide funding and support for breast cancer patients, fighters and survivors. The staff is also focused on preventing breast cancer deaths.

In the state of Tennessee, that number jumps to 60 percent.

"Cancer does not know color, but disparity does," De'Ossie said. "Cancer will affect white women and black women roughly about the same rate, but the disparity in the treatment, disparity in education, there's a true disparity."

That's why Dingus created the Black Women Breast Cancer Awareness Week for the second week in September, to shine the light separately from the month of October. De'Ossie has a proclamation from the state, city and county deeming it so as well.

"We are pushing for that mission to ensure that black women have a shot at being treated fairly in their diagnosis in their treatment, and in the care," De'Ossie said.

One woman involved with the Alliance House, Alice H. Allen, was 51 years old when she was diagnosed. She knows her faith got her through it, but education and knowledge of options is why she's still here.

Now, Alliance House is raising money so women from 30 to 39 can get free mammograms starting in 2022. De'Ossie says UT Medical Center is giving them mammograms at cost, so they can help more women get the life-saving checks they need.

"Women over 40 get mammograms for free, but no one's paying for women under 40, even though the data suggest and shows that the numbers are trending in that direction. So we're going to lead the way," De'Ossie said.

Leading the way, so those numbers of breast cancer deaths shrink.

If you would like to support the Alliance House, or you need help, visit alliancehousecc.org.