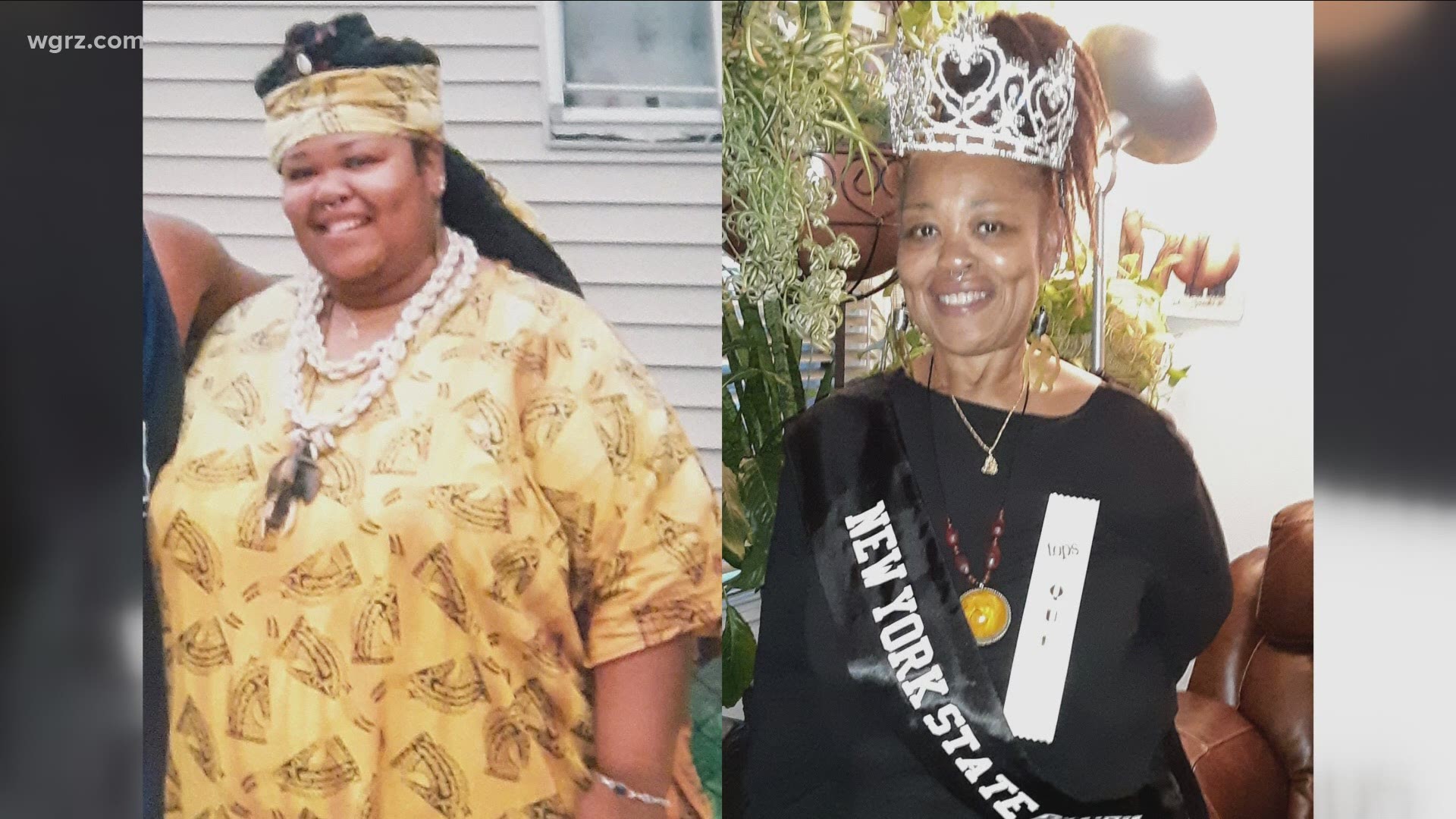 BUFFALO, N.Y. — Whether it's because the gym's closed or you're snacking around the house more, the 'Quarantine 15' is very real for a lot of people.

But there's one Buffalo woman who is an inspiration to anyone trying to get to a healthy weight. She has lost more than 200 pounds.

"I had gained so much weight being on my job. Eating just, you know, we ordered junk food dinners, soul food dinners, big heavy dinner meals every single day for a few years," says Tamara Quarles.

Quarles was an office manager, and while her co-workers would get to leave the office to do their work, she was stuck at her desk.

"I had gained about 230 to 250 pounds at the job eating that food, and I was already over 200 pounds. I was already like 215, 220 already," she recalls. "In the beginning, I was like around the same size, you know, same weight, and then one day I noticed they were running up and down the stairs and I could barely make it. So, you know, it was like okay, I have to do something and, plus, I was the one who was going out seeking all the different places to, you know, eat at next go around, and so I had all the menus in my desk, and one day I just decided nope, I am done with that. I am done with that, and I took all the menus out of my desk and gave them to my coworkers."

And since she had a full kitchen at work, she decided it was time to start bringing her own lunch again cooking everything from scratch.

"It's all junk if you don't cook it yourself," says Quarles.

Quarles was also motivated to make a change after she saw a photo of herself from her family's July 4th celebration.

To lose the rest, she joined TOPS - a non-profit weight loss group with chapters across the U.S. and Canada. TOPS stands for Take Off Pounds Sensibly.

Normally, they meet face-to-face once a week where members are privately weighed and talk about what they did to lose or gain weight that week.

Since joining, Quarles has lost 199.5 pounds.

"I don't measure anything, I don't count anything, I'm not a diet person, I've never been on a diet, I'm not a counting person, so I never counted calories," Quarles says.

She looks at labels and pays close attention to sugar, carbs, and sodium.

And, she still indulges every once in a while.

"Instead of buying a half a gallon of ice cream, I would go and get me a Frosty from Wendy's. A vanilla Frosty. And get a bag of, they're hard to find now, I haven't found any in a while, unsalted Wise potato chips," she explained.

Quarles says you can get creative with your family during COVID-19 to eat healthy and suggests using seasoning like onion and garlic powder instead of going for the salt.

"Put some ginger in your food. Some cinnamon in your food, and just not use salt, and if you do use salt, just use a little," says Quarles.

Quarles was rewarded for her twenty year journey by being named not only New York Queen, but International Queen Runner-Up meaning she lost more weight than any other woman except one in TOPS.

"If this can help someone else, one person, you know, for me to say never to give up on yourself, to never give up on yourself, if you would accomplish your goal, just don't give up. It took me twenty years, twenty long years, twenty long years, and I'm all the better for it. I feel better, you know, I'm moving better, and again, I'm just at awe of all of this. For me to achieve my goal weight was just the icing on the cake because for me my whole thing for me is I defeated this huge giant in my life which was obesity. And so, going from the obesity side to now, I just, I want to love myself healthier," said Quarles.

Quarles also shared some of her healthy go-to recipes with 2 On Your Side from her banana pancakes, to her spinach and egg dish and her tomato sauce hack.