Doctors salute the life of Connie Culp, recipient of the first US face transplant at Cleveland Clinic

Culp died on Thursday at the age of 57. 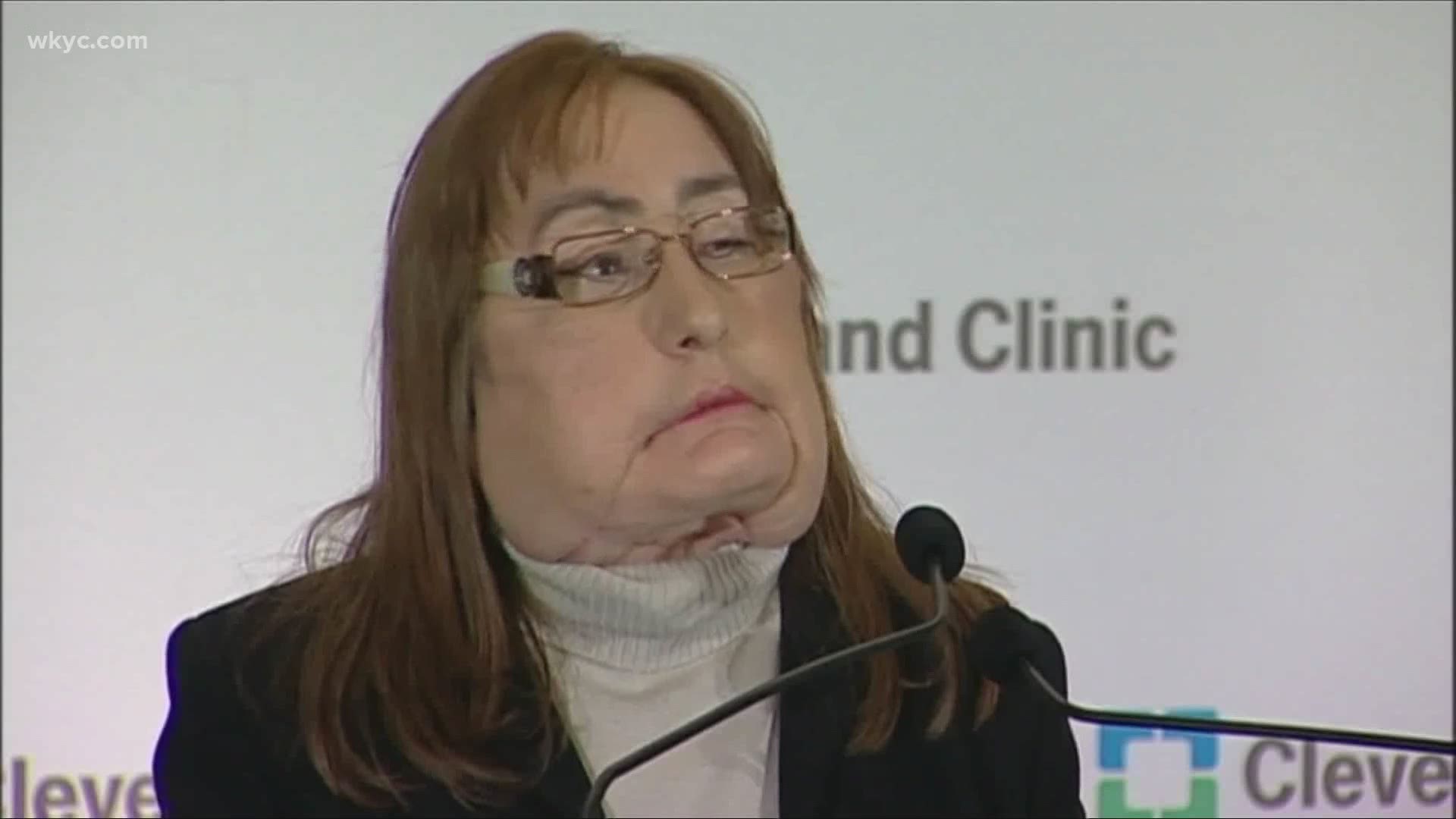 In 2004, her husband shot her in the face in a failed murder-suicide. He went to jail for seven years. Connie embarked on a medical odyssey that would make history.

First, she endured thirty operations attempting to fix the shotgun blast damage that shattered her nose, cheeks, roof of her mouth and an eye.

In December of 2008, a team of Cleveland Clinic doctors began a 22-hour procedure that replaced 80 percent of her face with that of a deceased donor.

At the time, a medical miracle, but looking back, it's Connie, not her surgery, that her team will remember.

"She really was the kindest, biggest hearted person I've really ever met," said Dr. Frank Papay, chair of the Cleveland Clinic's Dermatology and Plastic Surgery Institute. "The other great thing about Connie that I'll remember forever is that she was like the poster child against narcissism."

"Internally she was just as beautiful and very giving and very forgiving despite all that had happened to her," he said.

Connie spent the next decade of her life sharing her story, speaking out about domestic violence and educating and encouraging others who would undergo transplant surgeries.

"Thinking about Connie is thinking about someone who's not giving up, and I'll not give up," Dr. Siemionow said.

"We are connecting the donor and recipient bone marrow cells to support face transplantation and other organ transplants in order to induce tolerance and reduce the need for lifelong immunosuppression,"

Since Connie's transplant there have been about 40 other face transplants around the world. Cleveland Clinic has done three, including Connie.

"She was a pioneer without a doubt and we're just honored and humbled to really witness that," Dr. Papay said.

"We'll never forget that because she gave her life into science and into medicine,"

Connie had been in the hospital for several days, and the hospital says she died from an infection that was not directly related to her transplant. It's possible the years of immunosuppression drugs had weakened her body, which is a risk among transplant patients. To date she had been the longest living face transplant survivor, but she left the world so much more.

"She really gave us a gift a gift to all humanity, not just to Ohio or Cleveland Clinic, really everywhere," Dr. Papay said.