While healthcare workers race to slow the spread of COVID-19, the P&G plant in Albany is working as fast as they can to increase production of toilet paper 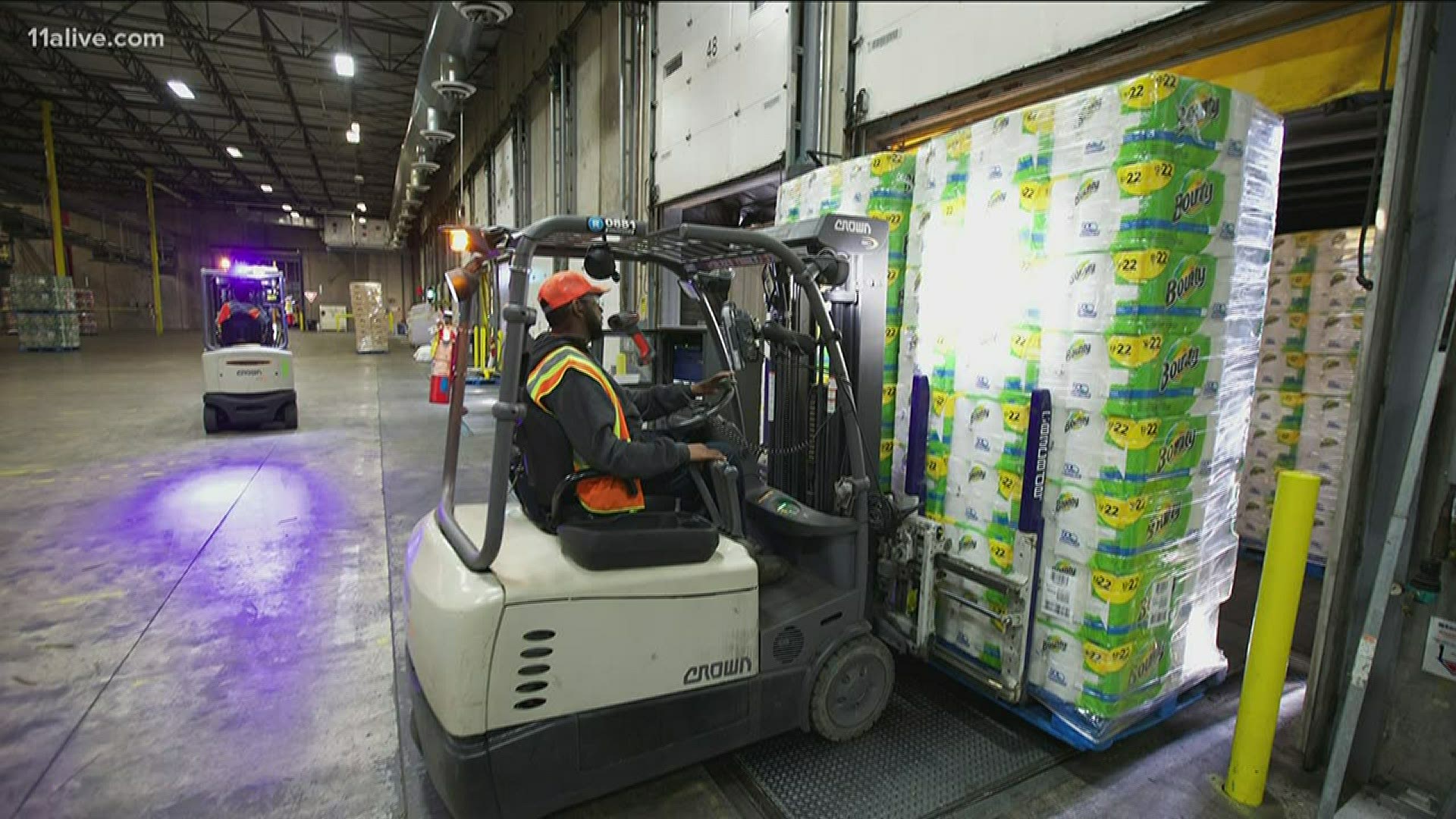 ALBANY, Ga. — Albany is the hardest hit area in Georgia, with the largest number of deaths reported from COVID-19.

As healthcare workers scramble to slow the spread of the virus, one industry is doing everything they can to speed up production. The Proctor and Gamble (P&G) plant in Albany is ramping up its output of toilet paper by the minute.

"Our days are way different than they used to be," said John Patteson.

He puts a mask on as soon as he gets out of his car.  As the 1A department leader at the P&G plant in Georgia, he's reporting to work with 600 other essential employees.

"You come in and, now, we have our thermal scans as soon as you badge in, so we are getting our temperature taken as soon as we come through to ensure that no one comes to work with a fever," he said.

If one person on a team at the plant gets sick, the entire team is quarantined. Patteson said the focus is on keeping people who work there healthy.

Dougherty County has been badly hit by the virus with the second-highest infection rate in the state.

Governor Brian Kemp addressed the outbreak there on Monday. Patteson said it's changed how they do business.

"We used to bring many people through the gate at one time; now you would be surprised if you see one person coming up at the same time you are. And the social interactions that you miss with that," he said.

He said it's been hard to adjust to losing that contact with people at work.

Hard at home, too, where his wife has been furloughed and is home with their five children.

"Where we would have had interactions with our neighbors and my in-laws, it's just dropping groceries off on the front porch now, and help out at a distance, at an arms reach, instead of being able to go through this together, and that southern hospitality has been lost," he said.

He doesn't know when things will get back to normal, but he takes pride in doing work that can provide people comfort and security.

He said they're making the product as fast as they can.

"We are focused on is how do we meet the consumer need today," he said. "So, we don't know what the future will bring, but we are thinking about how to meet that need that is in front of us right now."