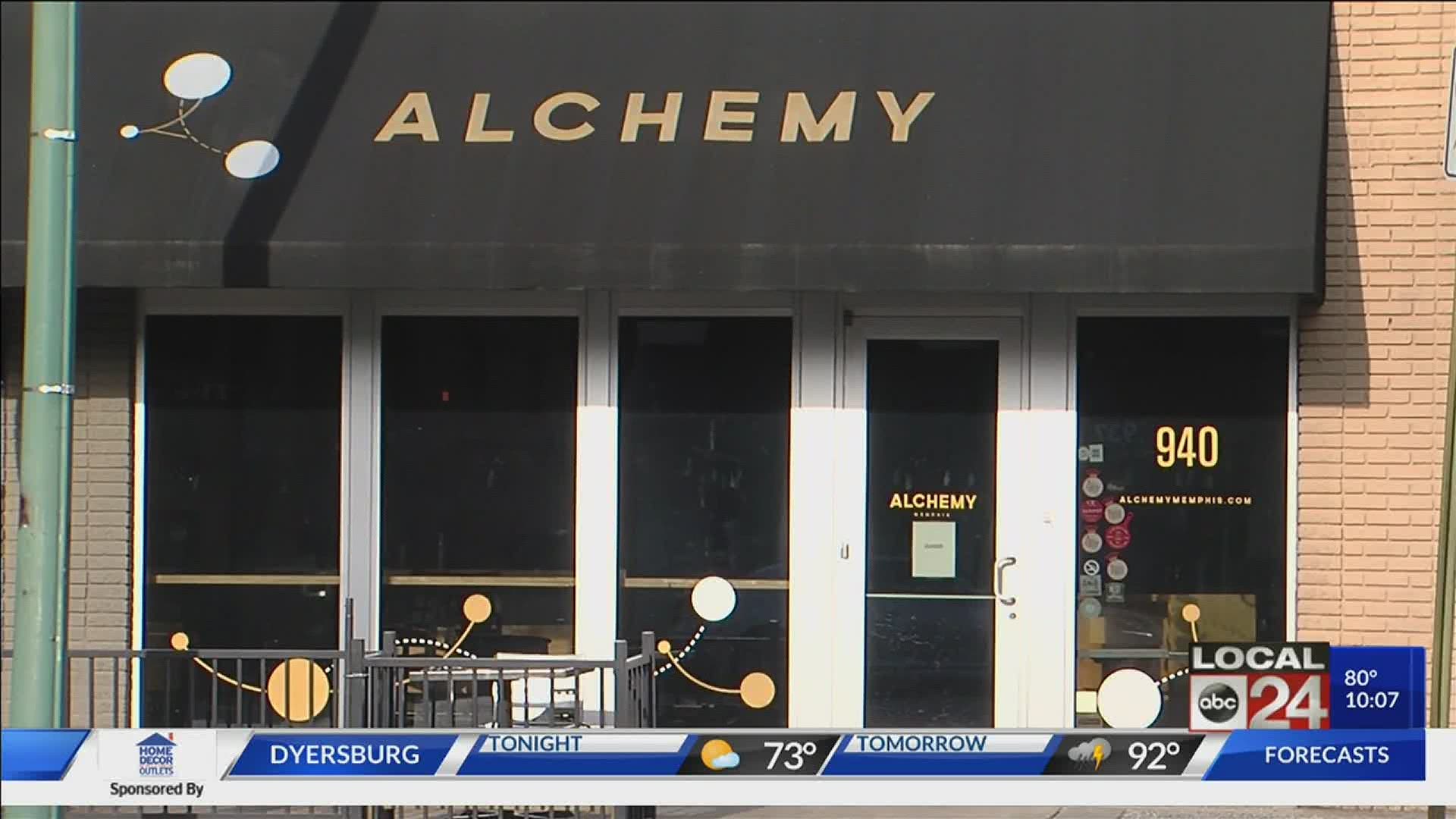 MEMPHIS, Tenn — The sign taped to Alchemy’s door reads “closed,” but the owner says that's what he was pressured to do by the Tennessee Alcoholic Beverage Commission after originally refusing to shutdown.

“Honestly, I feel like it’s a shakedown,” said Alchemy Owner Nick Scott. “The guy said the only reason he came over was because he saw that we were going to be open.”

Alchemy in Cooper-Young is on the list of “limited service” restaurants forced to close by the Shelby County Health Department because of COVID-19.

“He didn’t specifically say you had to shut down, but he said if you don’t shut down right now, we’ll be back with a citation for $1,500 for failure to comply and we could pull your license.”

Local 24 News reached out to the Tennessee Alcoholic Beverage Commission, which said it’s checking on the penalty of noncompliance.

Alchemy owner Nick Scott says they were told they could still do to go orders, however it was too short notice to to pivot to that plan. Scott is also preparing to lay off employees. @LocalMemphis pic.twitter.com/jX2KLn5vse

The owner feels the type of liquor license is the wrong measurement for a health directive. “Limited service” restaurants have over 50% of revenue from alcohol. Full service ones, which must close by 10:00 p.m., have less than 50%.

“The way that they categorize restaurants and bars is not logical based on sales,” he said. “It should be like an item to item thing.”

"If someone comes into a restaurant that also has a bar, someone is seated to have their meal with a glass of wine or beer, that's fine,” said Dr. Alisa Haushalter. “But people who are coming in to drink and only drink and socialize, that's very high risk for transmission."

If businesses defy the health directive?

“If one or two businesses don’t comply, it makes it much more difficult for every other business,” said the director. “So I really encourage businesses to comply because we want to be able to move forward.”

Alchemy’s owner said although curbside is available as an option, his business was unable to pivot fast enough to accommodate the switch. He is preparing to lay off employees.

RELATED: Despite Beale St. exemption to follow health department order for bars to close, Atomic Rose will only open on Sundays

RELATED: Musicians struggling to find work under new guidelines from the health department

RELATED: Confusion over new order shutting down Shelby County bars and some restaurants