Atlanta trying to get back lost Final Four

Atlanta's fifth Final Four was cancelled due to the COVID-19 outbreak. Atlanta Sports Council President Dan Corso is doing everything he can to get a future bid. 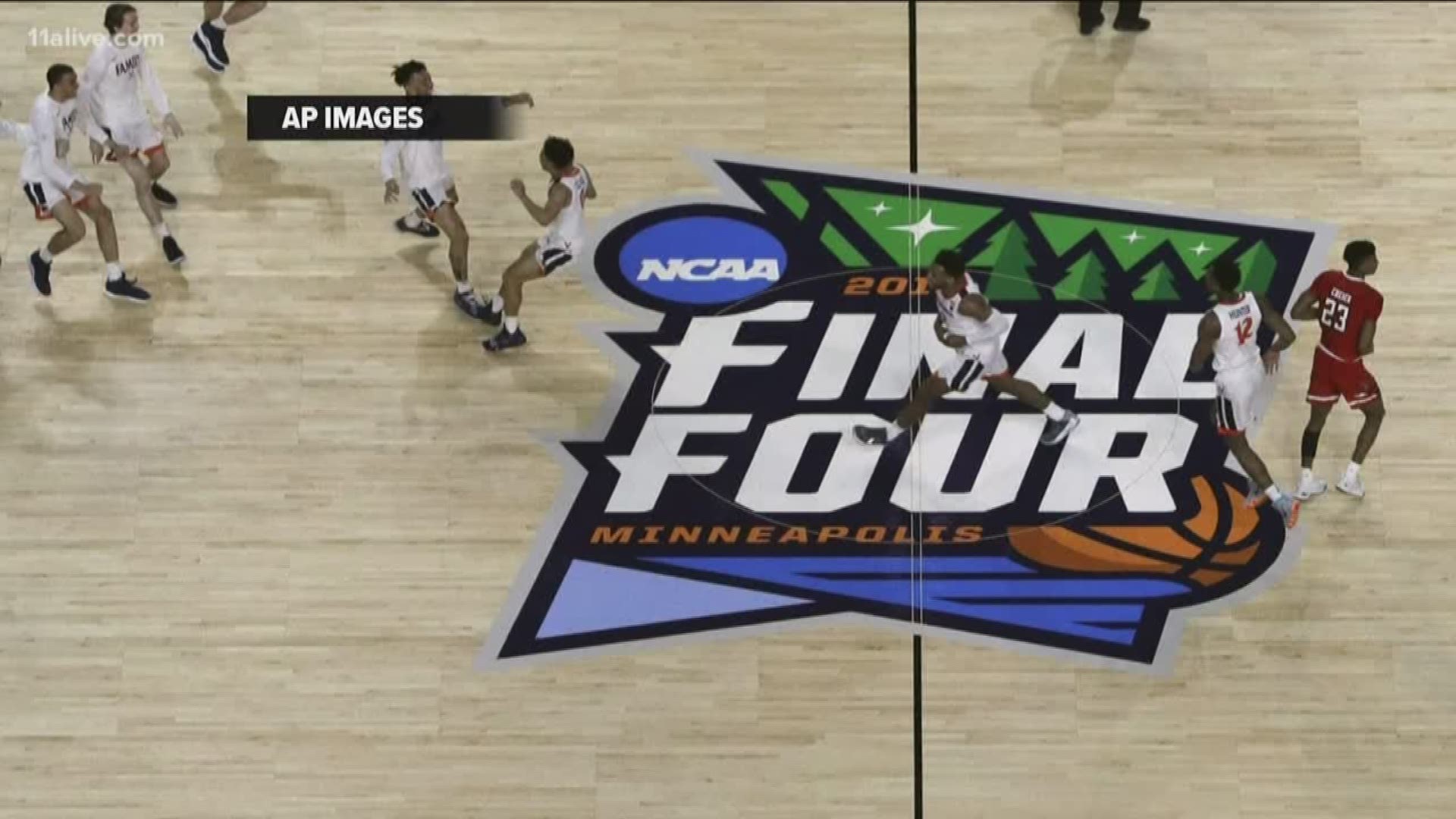 ATLANTA — A somber day for us sports fans: Friday would have tipped off the festivities of Final Four weekend in Atlanta.

Events, concerts, the men’s basketball championship would all be happening in the coming days. Six years of hard work put in by the Atlanta Sports Council would have come to fruition.

Ever since receiving the bid back in 2014, the Atlanta Sports Council has been actively preparing for the city’s fifth Final Four.

“We didn’t get a chance to host it this year, but we had some great planning in place," Corso said. "We’ll pull those out again when we get the next chance.”

As the nation began to realize the magnitude of the COVID-19 outbreak last month, Corso knew that a cancellation of the big event was inevitable.

“Rudy Gobert from the Utah Jazz when the news broke that day that he contracted the virus I think that kind of sent everything into a tailspin,” he said.

In just a matter of hours, we went from the Final Four having fans, to no fans, to no Final Four at all. More than 3,000 basketballs had been purchased. Gear and uniforms for volunteers were also made.

“We spent just a little over $4 million getting ready for the event,” Corso said.

Some of that went back to the community and charities. The basketballs and gear were donated to local charities as well.

“The money was well spent but the fact that we couldn’t execute the event, we still had a great impact on the community,” he said.

Georgia State University conducted a study in 2019 about the projected revenue the Final Four would have brought in.

“That number came back to be about $106 million to the state of Georgia as far as a positive economic impact," Corso said. "We won’t see that happen, but the event gets bigger and bigger each and every year.”

The committee is already pushing for an automatic bid for the next available Final Four.

“The next cycle that will be available to host will be 2027-2031," Corso said. "It’s our hope that we have a little bit of an inside road to getting one of those future years.”

The work for the Sports Council never stops. They’re already looking forward to the MLB All-Star Game at Truist Park in 2021 and a World Cup game in 2026.