Businesses closed due to COVID-19 sit vulnerable to burglaries 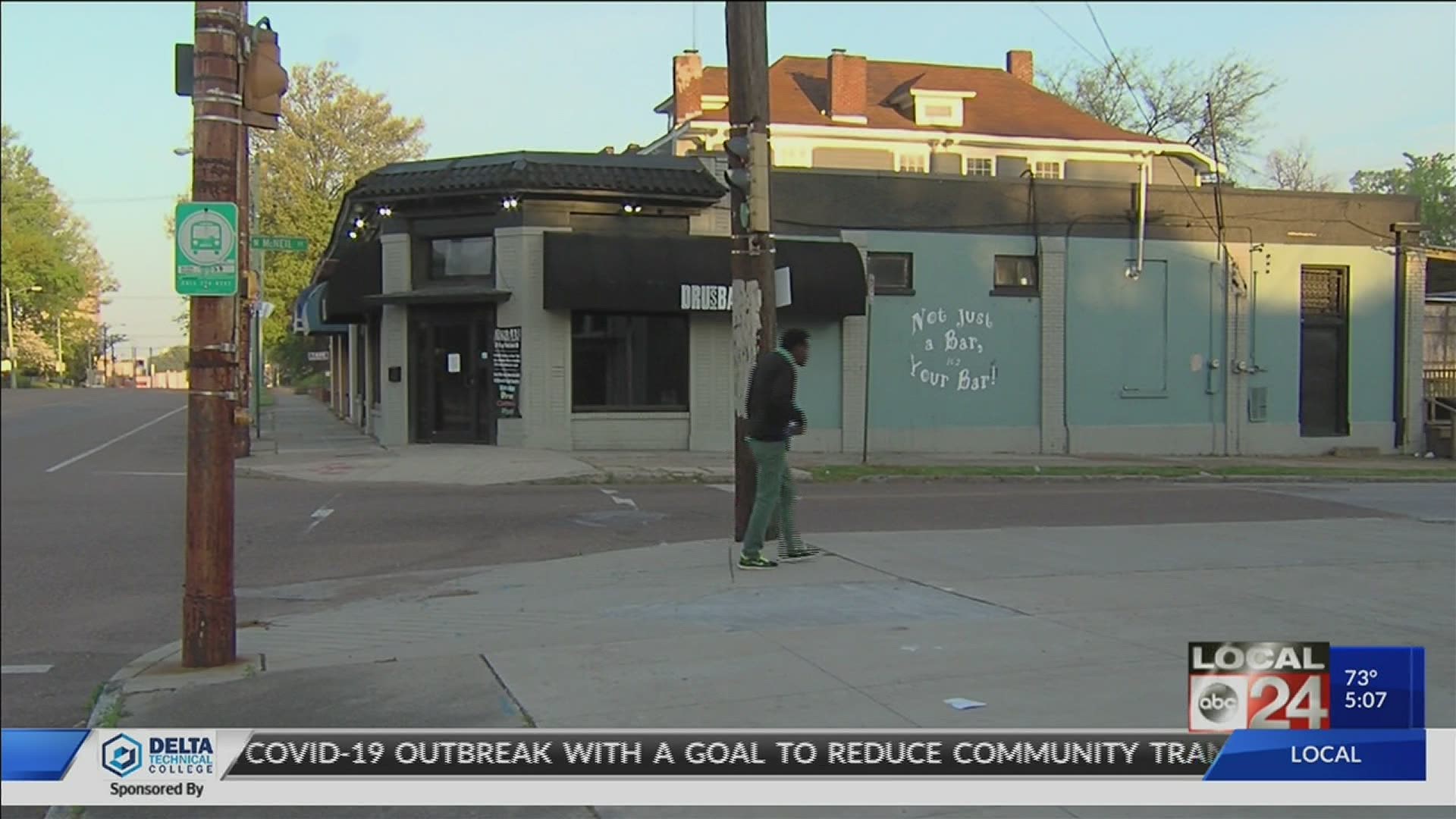 MEMPHIS, Tenn. — Dru's Place bar sat dark and empty when otherwise it would have been a busy Thursday night. Hours later it would be the target of thieves.

Around 2:45 a.m., the owner of Dru's Place, Tami Montgomery, said three men broke into a storage unit behind the bar and stole tools.

Thankfully, Montgomery said, a neighbor witnessed the break in and called police right away, who then were able to arrive quickly. As Montgomery was told, the three men crashed the car while trying to get away and then ran, leaving all but one tool behind.

"There's always going to be people that prey on anything this is vulnerable and that's what this creates for businesses. Normally we're open for 13 to 14 hours a day so it leaves a smaller window," Montgomery said. She added that she didn't know if the break in had anything to do with COVID-19.

Since the break in, Montgomery has enhanced her security system. During the pandemic, other businesses like bars on Beale Street have taken precautions by boarding up windows to prevent looting.

Most recently, Local 24 covered another early morning burglary at electronics company ADI, where the suspects drove a car into the building.

Shelby Co. Sheriff's Department spokesman Capt. Anthony Buckner reports that since the start of the pandemic, overall all crime is down about 30% in unincorporated Shelby Co.

"It is concerning that when a business is closed, it is concerning that some might seek that as an opportunity to burglarize. So, as a part of this response to COVID-19, one of the things we've been trying to do is increase our visibility," Buckner said.

Buckner said SCSO advises businesses to take precautionary steps to move valuables away from the front entrance and out of sight, get a security system if money allows and if a business already has a security system make sure it is working properly.

The tools from Dru's Place were being used to make changes inside the bar. Montgomery said after 12 years of only being an establishment that sells beer, they got approved for a liquor license.

"We had just got our liquor license the day before the shutdown came through so yeah, we've been completely reconstructing business and this was going to be our big year," Montgomery said. "Coronavirus put a little bit of a damper on that for a minute."

After investing thousands of dollars to make the switch, her business has now sat closed for three plus weeks and they're barely skating by. The burglary adds insult to injury.

Montgomery encourages others to follow suit like their neighbor did by keeping a watchful eye on closed businesses.

"Anyone that lives around a business during this, please keep your eyes open. Try and help those business owners out because this is a time that they really can't afford anything else," Montgomery said. "They're just trying to figure out how to survive at this point."

MPD did not get back to Local 24's request for an interview but online crime reports show that the number of burglaries, which includes home burglaries and not just businesses, was down during the first three weeks of the pandemic compared to the three weeks prior to that. 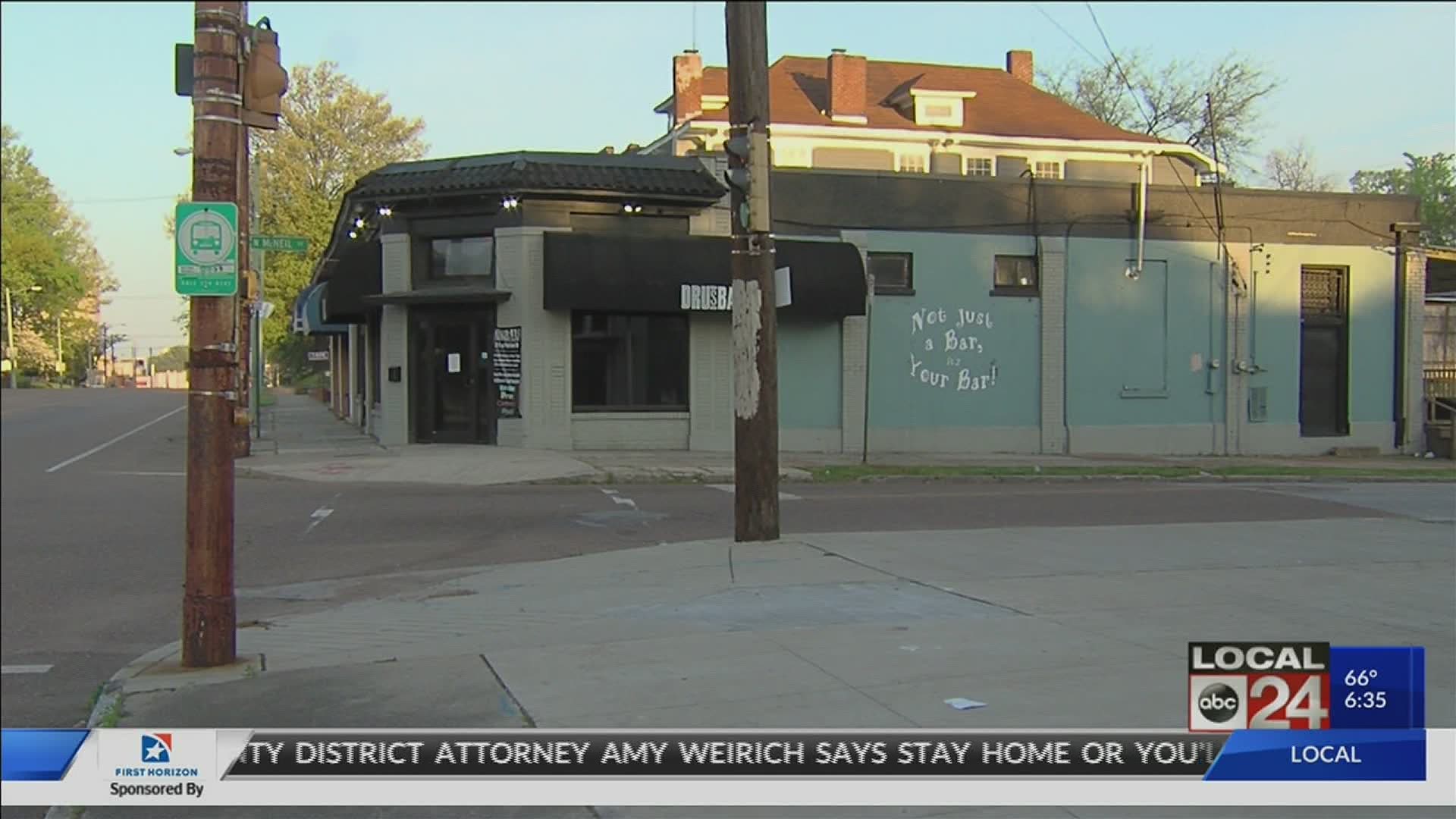 RELATED: It's business as usual for Memphis Public Works and Code Enforcement... almost