At least five Big Ten conference athletes and several players in other conferences have tested positive for myocarditis, or heart muscle inflammation. 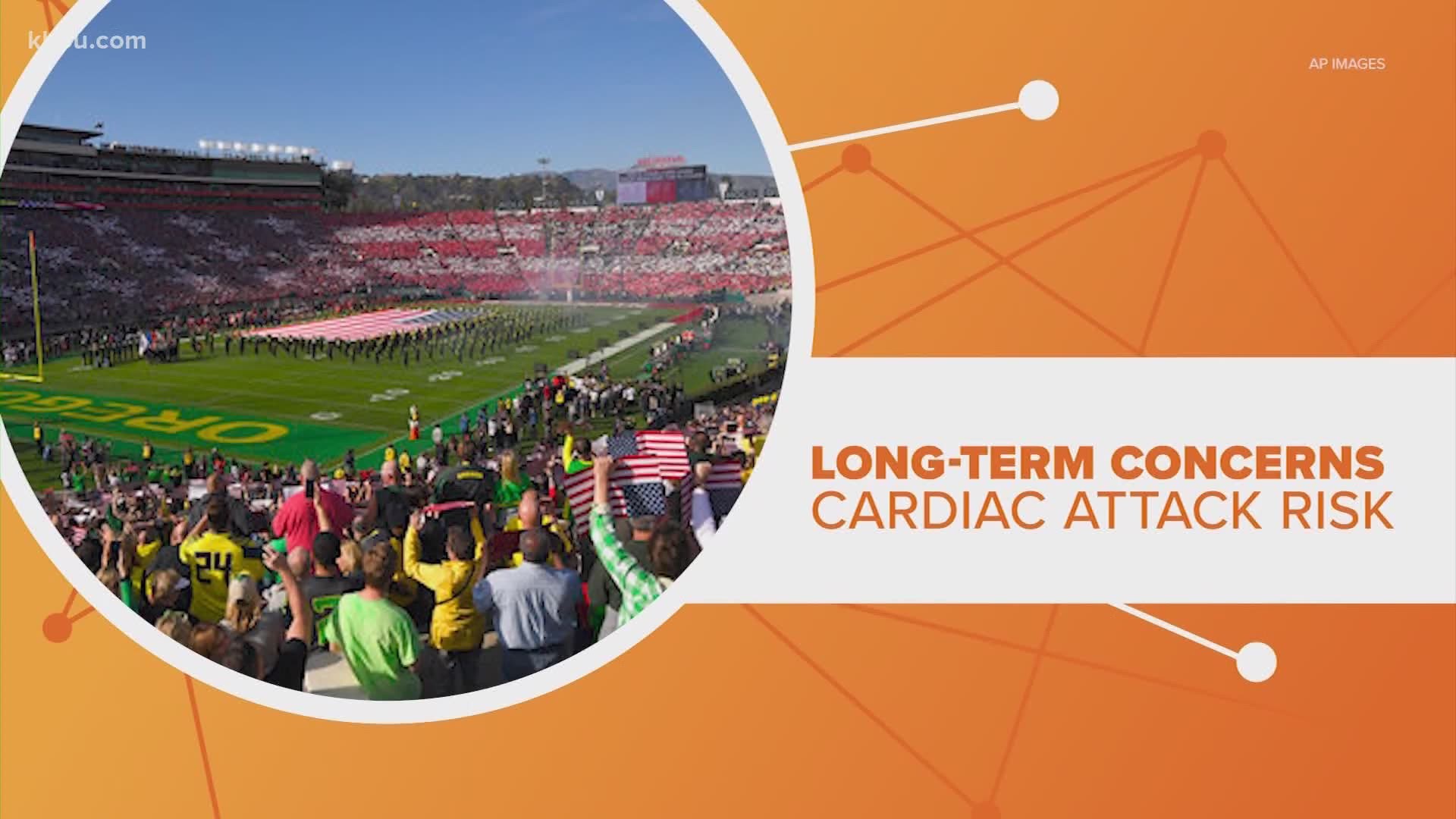 There are a lot of factors going into the decisions being made right now about college sports, but it looks like the long-term health effects of coronavirus are at the heart of it.

There is evidence that coronavirus is leaving some patients with heart damage. So far, the studies have been limited but at least one found 78 percent of coronavirus sufferers had the damage weeks and months after their diagnosis. And while that is not good news for anyone, it would be especially bad for college players hoping to play professionally or at least have successful college careers.

ESPN is reporting that at least five Big Ten conference athletes and several players in other conferences have tested positive for myocarditis. The condition is inflammation of the heart muscle and it’s usually caused by a viral infection.

It’s rare, but it’s being found in people who have recovered from coronavirus even if their symptoms were not severe.

This is causing concern for officials and leaders in college sports. In most cases, the inflammation clears up after taking it easy for a few months. But for some patients that inflammation causes scar tissue, putting them at risk for cardiac arrest triggered by exercise.

According to reports, several colleges are starting to screen athletes for the condition.